Hainan Airlines plans to formally launch nonstop service between Beijing and Oslo on May 15.

This will be the first direct route between mainland China and Norway as well as the airline’s first nonstop Nordic service.

The Beijing-Oslo route, with three round trip flights weekly on Mondays, Wednesdays and Fridays, will be serviced by an Airbus A330-300 aircraft with 32 seats in business class and 262 seats in economy class. 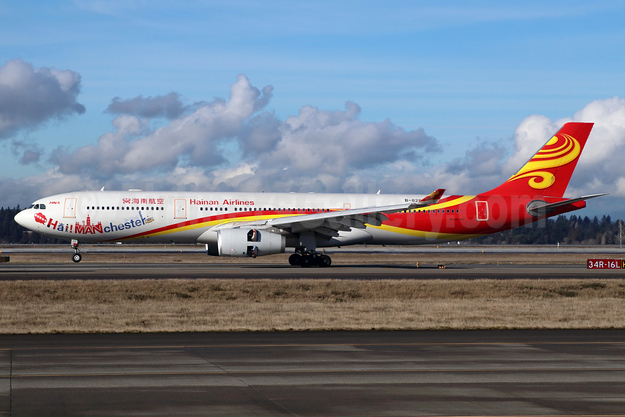 Hainan Airlines (Haikou and Beijing) on May 25, 2018 will open a new twice-weekly Shenzhen – Tianjin – Vancouver route. The new route will operate with Airbus A330-300s.

Hainan Airlines Holding Co., Ltd. is scheduled to launch a new service between Vancouver, Tianjin and Shenzhen on May 25. Following the roll-out of the Toronto-Beijing and Calgary-Beijing services, this will be Hainan Airlines’ third flight between Canada and China as well as the airline’s 15th service to a destination in the US and Canada.

As 2018 has been proclaimed as the Canada-China Year of Tourism, the launch of the new service will take the cooperation between the two countries on tourism to a new level. 2018 also marks the 10th anniversary of Hainan Airlines’ first flight to a destination in North America. Over the past 10 years, Hainan Airlines’ route network covering North America has experienced rapid development. In addition to the direct routes to and from destinations in Canada, Hainan Airlines has launched 12 services between cities in the US, including Los Angeles, Las Vegas, Seattle, San Jose, Chicago, Boston and New York, and major cities in China.