Delta Air Lines and Sabre announced on Monday a transformative global distribution agreement that will evolve their long-standing partnership and drive change in the travel industry through commercial and technological innovation. The new, value-based, multi-year distribution agreement represents an industry-first model that creates value for the entire travel ecosystem, including travel agencies and travelers.

“Our vision is to shift the mindset of the entire ecosystem toward modern retailing, selling customers what they want, where they want it and how they want it across all channels,” said Delta’s Jeff Lobl, Managing Director – Global Distribution. “We are grateful to Sabre for their innovative and pioneering spirit in taking this journey with Delta and establishing a new and exciting path forward for third-party distribution.”

Aligning the interests of the global travel marketplace, the companies expect the innovative distribution agreement to transform the way travel partners do business – ensuring Sabre-connected travel buyers continue to have access to Delta’s content globally and enabling Delta to continue to extend its reach with Sabre’s valuable network of global travel buyers.

Delta’s omni-channel, customer-centric approach invests across all channels to build experiences and capabilities to provide consumers with an elevated shopping experience in their preferred channel. This new approach to retail transformation will create value for all stakeholders in the ecosystem by enhancing traveler experiences and offering customer choice.

“Sabre is on a journey to create a new marketplace for personalized travel. Technology innovation combined with collaborative partnerships are key to realizing our vision,” said Wade Jones, Chief Product Officer for Sabre Travel Solutions. “This new agreement is one example of that partnership philosophy, and our innovation to transform our storefront experience reinforces this by ensuring Delta and Sabre’s mutual customers can shop with confidence and see the value of the offerings available to them.”

The New Airline Storefront, developed by Sabre in collaboration with Delta, CWT and other thought-leading partners, is now fully available in Sabre Red 360 and provides digital “shelves” that better organize an airline’s offerings in a side-by-side display to enhance the traveler’s shopping experience – driving value for both sellers and buyers across the travel ecosystem.

“Sabre’s new airline storefront and rich content makes it easier to understand new airline product offerings and simplifies the purchasing decision. CWT is a strong supporter of a collaborative approach to address an improved user experience for our counselors; equating to a better trip planning experience for the traveler,” said Erik Magnuson, V.P. – Product Management, Mobility & Payments for CWT. “We see the storefront as another big step in providing the best value and personalization our customers demand.”

Rita Visser, Director – Global Travel Sourcing & GPO for Oracle, add, “We are excited about this agreement and expect the underlying innovation to simplify the booking process and significantly improve the experience for our travelers.”

This continued focus on innovation demonstrates advancements in Delta’s strategy across all channels, building experiences and capabilities that provide consumers with an elevated shopping experience in their preferred channel of choice.

“Both our new GDS approach with Sabre and their transformative new storefront are two important steps forward in evolving the retail shopping experience for travelers while creating value for all stakeholders across the ecosystem,” said Lobl. “By focusing on value, travelers will benefit from greater choice and visibility to all product offerings while corporations will benefit from their travelers being more comfortable in their preferred booking channel and within their travel policies.” 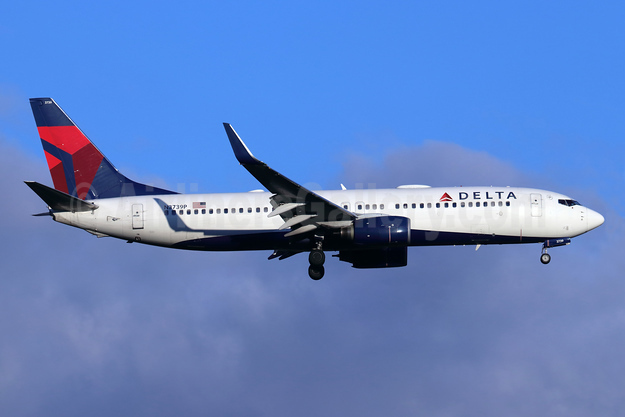 The flight will be operated on a Boeing 737-800 aircraft, featuring First Class, Delta Comfort+ and Main Cabin seating; free entertainment on seatback screens or a personal device through Delta Studio; Wi-Fi for purchase; and power accessible from every seat.

Seattle-Tampa service will operate on the following schedule:

The winter and spring growth continue a trend for Delta in Seattle, where the airline grew by five percent this summer, primarily through larger aircraft on existing routes. Service from Seattle to destinations in the West region expanded through additional seats, with peak-day seats to Las Vegas, Los Angeles, Phoenix, San Diego and San Jose up 23 percent on average over summer 2018. Delta also launched its popular Airbus A220 aircraft on the Seattle-San Jose route and launched additional A220 routes this fall, while the new Airbus A330-900neo, featuring the airline’s next-generation Delta One Suite and Delta Premium Select cabin, debuted on Seattle-Shanghai in July and has since expanded to the Seoul-Incheon and Tokyo-Narita routes.

Delta continues to be Seattle’s fastest-growing carrier, having added nearly 100 new departures and more than doubled the number of peak-day seats offered since 2014. The airline launched service in April from Seattle to Osaka, its fifth destination in Asia and a significant addition to the Delta and Korean Air trans-Pacific joint venture partnership. The U.S. Department of Transportation recently reached a decision to award Delta five more slots at Tokyo’s Haneda Airport, with service from Seattle expected to begin in summer 2020.

Flights will operate on the following schedule:

The service will operate on Delta’s Boeing 737-800 aircraft, with seating for 16 in First Class, 36 in Delta Comfort+ and 108 in Main Cabin. Customer experience onboard includes free in-flight streaming entertainment via Delta Studio and seatback screen, power ports and access to Wi-Fi available at every seat.

Detroit Metro Airport’s McNamara Terminal, home to Delta’s hub, is the premier connecting facility in the eastern region of the U.S., offering more than 400 peak day departures throughout the U.S. as well as service to Asia, Europe, Latin America and the Caribbean.

Service from Detroit to San Jose, Calif. debuts Nov. 15 while nonstop service to Honolulu is set to begin on June 29, 2019.

This winter, Delta will operate over 100 flights per week to 15 Caribbean destinations from JFK. The new schedules are as follows: 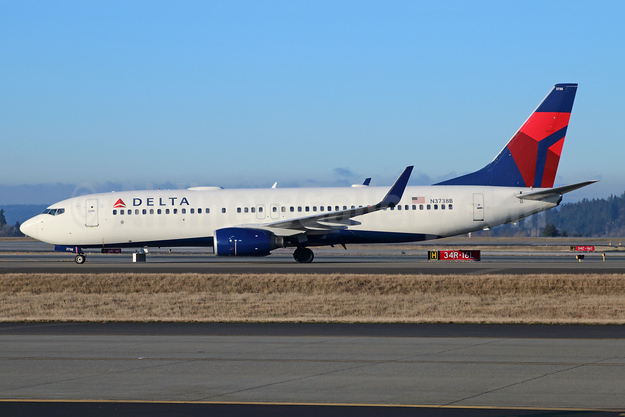 Delta Air Lines on November 15, 2018 will add Detroit – San Jose, CA service. The daily route will be operated with Boeing 737-800 aircraft according to Airline Route.

Delta Air Lines is planning to again operate winter seasonal service from its Atlanta hub to Palm Springs, CA. According to Airline Route, initially the route will be operate daily during the Christmas holidays starting on December 20, 2018 with Boeing 737-800 aircraft. The route will revert to weekly Saturday service on January 5, 2019.

This winter, Delta will operate up to 145 flights per week to 16 Caribbean destinations from JFK. The new schedules are as follows:

Delta’s new Caribbean service from New York complements a number of recent and upcoming enhancements to the airline’s domestic offerings. From JFK, Delta will launch new daily service to San Jose, Calif., in June, while also growing its Dallas service to three times daily by September and adding an eighth nonstop to Delta’s Atlanta hub, a fifth nonstop to Delta’s Detroit hub and additional increased nonstop frequencies to top business markets including Charlotte, Cleveland,  Indianapolis, Nashville, Norfolk, and Washington, D.C. Service to the West Coast has grown this summer to include four daily flights to San Diego and six daily trips to Seattle, with dedicated Delta One service on select flights to those destinations as well as to Las Vegas. Finally, Delta has increased the number of seats with new Airbus A321 aircraft and renovated Airbus A320s, both of which offer seatback entertainment, on a mix of routes, specifically to destinations across Florida.

Delta is New York’s largest carrier with more than 500 peak-day departures to more than 130 destinations worldwide from its hubs at LaGuardia Airport and John F. Kennedy International Airport — including more destinations from New York State than any other airline. Delta has invested more than $2 billion in New York airport infrastructure over the past seven years and is currently building a new, $3.9 billion, 37-gate facility at LaGuardia. Delta and its more than 10,000 New York-based employees are part of the fabric of the New York community, acting as the official airline of Madison Square Garden, the New York Yankees, the New York Mets, Chelsea Piers and the Whitney Museum of American Art. The airline also partners with more than 40 community organizations. In 2018, Delta paid out more than $110 million in profit sharing to its New York employees and contributed one percent of its net income from the previous year to key charitable organizations, including organizations in New York.

Delta Air Lines is celebrating its 20th anniversary serving Costa Rica, El Salvador, Guatemala and Panama this month. Two decades ago, Delta took its first steps in what has grown to be one of the most important operations in the Americas, connecting customers to its extensive network across the U.S. and the world.

Since 1998, nearly 11 million passengers have flown Delta to and from the four Central American nations:

Delta’s journey in the region started with the goal of providing greater connectivity to these countries. Together, Delta people began to build a footprint of excellence, diversity, and integrity that has shaped our culture throughout the years.

Currently, Delta offers an average of 15 daily flights to the region.

Delta’s daily BOS-LAS schedule is conveniently timed for both business and leisure travelers:

The onboard experience will be on Boeing 737-800 aircraft with seating for 16 in First Class, 36 in Comfort+ and 108 in the main cabin, featuring in-flight entertainment at every seat and streaming via Delta Studio in addition to Wi-Fi access.

Recent Delta service increases include an additional daily flight to San Diego that began in 2017 and Seattle beginning in July 2018 for improved intra-West connectivity. Las Vegas service provides Boston customers with a new and convenient gateway to top intra-west destinations such as San Jose and Orange County, California (SNA).

Delta is continuing its investment in Boston by reaching 112 peak day departures by this summer, an increase of 19 departures compared with summer 2017 and 29 departures over summer 2016. Delta and its partners serve 50 total destinations from Boston, including 17 international destinations and the largest transatlantic network. 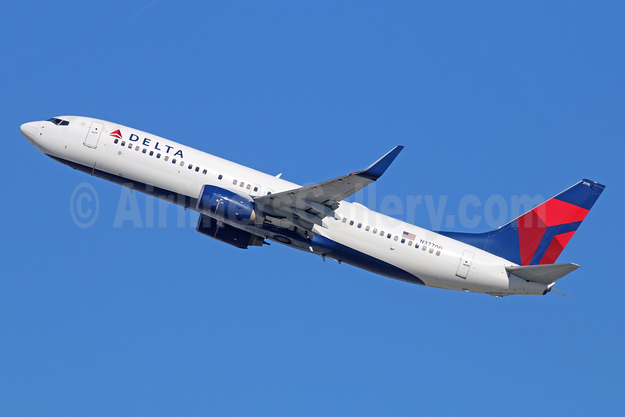 Delta Air Lines (Atlanta) is planning to add three new domestic routes from its Seattle/Tacoma (SEA) hub in June. According to Airline Route, the airline will add daily Airbus A319 service from SEA to Indianapolis starting on June 18, 2018.