The Norwegian carrier saw its traffic grow to over 1.3 million passengers in April, which is 137,400 (11 percent) more passengers in April than the same month last year. However Norwegian’s traffic figures for April were affected by Easter, the biggest travel weekend. Easter occurred in the last weekend in March 2011.

Cimber Sterling (Copenhagen) filed for bankruptcy protection with the court in Sønderborg, Denmark this morning. The airline has ceased all operations. The airline commenced operations under this name in March 2009.

The announcement by the airline (in Danish): CLICK HERE

Cimber Sterling (Copenhagen) reported a deepening operating loss in the second quarter of $43.1 million according to this report by Reuters.

As a result the company has announced a new strategy that will see the airline shrink to a Scandinavian regional carrier in partnership with Skyways. The airline will also phase out its Boeing 737 fleet in the next few years. 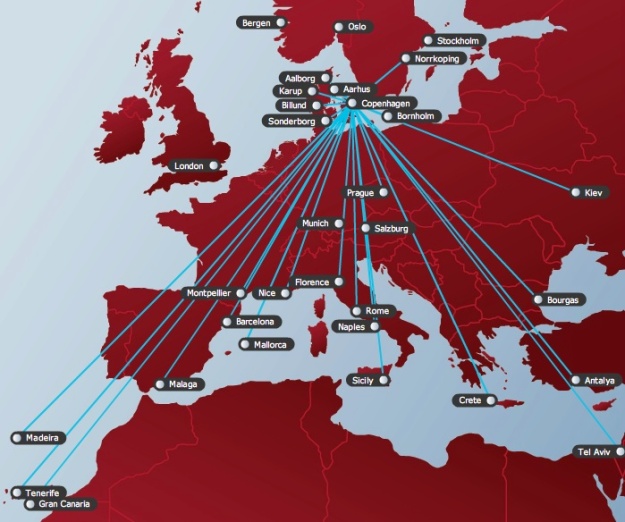 Cimber Sterling (Copenhagen) will launch the Copenhagen-Kiev route on October 30. 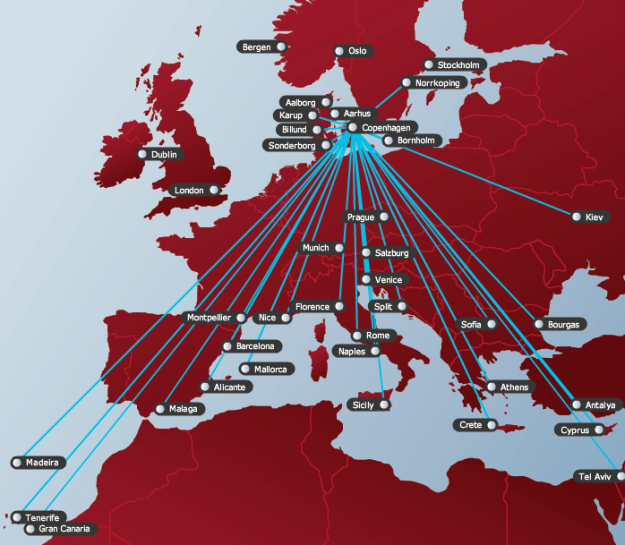 Cimber Sterling has now confirmed the deal into which was entered on a non-binding basis in June, which will give Ukrainian billionaire Igor Kolomoisky a stake of about 70 percent.

Cyprus-based Mansvell Enterprises, 75 percent-owned by Kolomoisky, recently acquired Swedish regional airlines Skyways (Stockholm) and City Airline (Gothenburg). It is the intention of Mansvell to eventually merge all of the Nordic airlines.

“Cimber Sterling entered into a non-binding term sheet with Mansvell on June 16, 2011 with a view to finalizing an agreement for Mansvell’s subscription of shares in Cimber Sterling against a cash contribution, subject to certain terms and conditions being fulfilled.

The subscription agreement is a result of Cimber Sterling’s negotiations with Mansvell, which has taken place since June 16, 2011.

The completion of Mansvell’s subscription is subject to certain customary conditions being fulfilled or waived including: Approval by the general meeting of Cimber Sterling of the capital increase directed at Mansvell Approval of Mansvell as majority shareholder of Cimber Sterling by the Danish Transport Authority Merger control approval in relevant jurisdictions.

Subject to the terms and conditions being fulfilled or waived, Mansvell has irrevocably undertaken to subscribe for 110,500,000 new shares of a nominal value of DKK 1.00 each at a subscription price of DKK 1.50 by way of a cash contribution, which will result in gross proceeds to Cimber Sterling in the amount of approximately DKK 165m.

In a separate announcement Cimber Sterling will convene an extraordinary general meeting with a view to obtaining the shareholders’ approval of the capital increase. Dialogues with the relevant authorities have been initiated and it is the intention of Cimber Sterling and Mansvell that the required approvals will be obtained prior to the extraordinary general meeting.

Major shareholders of Cimber Sterling making up approximately 46% of the outstanding share capital have irrevocably undertaken to vote in favour of the directed share issue.

If the conditions of the subscription agreement are fulfilled or waived and the directed share issue is completed, Mansvell will become a new majority shareholder in Cimber Sterling with an ownership of approximately 70% which will trigger an obligation for Mansvell to make a mandatory takeover offer pursuant to applicable Danish law, unless Mansvell applies for and obtains a special dispensation from the Danish Financial Supervisory Authority. It is Mansvell’s intention to maintain the listing of Cimber Sterling on NASDAQ OMX Copenhagen A/S and it is Mansvell’s wish that as many of Cimber Sterling’s existing shareholders as possible remain shareholders in the company going forward. Major shareholders representing 46% of the outstanding share capital have undertaken not to tender their respective shareholdings in a mandatory tender offer.

Mansvell recently acquired Swedish regional airlines Skyways, operating out of Stockholm, and City Airline, operating out of Gothenburg. Besides significantly strengthening the capital base of Cimber Sterling, it is the intention of Mansvell to create a leading Nordic regional airline utilizing the synergy effects with the existing Swedish operations and with the investment in Cimber Sterling, Mansvell will conclude a significant step towards this ambition.” 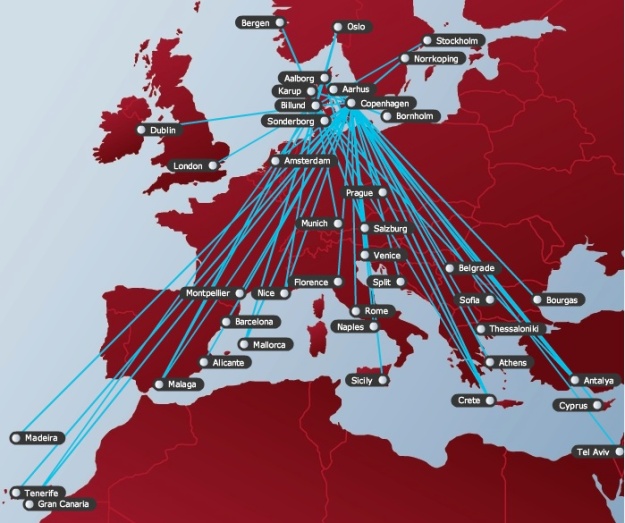 Cimber Sterling (Copenhagen) is expected to report a fiscal year loss (ending on April 30) in the range of $36-38 million. The company is seeking additional capitalization.

Cimber Air (Billund) on December 3, 2008 acquired some of the assets of defunct Sterling Airlines (Copenhagen) which had previously filed for bankruptcy protection on October 29, 2008. The new expanded airline was renamed Cimber Sterling on January 7, 2009.

Read the financial statement from the airline: CLICK HERE 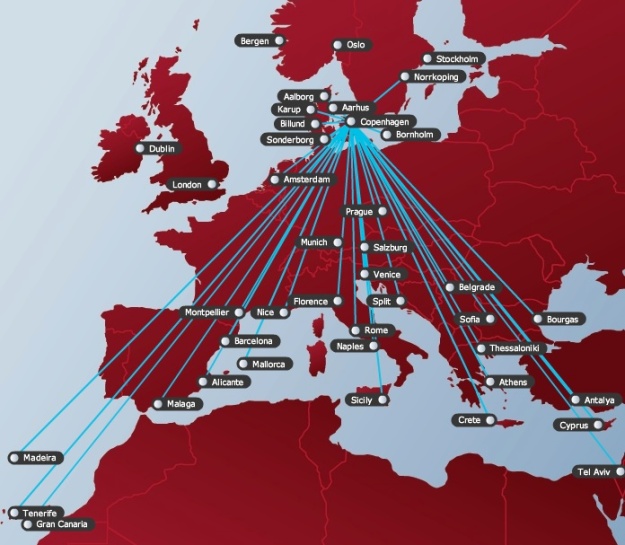 Please click on the AG icon for a direct link to the Cimber Sterling photo gallery. 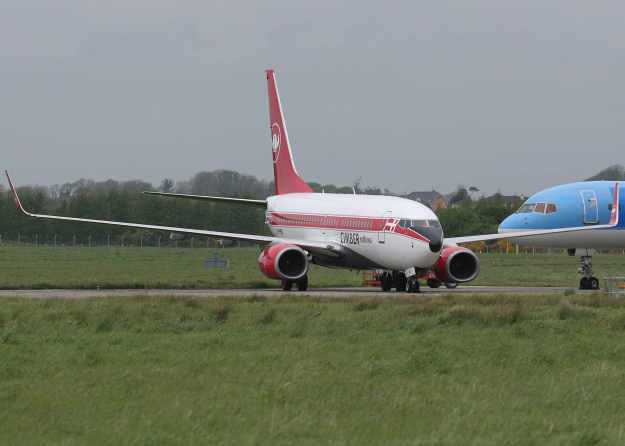 Cimber Sterling (Copenhagen) has painted the first Boeing 737 in the new colors. Cimber Air acquired some of the assets of Sterling Airlines in January 2009 including the AOC, aircraft and domain web addresses. It has been operating the former Sterling aircraft (mainly in Sterling.com titles). This new airline will replace defunct Sterling Airlines.