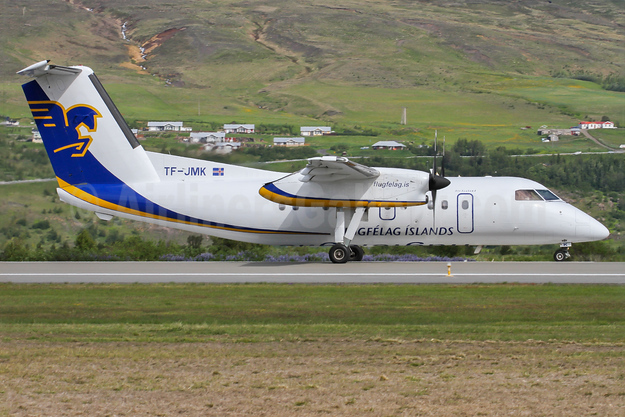 “We have used the name Air Iceland for years, but by adding the word Connect, we are showing our connection to Icelandic nature and destinations, connecting with our foreign destinations such as Greenland, Scotland and Northern Ireland and distinguishing ourselves slightly from Icelandair. This is a global, descriptive name, and we are convinced that it will create a strong airline brand in the international aviation market,” says Árni Gunnarsson, Managing Director of Air Iceland Connect.

“The company has been working on these changes for some time, renewing the fleet, increasing co-operation with Icelandair, receiving more and more foreign tourists and defining our market policy even better. It is the next logical step to do away with this dual naming system and introduce one descriptive and global brand,” says Árni.

The name change will, of course, take some time, and the domain www.flugfelag.is will remain active but will forward the user to the company website at www.airicelandconnect.com

In addition to a complete renewal of Air Iceland Connect’s fleet, in which Fokker airplanes were replaced by new and better Bombardier Q400 and Q200 airplanes, the company has in the last few months scheduled flights between Akureyri and Keflavík, increased flights to Greenland and Scotland and from 1 June, a new destination will be added, Belfast in Northern Ireland.