Fabio Lazzerini – CEO and DG of ITA-Italia Transport Aereo said “In 6 days we’re commencing”.
ITA has communicated some details of the “big announcement” scheduled for next Friday.

Since yesterday, the airline has begun to make itself known pending take-off scheduled for next Friday, where the new website will also appear. There will be a video without a brand, because we still don’t know, what we will call ourselves and you will know it next Friday, said Lazzerini. who adds “the brand is historical and well-known, it has its pros and cons, with a glorious history and some stumbling blocks”. From what he said at that price we are not interested in the Alitalia brand. There may be a plan B, as the company has said through President Alfredo Altavilla.

Codeshare and interline agreements start with the departure of international and intercontinental flights. These are the first steps taken by ITA before take-off. There was no shortage of contacts for the alliance, talks have been underway for some time with Air France – KLM – Delta on the one hand and Lufthansa in tandem with United on the other. The decision could be made in the first part of 2022 to start a close commercial and industrial collaboration.
The merger and acquisition starts on October 16, 2021 with an external advisor. Also on the 15th it will be known who will be the consultants already chosen. Milan Linate airport is confirmed as a reference airport for business traffic. It is an important investment, said Lazzerini, many frequencies from the beginning, perhaps more than necessary even to certain destinations, but the slots in the hands is what ITA wants to preserve. In Rome they are there, they can be returned and requested. In Milan Linate if they are not maintained, they are lost and never come back. This is the concept. He believes that between the end of winter 2022 and spring, again 2022, there is a return on investment at Linate.
Rome remains the carrier’s hub, the double theory has paid heavily so far, so Fiumicino remains the focus airport for ITA. In Milan Malpensa there will be one flight a day to New York JFK starting from summer 2022. Then, only the cargo with an alliance with a big player to be identified. Because planes to buy or rent are no longer on the market today. The operation with the “preighters” leaves it aside, in order not to risk that the collapse of the prices of the transport of goods, can quickly lead to the loss of avalanches of money with the return of hold spaces in long-haul scheduled flights.

Meanwhile in Shannon, the first aircraft of the Italian airline appeared freshly painted, on the fuselage a large tricolor message on the fuselage “Born in 2021” and “Operated by ITA” under the glass of the flight deck.
Marco Finelli reporting from Italy.

Newly-born Italia Trasporto Aereo (ITA) will replace the loss-making Alitalia. The Treasury of Italy has reached a deal with the European Commission for ITA to replace the current debt-ridden Alitalia on October 15, 2021 with 52 aircraft.

The ITA SpA Board of Directors today under the chairmanship of Alfredo Altavilla, met and approved the guidelines of the 2021-2025 Business Plan.

ITA will be able to acquire the assets necessary to manage the flight division through direct negotiation with Alitalia currently in Extraordinary Administration.

ITA will start with a slot allocation consistent with the initial size of its fleet, maintaining 85% of the slots currently held by Alitalia at Milan Linate Airport and 43% of the slots at Rome Fiumicino International Airport, the latter being less congested than Linate and with a greater availability of slots that can be acquired to support the growth in flights expected over the period of the plan.

The following are the main aspects of the Business Plan approved today: 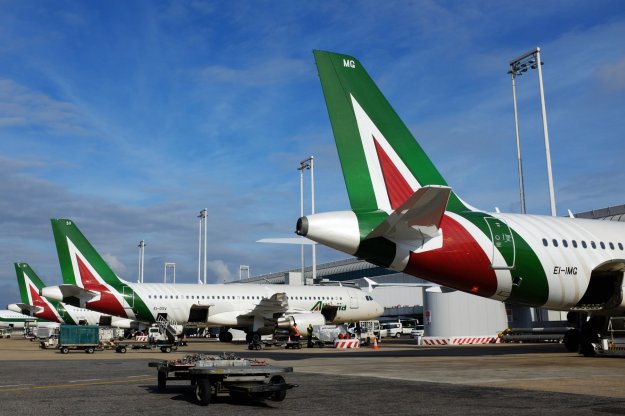 Fleet
ITA will initially operate with a fleet of 52 aircraft, 7 of which are wide body and 45 narrow body.
In 2022 the fleet will grow to 78 aircraft (+26 on 2021) of which 13 are wide body (+6 on 2021) and 65 narrow body (+20 on 2021).
From 2022, new generation aircraft will begin to be added to the fleet, which will progressively replace older technology aircraft.
At the end of 2025 the fleet will grow to 105 aircraft (23 wide body and 82 narrow body), with 81 new generation aircraft (equal to 77% of the total fleet) which will significantly reduce the environmental impact and optimize the efficiency and quality of the offer.

Employees
ITA will start its operations in 2021 with a range 2,750-2,950 employees which will rise at the end of the plan (2025) to 5,550-5,700 people. All people will be hired with a new employment contract that ensures greater competitiveness and flexibility in comparison with other operators in the sector. Network
ITA will concentrate on profitable routes from Rome Fiumicino and Milan Linate.
At the start of operations, the company will serve 45 destinations with 61 routes that will rise to 74 destinations and 89 routes in 2025.
In the IATA Winter 2021 season, ITA will operate routes to New York (from Rome and Milan), Tokyo Haneda, Boston and Miami (all three from Rome).
With the IATA Summer 2022 season the company plans to launch new flights to Sao Paulo, Buenos Aires, Washington and Los Angeles.
On the short and medium-haul network, ITA plans to operate connections from Rome Fiumicino and Milan Linate to its main European destinations (including Paris, London, Amsterdam, Brussels, Frankfurt, Geneva, with the expectation of further increasing the number of destinations and frequencies already with the IATA Summer 2022 season).
There are numerous other international routes served from Rome (including, for example, those to Madrid, Athens, Tel Aviv, Cairo, Tunis and Algiers).

The European Commission has found that an Italian aid measure of €39.7 million to support Alitalia is in line with EU State aid rules. This measure aims at compensating the airline for the damages suffered on certain routes due to the coronavirus outbreak during the period between 1 March and 30 April 2021.

Alitalia is a major network airline operating in Italy. With a fleet of over 95 planes. In 2019, the company served hundreds of destinations all over the world, carrying about 20 million passengers from its main hub in Rome and other Italian airports to various international destinations.

The restrictions put in place in Italy and other countries to limit the spread of a second and third wave of the coronavirus pandemic have heavily affected Alitalia’s operations. As a result, Alitalia incurred significant operating losses until at least 30 April 2021.

On 25 June 2021, Italy notified to the Commission an additional aid measure to compensate Alitalia for further damages suffered on certain specific routes from 1 March to 30 April 2021 due to the emergency measures necessary to limit the spread of the virus. The support will take the form of a €39.7 million direct grant, which corresponds to the estimated damage directly caused to the airline in that period according to a route-by-route analysis of the eligible routes. This follows the Commission decisions of 12 May 2021, 26 March 2021, 29 December 2020 and 4 September 2020 approving Italian damage compensation measures in favour of Alitalia, compensating the airline for the damages suffered from 1 to 31 January 2021, 1 November to 31 December 2020, 16 June to 31 October 2020 and 1 March to 15 June 2020 respectively.

The Commission assessed the measure under Article 107(2)(b) of the Treaty on the Functioning of the European Union (TFEU), which enables the Commission to approve State aid measures granted by Member States to compensate specific companies or sectors for damage directly caused by exceptional occurrences. The Commission considers that the coronavirus outbreak qualifies as such an exceptional occurrence, as it is an extraordinary, unforeseeable event having significant economic impact. As a result, exceptional interventions by the Member State to compensate for the damages linked to the outbreak are justified.

The Commission found that the Italian measure will compensate for damages suffered by Alitalia which are directly linked to the coronavirus outbreak that qualifies as exceptional occurrence. The damage is calculated as the loss of profitability on certain routes due to the travel restrictions and other containment measures during the relevant period. It also found that the measure is proportionate, as the route-by-route quantitative analysis submitted by Italy appropriately identifies the damage attributable to the containment measures, and therefore the compensation does not exceed what is necessary to make good the damage on those routes.

On this basis, the Commission concluded that the additional Italian damage compensation measure is in line with EU State aid rules.

Financial support from EU or national funds granted to health services or other public services to tackle the coronavirus situation falls outside the scope of State aid control. The same applies to any public financial support given directly to citizens. Similarly, public support measures that are available to all companies such as for example wage subsidies and suspension of payments of corporate and value added taxes or social contributions do not fall under State aid control and do not require the Commission’s approval under EU State aid rules. In all these cases, Member States can act immediately.

When State aid rules are applicable, Member States can design ample aid measures to support specific companies or sectors suffering from the consequences of the coronavirus outbreak in line with the existing EU State aid framework. On 13 March 2020, the Commission adopted a Communication on a Coordinated economic response to the COVID-19 outbreak setting out these possibilities.

In this respect, for example:

In case of particularly severe economic situations, such as the one currently faced by all Member States due the coronavirus outbreak, EU State aid rules allow Member States to grant support to remedy a serious disturbance to their economy. This is foreseen by Article 107(3)(b) TFEU of the Treaty on the Functioning of the European Union.