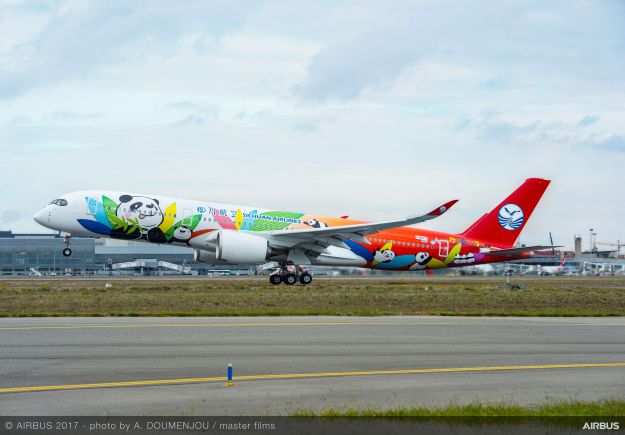 Sichuan Airlines, the largest all Airbus fleet carrier in China, has taken delivery of its first A350-900 leased from AerCap in Toulouse today, becoming the first Chinese mainland operator via leasing to take delivery of the world’s newest and most efficient twin-engine widebody aircraft.

Powered by Rolls-Royce Trent XWB engines, Sichuan Airlines’ A350-900 aircraft features a comfortable two-class cabin layout of 331 seats: 28 business, and 303 economy. The airline will initially operate the new aircraft on its domestic routes, followed by its international “Panda Routes”.

By the end of July 2018, Airbus recorded a total of 890 firm orders for the A350 XWB from 46 customers worldwide, already making it one of the most successful widebody aircraft ever.