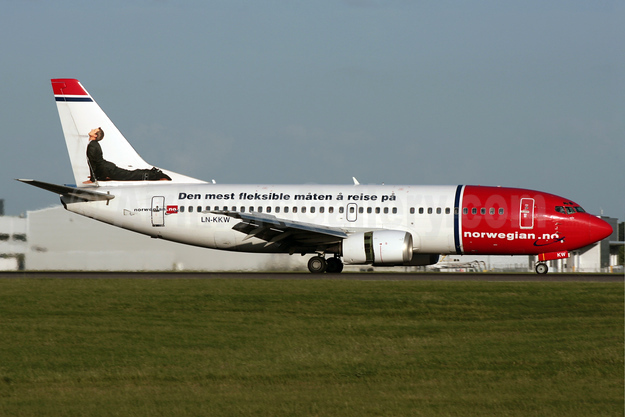 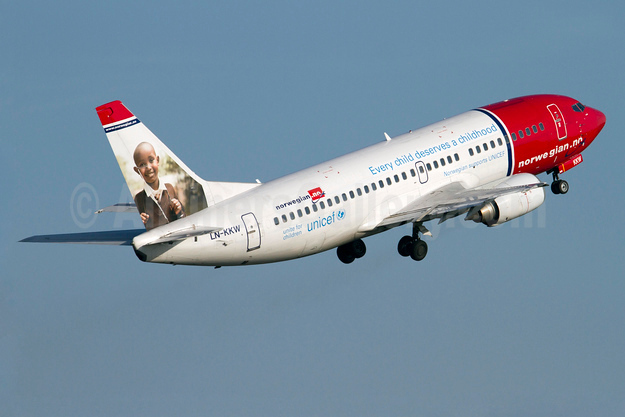 Copyright Photo: Klaus Ecker. Boeing 737-3K9 LN-KKW (msn 24213) is seen on the tarmac at Munich. The inscription on the fuselage reads "Every child deserves a childhood".

Norwegian Air Shuttle (Norwegian.no) (Norwegian.com) (Oslo) is again supporting the UNICEF (United Nations Children’s Fund), this time with this logojet. UNICEF was created by the United Nations General Assembly on December 11, 1946, to provide emergency food and health care to children in countries that had been devastated by World War II.