Boeing and Air Peace of Nigeria today announced a new order for ten 737 MAX 8 airplanes (above) during a signing ceremony in Lagos (below).

The airline, which recently added Boeing 777s (below) to its fleet, is looking to soon launch its international flight operations. 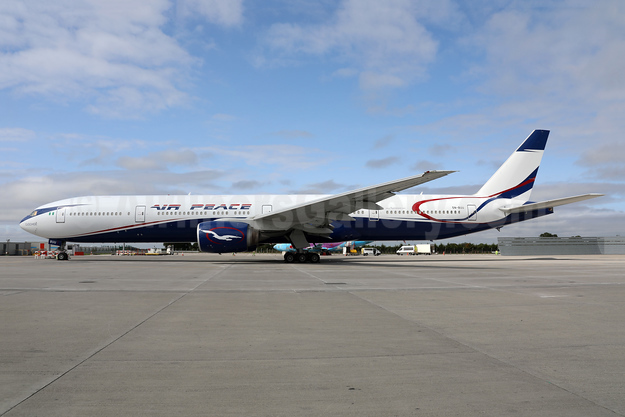 The 737 MAX 8 is part of a family of airplanes that offer 130 to 230 seats and the ability to fly up to 3,850 nautical miles (7,130 kilometers). With improvements such as the CFM International LEAP-1B engine and Advanced Technology winglets, the 737 MAX will help Air Peace save more than 20 percent on fuel costs compared to its current single-aisle airplanes.