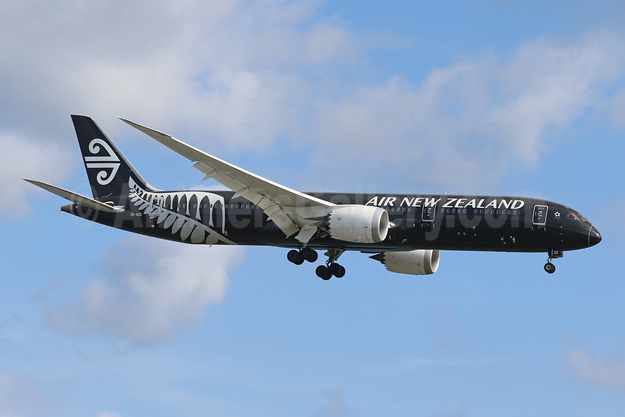 Air New Zealand has looked back at its operation in 2018:

Of its most frequent flyers, an Auckland based customer flew a whopping 639,000 kilometers in 2018 – the equivalent to 15 circuits of the earth – making them Air New Zealand’s farthest flyer for the year.

The airline’s most frequent flyer took 371 flights in 2018, and the top three travellers together clocked up 1.25 million kilometers in the air– earning more than 31,000 Airpoints Dollars between them.

Keeping customers fed, watered and caffeinated on the 17 million journeys the airline enables annually is an around-the-clock operation, and since 1 January 2018 –

Travellers enjoyed thousands of hours of inflight entertainment, with The Greatest Showman the most viewed film on Air New Zealand flights – seen 168,500 times in the past year. Kiwi band Six60’s track Closer was the most listened to, with around 6,500 hits each month.

More customers also chose to minimise the footprint of their flights in 2018, with close to 27,000 tons of carbon offset this calendar year.

Air New Zealand Chief Marketing and Customer Officer Mike Tod says the airline keeps close eye daily on traveller preferences so that it can deliver what matters most to them.

“Air New Zealand prides itself on our warm Kiwi service on the ground and in the air. And customers continue to appreciate the taste of the nation when they are with us, whether it be the selection of our outstanding New Zealand wines or menus created by our award-winning chefs Peter Gordon and Michael Meredith,” Mr Tod says.

“We’d like to thank those who have travelled with us in 2018, which has had its fair share of challenges, as schedules have been disrupted by the impact of issues with the Rolls Royce engines that power some of our 787s and significant weather events around the country.”

Following the launch of direct flights to Chicago and Taipei, 2019 is shaping up to be the airline’s biggest year yet, with Air New Zealand expecting to fly 18 million customers in the coming 12 months.