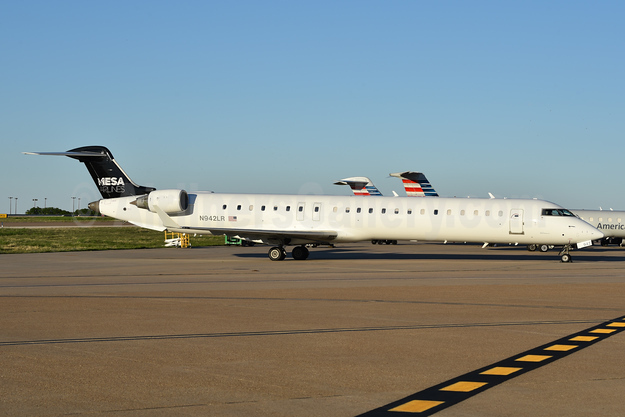 Mesa Airlines is now operating at least two Bombardier CRJ900s in an all-white fuselage condition with its updated 2015 logo on the tail.

The CRJ900s are based at Dallas-Fort Worth International Airport (DFW) and mainly operated for American Airlines.

The pictured N942LR was previously painted in the full American Eagle livery.

Mesa has partnered with the American Airlines brand since its first codeshare agreement with America West in 1992 and later with US Airways. Today, the Company operates 64 CRJ900 and 1 CRJ200 aircraft for American. Mesa operates two bases in DFW and Phoenix (PHX) for the AA contract.

However the lack of American Eagle markings allows Mesa to operate the aircraft on their own charters and as back-up aircraft for its customers.