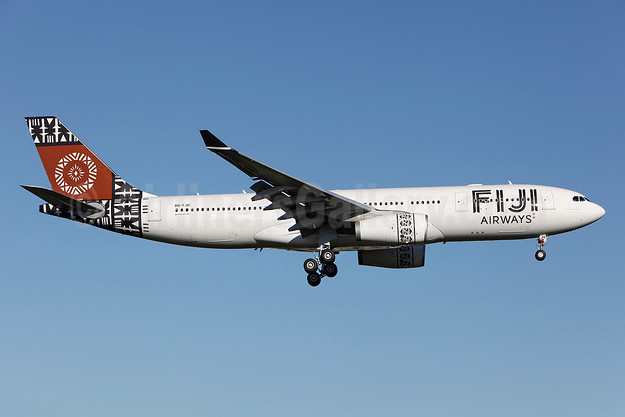 Fiji Airways (2nd) (Nadi, Fiji) has announced details from its five-year strategic plan approved by the airline’s board in mid-December 2013.

(1) The airline will increase its fleet size by 25% with new Airbus A330-200, Boeing 737-800s and ATR 72-600s aircraft. The additional aircraft will support plans to increase the number of available seats and passengers across all markets by 35% and 39%, respectively.

Stefan Pichler, Fiji Airways’ Managing Director and CEO, states “Our aim is to be a world-class airline matched by an ambitious but solid financial plan that expands on current successes and takes our airline to a new level.”

In addition to increasing financial stability, building and maintaining a strong and loyal workforce also remain imperative. “We plan to increase total staff numbers by 28.5%. Part of our vision for 2017 is to be the Fijians’ employer of choice,” says Pichler.

(3) In terms of network expansion, Fiji Airways will focus on the deliberate selection of new routes and airline partnerships through detailed scheduling studies and interlining and code-sharing opportunities. Recent amendments resulting from the plan include new direct Sydney-Suva and Apia-Suva services and changes to some Auckland-Nadi departure times.

Copyright Photo: Michael B. Ing/AirlinersGallery.com. Airbus A330-243 DQ-FJT (msn 1394) prepares to touch down in Los Angeles.