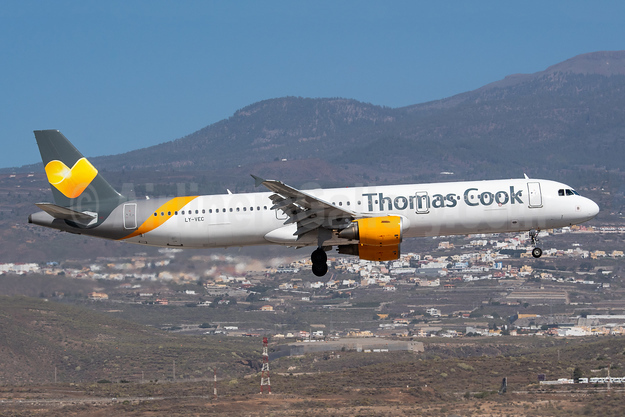 Thomas Cook has received inquiries for its business and also parts of its business according to the BBC. The company put its airline division up for sale in February.

Thomas Cook Group plc is a British global travel company. It was formed on June 19, 2007 by the merger of Thomas Cook AG.

For the 2019 summer schedule the group is making these changes:

The Thomas Cook Group Airline is taking delivery of two additional Airbus A321 aircraft, which will be added to the Condor fleet for the 2019 summer flight schedule.
The jets will be in service for Thomas Cook Airlines UK from winter 2019/20 afterwards.
The Group Airline recently announced to include two further Airbus A321 for summer 2019, and will have a total of 105 aircraft then. Its short- and medium-haul fleet has been expanded by four additional own aircraft in total compared to the previous year.
Two Airbus A321s fly for Condor and are stationed in Leipzig and Hanover in summer 2019. In Leipzig, Condor is significantly increasing capacity with around 100,000 additional seats to the Mediterranean, the Canary Islands, Turkey and Egypt. Another A321 is flying in Germany as well, the fourth airplane completes the A321 fleet of Thomas Cook Airlines UK.
Top Copyright Photo: Thomas Cook Airlines (UK) (Avion Express) Airbus A321-211 LY-VEC (msn 3267) TFS (Wingnut). Image: 946248.
Thomas Cook (UK) aircraft slide show: