Starbow became the first Ghana-based operator of the Q400 turboprop when it launched service with a Q400 NextGen aircraft wet-leased from Falcon Aviation Services LLC of Abu Dhabi. The aircraft is one of six that Falcon ordered from Bombardier in 2014.

Starbow has joined more than 50 owners and operators of Q400 and Q400 NextGen aircraft worldwide, and has become the 18th member of the family in Africa.

Starbow is a privately owned airline headquartered in Accra, Ghana. Operating domestically from its base at Kotoka International Airport, it is the largest Ghanaian airline. Starbow began domestic flights out of Kotoka International Airport on September 26, 2011 and is currently serving Accra, Kumasi, Takoradi and Tamale Airports. Starbow is developing and executing its fleet renewal strategy. 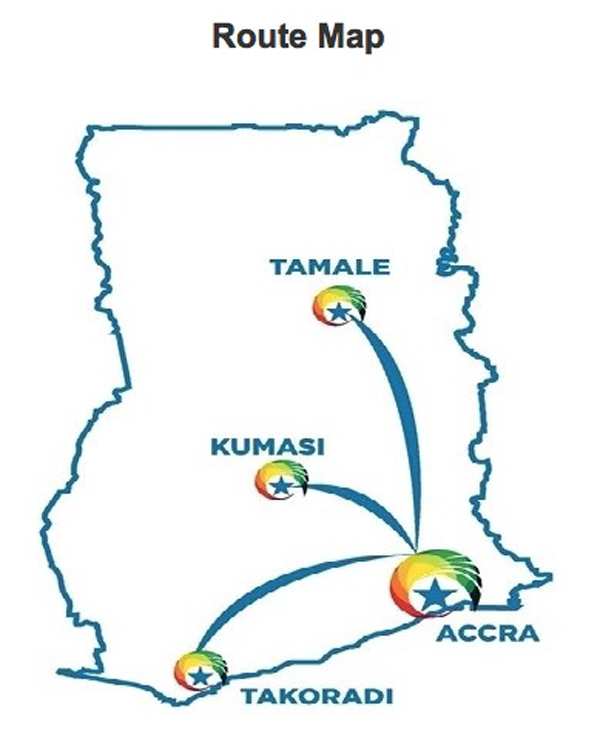