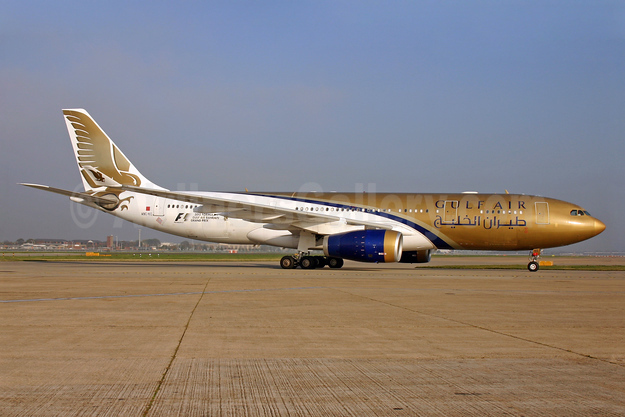 Gulf Air recently carried out a strategic 360 degree assessment of its business. This included looking into how the airline can best nurture and develop its network, fleet, product, workforce, customers and much more. At the event, Mr. Kučko unveiled the airline’s new corporate strategy for 2018 and beyond, outlining its key pillars. They are: Safety, Network Growth, Innovation, Human Resources, Customer Focus, Revenue Vs Cost and most significantly the national carrier’s role as a contributor and key driver of the local economy as it promotes the Kingdom of Bahrain globally and operates as its ambassador worldwide.

In the coming months, Gulf Air’s highly anticipated incoming fleet of 39 new Boeing and Airbus aircraft will commence delivery. A total of 7 new aircraft, 5 Boeing 787-9 Dreamliners and 2 Airbus A320neo aircraft, will enter the airline’s fleet before the end of the year.

With this development, major positive change is on the horizon. Gulf Air’s new fleet will be outfitted with superior on-board products and services (some of the best in class: seats, Inflight Entertainment and much more). With aspirations to be best in class across both its wide and narrow body fleet, Gulf Air’s new business class offering will compete with the first class standard of other airlines while its economy class product will afford enhanced onboard comfort.

The airline plans major network expansion coinciding with its new aircraft deliveries. Gulf Air will add eight new destinations to its network this year. In India, its current operations to Delhi, Chennai, Kochi, Mumbai, Trivandrum and Hyderabad, will be enhanced by flights to Bangalore and Calicut. Gulf Air will also commence flights to the Saudi Arabian cities of Abha and Tubuk. This will expand its Saudi Arabia operations to complement its current service to Dammam, Riyadh, Madina Al Munawarah, Jeddah and Gassim. Gulf Air’s Cairo operations will be supplemented by direct flights to Alexandria and flights to Sharm El Shaikh. The airline will also launch operations to Baku in Azerbaijan and to Casablanca in Morocco.

Alongside this, frequency changes to key routes in 2018 will enhance Gulf Air’s offering of seamless movement to and from the Kingdom of Bahrain – and across its network. Gulf Air will increase its flights during the peak summer period by 200 more weekly flights compared to 2017.

Mr. Kučko also spoke of upcoming plans to rollout a new brand identity very soon. The new look and feel for Gulf Air will, alongside its new fleet, new network, new products and services, represent the “Gulf Air of tomorrow”.

Shedding light on the national carrier’s more long term development he elaborated that the airline’s planned strategic growth in the years 2019-2023 will see it strengthening its regional base and then supplementing that with an expanded network that will reach various points across the globe. This includes: Asia Pacific, Europe, Africa, the Indian Subcontinent and, ultimately, North America. By 2023 Gulf Air’s reach will have expanded to over 60 destinations.