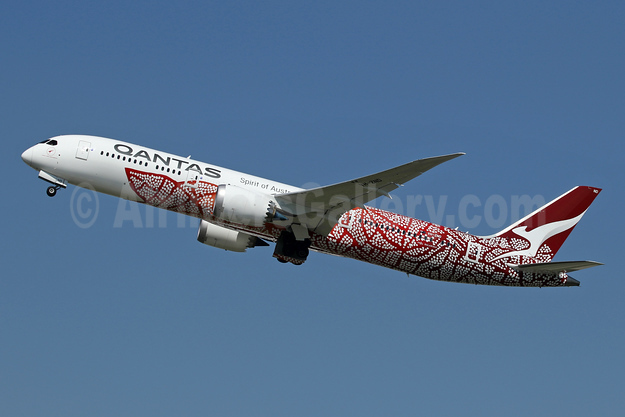 QANTAS Airways on May 2 announced an order for six additional Boeing 787-9s to fly on its international network, bringing its fleet of Dreamliners to 14 by the end of 2020.

The arrival of the new aircraft will enable the airline to accelerate retirement of its last six Boeing 747s – an aircraft type that has been in its fleet in various forms since 1971.

QANTAS Group CEO Alan Joyce said the announcement was an important moment for the national carrier.

“This really is the end of one era and the start of another. The jumbo has been the backbone of QANTAS International for more than 40 years and we’ve flown almost every type that Boeing built. It’s fitting that its retirement is going to coincide with our centenary in 2020,” Mr Joyce said.

“Over the years, each new version of the 747 allowed QANTAS to fly further and improve what we offered passengers. The Dreamliners are now doing the same thing.

“The 787 has better economics and a longer range, and its already opened up new routes like Perth to London. With a larger fleet of Dreamliners, we’ll be looking at destinations in the Americas, Asia, South Africa and Europe.

“By the end of 2020 we’ll have farewelled the 747, finished upgrading the cabins of our A380s, and welcomed our fourteenth 787. That’s a great proposition for our customers and creates some really exciting opportunities for our people,” added Mr Joyce.

Interiors of the additional 787s will feature the same configuration as the existing aircraft. The QANTAS Dreamliner carries fewer passengers than the larger 747 (236 seats vs 364) and has a greater focus on Business and Premium Economy seating.

However, the reduced maintenance needs of the 787 plus more efficient aircraft patterning and reduced payload restrictions on long routes mean the actual impact on overall capacity for QANTAS International is expected to be negligible. The Dreamliner burns approximately 20 per cent less fuel.

There are currently ten 747-400s left in the fleet and these will be steadily retired between July this year and the end of 2020.

QANTAS received the last of its 747s new from Boeing in 2003, which will be 17 years old at time of retirement.