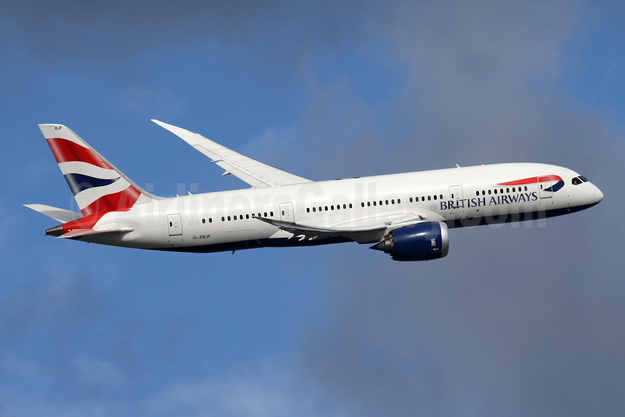 The new route takes the number of daily flights between London and Japan offered as part of British Airways’ joint business with Japan Airlines up to 32 per week.

Japan Airlines will also offer a code share on the new service, further strengthening the joint business and giving customers more opportunities to earn and redeem Avios loyalty points across the network.

The route will be operated by one of British Airways’ newest aircraft, the Boeing 787-8 Dreamliner.

British Airways is also adding four cities to its joint business agreement with Japan Airlines, with the BA code being put on flights between Tokyo Haneda and Miyazaki, Kumamoto, Komatsu and Matsuyama.

British Airways will launch 17 new routes across the globe this year including direct flights to Durban that start next month. These new routes come as the airline rolls out a £4.5 billion investment plan for customers over the next five years, which includes the installation of the best quality WiFi and power in every seat, fitting 128 long-haul aircraft with new interiors and taking delivery of 72 new aircraft.

British Airways operates all flights to Japan in cooperation with its joint business partners: Japan Airlines, Finnair and Iberia. The airline’s Siberian Joint Business partner, Finnair, flies direct between Helsinki and Osaka with up to 10 direct services a week.

In November the airline celebrates 70 years of flying to Tokyo.

The service schedule between Heathrow and Osaka is as follows:

In other news, British Airways is to launch new three-times-a-day flights from London City Airport to the Bavarian beer capital of Munich next year.

The year-round flights, which start on February 16, 2019 means British Airways will offer four German routes from London City, with each-way hand baggage only fares to Munich from £59.

As well as the new service British Airways will also add extra winter frequency on the popular Berlin, Dublin and Prague routes from November 10, 2018 and to Geneva from December.

Return flights to Berlin will go up to 18 a week, Dublin to 38 a week, Prague to seven a week and Geneva to 16 a week from December.

One of British Airways’ top customers, Siemens, who opened their new corporate headquarters in Munich in 2016, have welcomed the new route.

Mark Jenkinson, Cities Director at Siemens said: “This is positive news for London and its business community keen to do business in Germany. For a company like Siemens which has a significant presence close to the airport with our Crystal building, as well as being headquartered in Munich, launching regular direct flights will help encourage business growth and facilitate important customer delegations. We look forward to the route becoming operational, helping our customers and employees alike”.

The news comes after British Airways announced in August it will be adding four new aircraft to its fleet based at London City, as well as starting a new daily service to Rome and adding a fifth daily year-round service to Zurich in October.

The year-round Rome route starts on November 11, 2018 with one-way hand baggage only fares from £55.