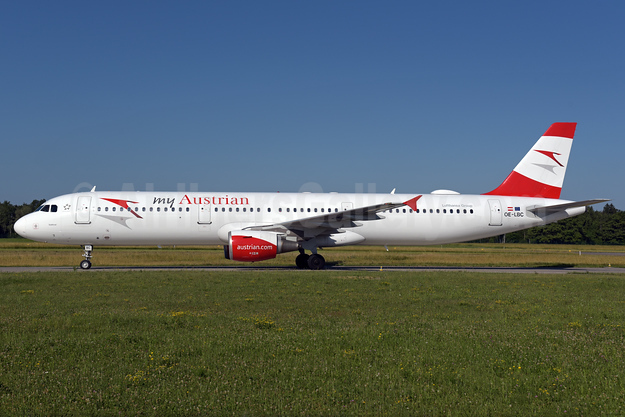 “We are pleased with the new all-time high in passenger volume. Despite competition from low-cost carriers, an increasing number of people are deciding to fly with Austrian Airlines. However, we are feeling the impact of competition on the earnings side. Moreover, the high jet fuel prices burden business results”, comments CFO Wolfgang Jani.

The adjusted earnings before interest and taxes (adjusted EBIT), the most important performance indicator in the Lufthansa Group, fell by eleven percent or EUR 10 million to EUR 83 million in 2018. As a result, the adjusted EBIT margin was down from 3.9 percent to 3.8 percent. Moreover, a special effect of EUR 40.5 million was reported in 2018, namely the changed accounting treatment for jet engine overhauls. Excluding this effect, the adjusted EBIT would have declined by 55 percent. Earnings before interest and taxes, which also includes book gains from sales of aircraft or aircraft parts, decreased by ten percent or EUR 10 million, from EUR 100 million in 2017 to EUR 90 million in 2018.

In terms of its route network, Austrian Airlines can point to a good track record with respect to the realignment of its long-haul destinations. As is publicly known, it terminated flight service in 2018 to long-haul destinations such as Colombo, Havana and Hong Kong which did not function very well, and increased frequencies on existing North America routes.

“This strategy seems to be working. The advance bookings for the summer of 2019 are looking very good”, emphasizes CEO von Hoensbroech. At the end of March, respectively end of April 2019, Tokyo will be included once again in the route network and the airline will also begin operating flights to the Canadian city of Montreal.

The growth of the fleet and the improved product offering was also reflected in passenger volumes. In the period January to December 2018, Austrian Airlines transported 13.9 million passengers, which comprises a new passenger record once again since the airline was founded in 1957. One million more people flew with Austrian Airlines in 2018, a rise of eight percent. The flight offering in available seat kilometers (ASK) climbed by six percent. Nevertheless, the airline succeeded in more effectively marketing the expanded offering. Capacity utilization (passenger load factor) clearly improved to 79.3 percent from the prior-year level of 76.8 percent.

In 2018, Austrian Airlines operated a total of 150,963 flights using 83 aircraft, or an average of 414 flights per day. The regularity of operation was 98.0 percent, whereas the punctuality rate on arrival equaled 77.2 percent.

The total staff of the Austrian Airlines amounted to 7,083 employees as at the balance sheet date of December 31, 2018 (2017: 6,914 employees). The increase of 169 employees representing a rise of two percent is mainly related to the hiring of flight attendants.

Outlook 2019: A year of challenges

Austrian Airlines anticipates a challenging year 2019 due to strong competition from low-cost carriers at Vienna Airport and upcoming investments in aircraft, digitization of workplaces, devices and its product offering. “The #DriveTo25 strategy we presented will give us the necessary boost to earnings to enable us to make the necessary investments”, says Austrian Airlines CEO Alexis von Hoensbroech. “However, the strategy also simultaneously involves restructuring measures and investments. This will be accompanied by intensified competition in Vienna. For this reason, we expect a weaker year 2019.”

As announced in January 2019, Austrian Airlines plans to upgrade its medium-haul fleet with ten additional aircraft by the year 2021, investing a total of EUR 200 million. On balance, this will increase the airline’s offering in Vienna by more than ten percent. At the same time, Austrian Airlines will phase out its turboprop aircraft earlier than planned.