KLM has posted this salute to aviation the Netherlands:

At this location, precisely 100 years ago, the First Aviation Exhibition Amsterdam (ELTA) was held. At today’s event, speakers looked back on 100 years of Dutch aviation and forward to a sustainable future.

King Willem Alexander was on hand to mint a special commemorative coin, and Minister Cora van Nieuwenhuizen of Infrastructure and Water Management was presented with a special series of aviation postage stamps. There was also a flypast of modern and vintage aircrafts over the waters of the IJ, behind Amsterdam Central Station.

At the event, speakers commemorated the contribution these Dutch pioneers had made to international civil aviation and discussed the challenges facing airlines in the Netherlands, which are committed to operating in a smart, sustainable and economically viable manner. The King also met with students participating in a special challenge for the centenary year. The students presented their innovative ideas for a number of sustainability issues.

Economic impulse for the Netherlands

Over the past 100 years, the Dutch aviation industry has served as an ambassador and figurehead for the Netherlands in the global community. To this day, our industry continues to give a positive impulse to the economy of the Netherlands. The Dutch pioneering spirit has ensured that many hundreds of millions of people worldwide have been brought together, thanks to the efforts of our founding fathers. As Albert Plesman so aptly put it: “The ocean of the air connects us all.” 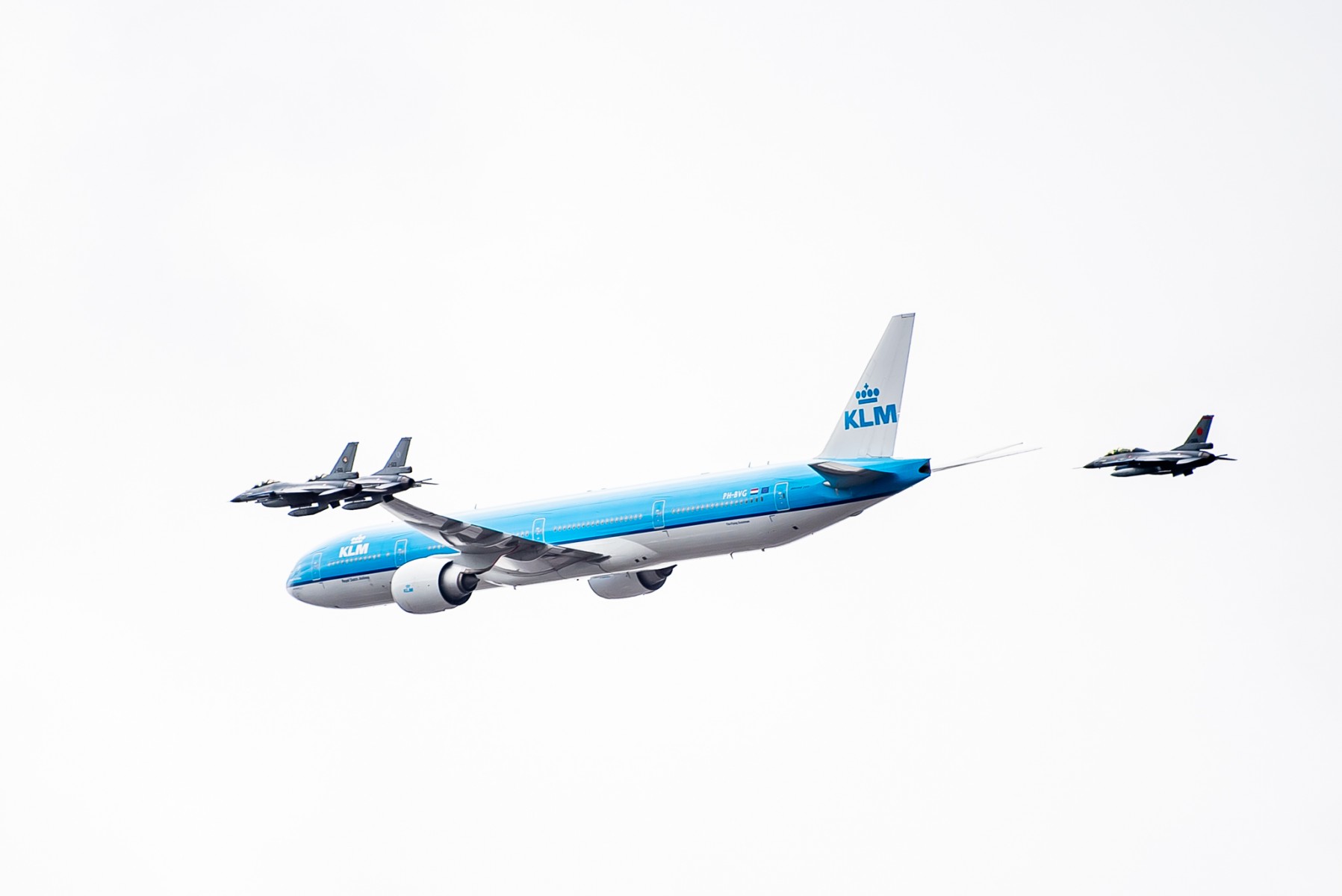 At the gathering, presentations were give on the development of international civil aviation and the challenges the Dutch aviation industry faces to keep flying in a smart, sustainable and economically viable manner. Major efforts are required to achieve this, both in the short and long term, which will see the sector pursuing innovations in technology, infrastructure and airspace utilisation.