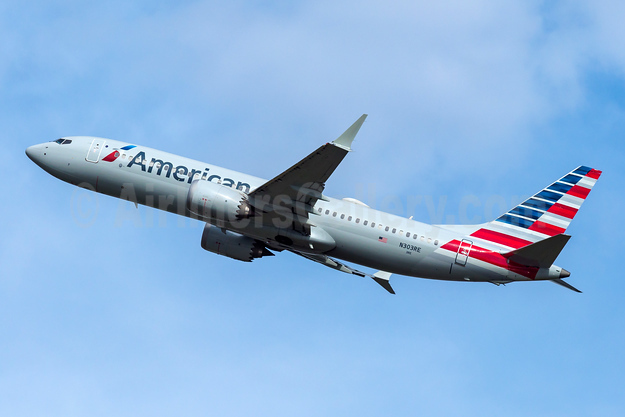 “We want to thank our 130,000 team members for the outstanding job they did to take care of our customers, despite the challenges with our fleet during the quarter. Their hard work led American to record revenue performance under difficult operating conditions,” said Chairman and CEO Doug Parker.

“As we progress toward the busy summer travel period, demand for our product remains strong. However, our near-term earnings forecast has been affected by the grounding of our Boeing 737 MAX fleet, which we have removed from scheduled flying through Aug. 19. We presently estimate the grounding of the 737 MAX will impact our 2019 pre-tax earnings by approximately $350 million. With the recent run-up in oil prices, fuel expenses for the year are also expected to be approximately $650 million higher than we forecast just three months ago.

“Even with these challenges, we expect our 2019 earnings per diluted share excluding net special items2 to grow approximately 10% versus 2018,” Parker continued. “As we look forward to 2020 and beyond, we anticipate that our free cash flow production will increase significantly as our historic fleet replacement program winds down. We are very bullish on our future and focused on creating value for our shareholders.”

Strong passenger demand drove a 1.8% year-over-year increase in first-quarter 2019 total revenue, to a first-quarter record $10.6 billion. Driven by a record first-quarter total passenger load factor of 82.2%, passenger revenue per available seat mile (PRASM) grew 0.6% to 14.49 cents. Cargo revenue decreased 4% to $218 million due in part to a 9.1% decrease in cargo ton miles. Other revenue was up 1.9% to $708 million due primarily to higher loyalty revenue. First-quarter TRASM increased by 0.5% to a record 15.87 cents on a 1.3% increase in total available seat miles. This marks the 10th consecutive quarter of TRASM growth for American.

On March 7, the company announced the unplanned removal of 14 737-800 aircraft from service for remediation work following the installation of new aircraft interiors. This resulted in the cancellation of approximately 940 flights in the first quarter. Work on these aircraft has been completed and all aircraft have been returned to service.

In addition, on March 13, the Federal Aviation Administration (FAA) grounded all U.S.-registered 737 MAX aircraft. The American fleet currently includes 24 737 MAX 8 aircraft with an additional 76 aircraft on order. As a result, American canceled approximately 1,200 flights in the first quarter.

In aggregate, the company estimates that these grounded aircraft and associated flight cancellations impacted its first quarter pre-tax income by approximately $80 million.

The company has removed all 737 MAX flying from its flight schedule through Aug. 19, which is approximately 115 flights per day. These flights represent approximately 2% of American’s total capacity each day this summer. Although these aircraft represent a small portion of the company’s total fleet, its financial impact is disproportionate as most of the revenue from the cancellations is lost while the vast majority of the costs remain in place. In total, the company presently expects the 737 MAX cancellations, which are assumed to extend through Aug. 19, to impact its 2019 pre-tax earnings by approximately $350 million.

Taking care of team members translates into better customer care. We continue to invest in improved tools, training and support for team members and in the first quarter, American:

American has invested more than $28 billion in its people, product and fleet over the past five years — the largest investment of any carrier in commercial aviation history over this period. In the first quarter, American:

With a nearly 100-year legacy, American is building a company that we expect to be consistently profitable today and in the future. This long-term initiative was furthered during the quarter as American:

American declared a dividend of $0.10 per share to be paid on May 22, to stockholders of record as of May 8.