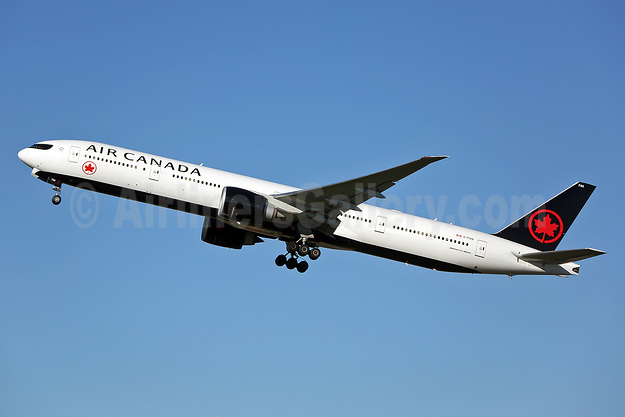 “I am pleased to report excellent first quarter results for Air Canada, despite several challenges in the quarter. We set records of $4.453 billion in operating revenue and $6.877 billion in liquidity for the period and delivered on a system yield improvement of 5.0 per cent over last year’s first quarter. Contributing to our performance was the completion of two key strategic initiatives early in the quarter with better than expected results – our acquisition of the Aeroplan loyalty program and our conclusion of a new capacity purchase agreement with Chorus Aviation for flying by Jazz.  We are further encouraged by strong booking trends entering the busy summer peak,” said Calin Rovinescu, President and Chief Executive Officer of Air Canada.

“These Q1 results, following on records set in previous quarters, are an affirmation of our ability to operate on a sustainably profitable basis, notwithstanding fuel price or foreign currency fluctuations or other unexpected challenges. With respect to our cost containment initiatives, we have now realized or identified savings of $242 million, or 97 per cent, of our previously announced two-year $250 million Cost Transformation Program to December 31, 2019. We also made further progress in lowering our leverage ratio in the quarter, which improved to 1.2.  Our greater financial resiliency was acknowledged during the quarter by a debt-rating upgrade from Standard & Poor’s, which advances us to one level below our goal of investment grade status.  Fitch also recently upgraded our debt rating.

“The grounding of the Boeing 737 MAX aircraft following Transport Canada’s and other regulators’ decisions resulted in the unexpected removal of 24 aircraft from our fleet during the last 18 days of the quarter, with the associated cost and revenue impact.  Our team immediately executed on several significant mitigation measures, including entering into new leases and extensions, contracting other airlines to cover some flights and consolidating flights and frequencies, thereby protecting approximately 98 per cent of our flying from the date of the grounding to April 30. The agility of our business model, the flexibility of our fleet and our team’s “can-do” culture was on full display as we adjusted to these unexpected circumstances. This is further evidence of the changed culture at Air Canada, with its emphasis on nimble decision-making and a focus on customer care,” said Mr. Rovinescu.

“I commend our employees for their adaptability and commitment to taking care of our customers. Through a challenging period, they have stepped up to put our customers first.  And I also thank our customers for their continued loyalty in choosing to fly with Air Canada.”

On capacity growth of 4.6 per cent, record first quarter system passenger revenues of $3.816 billion increased $327 millionor 9.4 per cent from the same quarter in 2018. The increase in system passenger revenues was driven by a yield improvement of 5.0 per cent and traffic growth of 4.2 per cent. The yield improvement resulted from a strong demand environment and included additional yield earned by Air Canada on Aeroplan redemption revenues recorded subsequent to the Aeroplan acquisition on January 10, 2019.

In the business cabin, system passenger revenues increased $90 million or 12.4 per cent from the first quarter of 2018 on traffic and yield growth of 8.0 per cent and 4.1 per cent, respectively.

Air Canada’s cost per available seat mile (CASM) increased 3.7 per cent from the first quarter of 2018. The airline’s adjusted CASM(1) increased 3.2 per cent over the same quarter in 2018. Given that the Aeroplan loyalty business was not consolidated in Air Canada’s financial results in 2018, for a more meaningful comparison of the cost performance of the ongoing airline business, Air Canada’s adjusted CASM for the first quarter of 2019 excludes the operating expenses of Aeroplan.