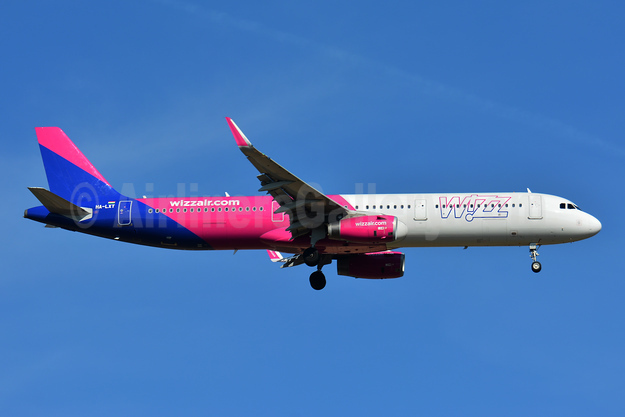 Wizz Air, the fastest growing airline in Europe, celebrated the 15th anniversary of its first flight as well as a remarkable milestone of 200 million carried passengers.

The very first Wizz Air flight took off on May 19, 2004 from Katowice to London Luton. Since then the airline has grown its fleet to 112 Airbus aircraft, including the modern state-of-the-art A321neo aircraft powered by two Pratt & Whitney geared turbofan engines, representing the most efficient single-aisle aircraft in the world. With the exemplary fuel economics and a 239 seat configuration, passengers, choosing to fly with Wizz Air’s A321neo benefit from Wizz Air’s lowest fares while ensuring that they are leaving the smallest environmental footprint per passenger.

Looking back on the past twelve months, Wizz Air has a lot to be proud of: WIZZ has pioneered air travel in Austria by setting up operations from Vienna International Airport; founded Wizz Air UK, a UK-based airline that will soon boast eleven brand new Airbus A320 and A321 aircraft in its fleet; welcomed the 100th aircraft to the WIZZ fleet, decorated with a special livery; opened the state-of-the-art, Budapest-based Training Centre, an investment of over €300 million; opened and commenced flights from the newest Polish WIZZ base in Krakow, as well as added two of the 256 next generation Airbus A321neo aircraft to the rapidly expanding WIZZ fleet.

During the 15 years in service Wizz Air gained trust and loyalty of 200 million passengers. WIZZ reached 100 million passengers in October 2015 and it took less than four years to double that amount. To mark this notable achievement, all passengers of the celebratory flight from Kyiv, Ukraine to Katowice, Poland were greeted by Wizz Air and Katowice International Airport management upon arrival with a small celebration on the ground and EUR 200 vouchers.

József Váradi, the Chief Executive Officer of Wizz Air said: “We operated our first flight in 2004 between Poland and the UK, and today, 15 years later, we celebrate a total of 200 million passengers carried from 146 airports across 44 countries. While it is undeniable that our people are the biggest driver of this achievement, there are also four key elements that have set WIZZ apart from our competitors and helped establish our unrivalled strategic position in Europe. Thanks to our exceptional ULCC business model, we are cost leaders in a commodity industry and one of the most valued airlines in Europe.

Our market leadership and increased focus on the CEE region gives us a unique advantage by allowing us to enter an underpenetrated market, in which we strive to get people into the franchise of flying, rather than compete for the passengers of existing airlines. We have an order of over 250 A321neo aircraft, an extremely valuable asset and a true game-changer for WIZZ, offering the lowest unit cost and environmental footprint per passenger, as well as reduced noise and NOX footprint.

Finally, our culturally diverse organization and leadership team, represented by over 50 nationalities, ensure that we have a truly global vision, take balanced decisions and swiftly adapt to changes in our environment. I thank our customers, partners and of course the WIZZ team for their trust and support during these 15 years behind us and can state without a doubt that we have an even more exciting 15 years ahead.”