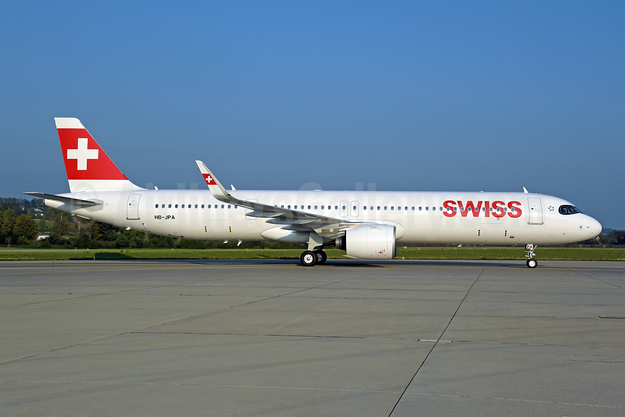 Swiss International Air Lines has has made this announcement:

Swiss is currently faced with structural changes to its market, and expects to see a lasting 20-percent decline in customer demand in the medium term. Thanks to a constructive consultation procedure, however, the corresponding workforce reduction of 550 dismissals for operational reasons, including dismissals in the event of non-acceptance of changed employment terms, is smaller than was expected as recently as last month. In total, SWISS will have downsized its workforce by some 1,700 full-time equivalents by the end of 2021, with two thirds of this reduction achieved through voluntary measures and natural staff turnover. As projected, the SWISS aircraft fleet will also be reduced by 15 per cent. SWISS is living up to all its social responsibilities in all these actions, and is ensuring that these unavoidable dismissals for operational reasons pay maximum regard to all social considerations.

Against the background of the structural ramifications of the coronavirus crisis and what is expected to be a lasting 20-per-cent decline in customer demand in the medium term, Swiss International Air Lines (SWISS) initiated the consultation procedure which was required by law in view of its planned restructuring (see here for details) on 6 May. At the time, up to 780 SWISS employees among the company’s ground and flying personnel potentially faced dismissal for operational reasons (or dismissal in the event of their non-acceptance of changed employment terms) as a result of the projected 15-per-cent reduction in the size of the SWISS aircraft fleet.

After the conclusion of the consultation period which had subsequently been extended to a full three weeks, SWISS was able to reduce the number of such unavoidable dismissals for operational reasons to 550 together with its social partners. By the end of 2021, SWISS will thus have downsized its workforce by around 1,700 full-time equivalents or over 20 per cent, with two thirds of this reduction achieved through voluntary measures and natural staff turnover. The size of the SWISS fleet will be reduced by 15 per cent as previously envisaged. The rescaling and transformation of the company under its ‘reach’ strategic programme should result in savings of some CHF 500 million.

The consultation procedure conducted offered SWISS’s social partners, its employees and their representatives the opportunity to submit suggestions on how potential dismissals could be avoided or reduced in number and/or how their impact could be mitigated. Over 770 such suggestions were received from the company’s employees. As a result, SWISS has been able to lower the total number of dismissals for operational reasons required from 780 to 550, a reduction of around one third. The 550 dismissals include 58 employees who will simultaneously be offered revised employment terms such as a reduction in their degree of employment or a change to their function, who will thus have the option of remaining with the company under the new terms.

SWISS is therefore compelled to issue ordinary notice to terminate employment to 492 employees in and outside Switzerland. Of these, 334 are cabin personnel, 101 are ground personnel and 57 serve in SWISS Technics. No reductions are being made to the company’s cockpit corps numbers; but in consultation with the Aeropers pilots’ staff association, the present cockpit staffing surplus will be managed in particular through a prescribed corps-wide work hours reduction, subject to agreement thereto by Aeropers members.

“I am truly sorry for all our employees who are being served notice,” says SWISS CEO Dieter Vranckx. “And it is with the deepest of regret that we are having to take this radical action in response to the structural changes that our industry is experiencing. We are convinced, though, that this is the right course to take if we are to repay our bank loans, regain our ability to invest and retain our competitive credentials.”

SWISS will now aim to promptly conclude this phase of uncertainty and implement its rescaling and transformation with all possible speed. The dismissals required will be effected with full observance of all the stipulations made by the Swiss Confederation in connection with its guarantees for SWISS’s bank loan facilities, with full application of the relevant ‘Sozialplan’ severance benefits plans and with full regard to all further social considerations. All the employees concerned will also be offered the extensive services and support of a partner outplacement agency.

The present SWISS fleet of more than 90 of its own aircraft and those operated on its behalf by Helvetic Airways under wet-lease arrangements will be reduced by 15 percent from its 2019 size as planned in response to the decline in demand. Which five Airbus long-haul aircraft (A330s or A340s) and which ten short-haul aircraft will be withdrawn to this end is yet to be decided. On the short- and medium-haul fleet front, the reduction in the number of Helvetic Airways aircraft operated on SWISS’s behalf will be proportionately higher than the number of SWISS’s own aircraft withdrawn. SWISS is also considering modifications to its route portfolio, reductions in frequencies and a delayed resumption of services to some long-haul destinations.

“In the future SWISS will be smaller. But it will also be more focused, more digital, more efficient and more sustainable,” says Vranckx. “The transformation planned will be conducted over the next three years through our ‘reach’ strategic program, with which we aim to realign our company to the changed market situation and achieve sustainable cost savings of some CHF 500 million.”

SWISS’s current production is still substantially below that of pre-pandemic times. In high summer, capacity is likely to be at around 50 to 55 percent of its 2019 levels. For 2021 as a whole, SWISS expects its total production to be about 40 percent of that of 2019.

In June and July SWISS will newly fly or resume services to 49 destinations from Zurich and Geneva, and will operate a total of 125 routes in high summer.