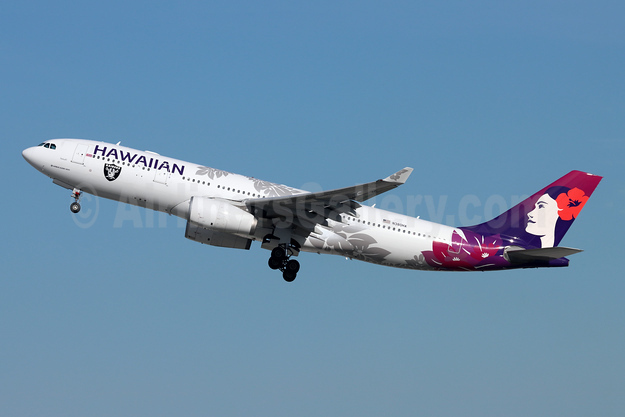 Hawaiian Airlines has confirmed it will resume its five-times-weekly service between Australia’s Sydney Kingsford Smith Airport (SYD) and Honolulu’s Daniel K. Inouye International Airport (HNL), beginning Dec. 13. Hawaiian, which suspended the route in March 2020 due to travel restrictions imposed at the onset of the pandemic, will welcome Australians back to the islands with its signature Hawaiian hospitality in time for the holidays.

HA451 will resume Dec. 13 by departing HNL on Mondays and Wednesday through Saturday at 11:50 a.m. and arrive at SYD approximately 7:45 p.m. the next day. Starting Dec. 15, HA452 will depart SYD on Tuesdays and Thursday through Sunday at 9:40 p.m. with a 10:35 a.m. scheduled arrival at HNL, allowing guests to check in to their accommodations and begin exploring O’ahu, or connect to any of Hawaiian’s four Neighbor Island destinations.

In addition to convenient nonstop flights to Hawai’i, Australian travelers flying on Hawaiian Airlines also regain access to the carrier’s extensive U.S. domestic network, allowing them to seamlessly continue their travels to 16 U.S. mainland gateways – including new destinations in Austin, Orlando, and Ontario, California – with the option to enjoy a stopover in the Hawaiian Islands.

Hawaiian will continue to operate the SYD-HNL route with its 278-seat, spacious wide-body Airbus A330 aircraft, which features 18 Premium Cabin lie-flat leather seats, 68 of its popular Extra Comfort seats, and 192 Main Cabin seats.

Currently, only Australian citizens and returning permanent residents and their immediate family members are permitted to enter Australia without an exemption. While entry requirements for the state of Hawaiʻi remain to be announced, Hawaiian hopes the state of Hawai’i will align its requirements with U.S. government rules requiring international arrivals to show proof of vaccination and a negative COVID-19 test taken within three days of departure effective Nov. 8.

International rules continue to evolve, and travelers are encouraged to stay updated via official government channels as they prepare for their trip.

Hawaiian started SYD-HNL service in May 2004 and maintained its position as a leading destination carrier for travel to Hawaiʻi via New South Wales. The carrier’s three-times-weekly service between HNL and Brisbane Airport (BNE), which launched in November 2012, remains paused.