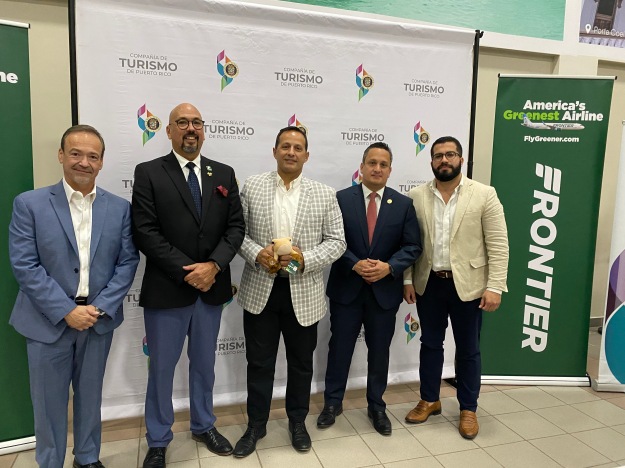 Frontier Airlines on March 24 launched service for the first time between Orlando International Airport (MCO) and Rafael Hernandez International Airport in Aguadilla, Puerto Rico (BQN) (above and below), a charming town on Puerto Rico’s western coast known for its stunning beaches and engaging attractions. The new service operates three to four times weekly and marks the airline’s 13th route serving Puerto Rico from destinations in the U.S. and the Caribbean. 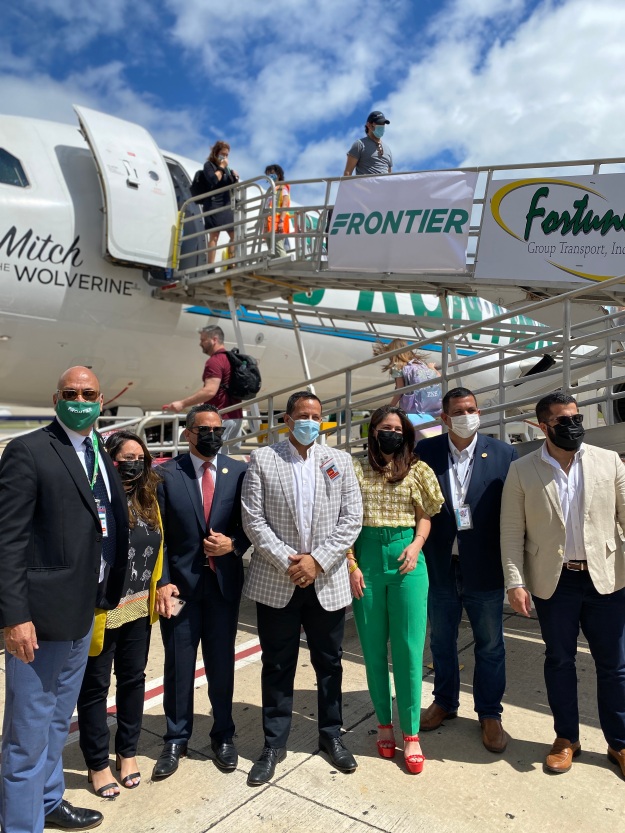 During an event today in Aguadilla to commemorate the first flight, Frontier announced the winner of its recently conducted Tropical Tails contest, which invited consumers to choose the next endangered animal to be featured on the tail of a Frontier aircraft. There were more than 86,000 votes received during the contest period and the coquí llanero, a tiny tree frog found in Puerto Rico, was deemed the winner. 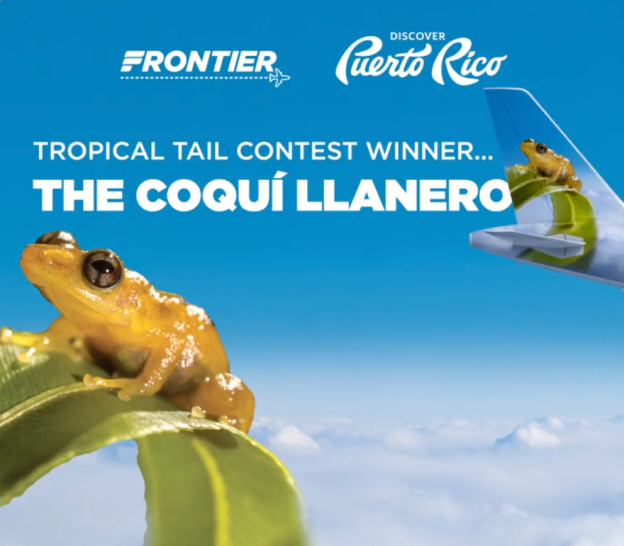 Consumers chose the coquí from among six animals in total representing a variety of countries Frontier serves within the Caribbean and Latin America. The Puerto Rican lowland coquí is one of the smallest tree frogs in the world. Mature llaneros are no wider than a dime and generally yellowish in color. Their tiny stature squeezes their vocal range in to the highest pitch of almost any frog – just barely audible to human ears, making the sound they are so famously known for and named after — “Ko-Kee.” The coquí llanero is listed as endangered under the U.S. Endangered Species Act.

Consumers are Invited to Help Name the Coquí

All Frontier plane tails feature a unique animal with a special name and back story, many of which are endangered. The coquí llanero that will be featured on an upcoming new aircraft still needs a name. Consumers are invited to choose the coquí’s name by going to Frontier’s social media channels on Facebook, Instagram, LinkedIn and Twitter between now and April 4 to vote. Choices include ‘Rios,’ ‘Atabey,’ and ‘Bori.’

Support the Endangered Coquí Llanero Through Adopt a Coqui Program

Consumers are also invited to participate in the Adopt a Coquí program, launched by Discover Puerto Rico, in partnership with local environmental research and conservation organization Conservación ConCiencia. By making a donation starting at $25 USD, coquí adopters receive a keepsake adoption certificate commemorating their support of conservation, sustainability and climate resilience efforts in Puerto Rico. Click here to Adopt a Coquí

Frontier's newest animal, the Coqui, doesn't have a name yet. Will you help us choose? VOTE in the comments using one of the following emojis: