With the official start of summer just days away, Alaska Airlines is once again expanding its horizons with the launch of five new routes this week as many of us are eager for fun in the sun in different places.

We’re now flying to two new cities: Cleveland and Miami with daily nonstop service from our hometown hub in Seattle/Tacoma. Plus, we keep growing in Boise with new nonstops to both Idaho Falls and Las Vegas. And we have a new nonstop flight between Anchorage and Salt Lake City.

We begin flying between Seattle/Tacoma and Cleveland on June 16. This summer, we’re the only airline connecting the vibrant city in Northeast Ohio with nonstop service to the Pacific Northwest. Cleveland becomes the third city we’ll serve in the Buckeye State with daily nonstops to Seattle joining Columbus and Cincinnati.

Alaska also launched June 16 its new daily nonstop flight between Seattle/Tacoma and Miami. The popular South Florida vacation spot becomes the airline’s 100thnonstop destination from Seattle – a cultural hub for travelers around the world with its incredible nightlife, art, music, architecture and food. Since 2012, we’ve provided nonstop service between Seattle and Fort Lauderdale, just to the north of Miami.

Alaska Airlines returns to Miami International Airport for the first time in 10 years.

In Boise, Alaska keeps growing with a pair of new flights. Starting on June 16, Alaska now offers daily nonstop service to both Idaho Falls and Las Vegas from the Idaho capital city. With these additional routes, Alaska flies an average of 31 daily departures from Boise to 15 destinations – all nonstop.

The added route joins its existing flights from the Spokane/Coeur d’Alene and Pullman/Moscow areas to link all key population centers across the state to Boise,

Starting June 18, Alaska will connect two summertime spots that are famous for outdoor adventures: Anchorage and Salt Lake City. Alaska will fly nonstop every week. This summer, Alaska will offer a wide variety of 22 nonstop destinations from Anchorage.

MIA made this announcement: 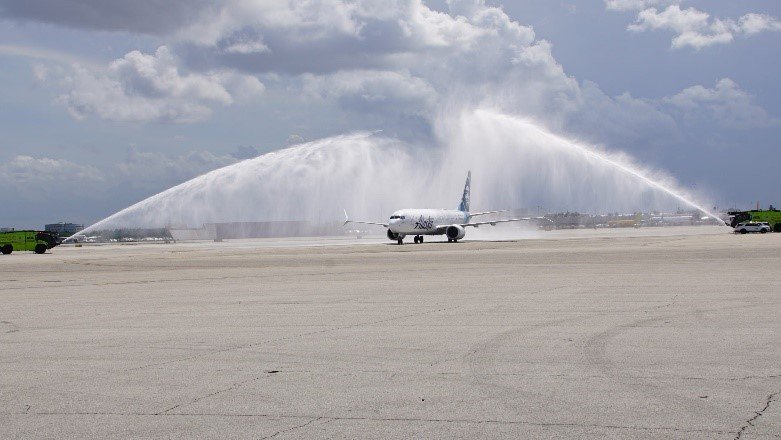 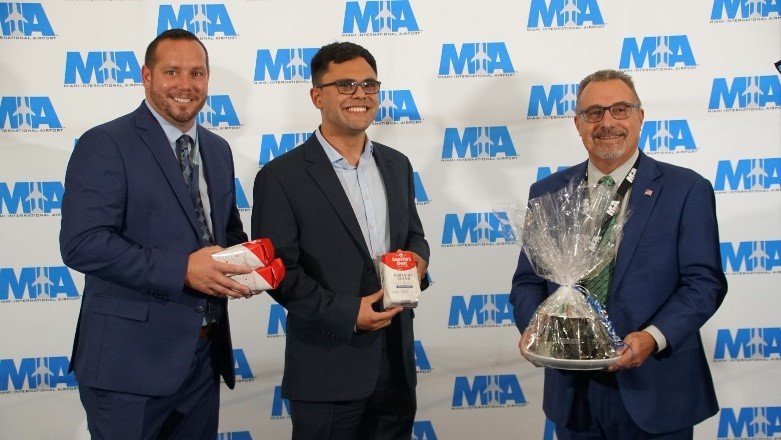 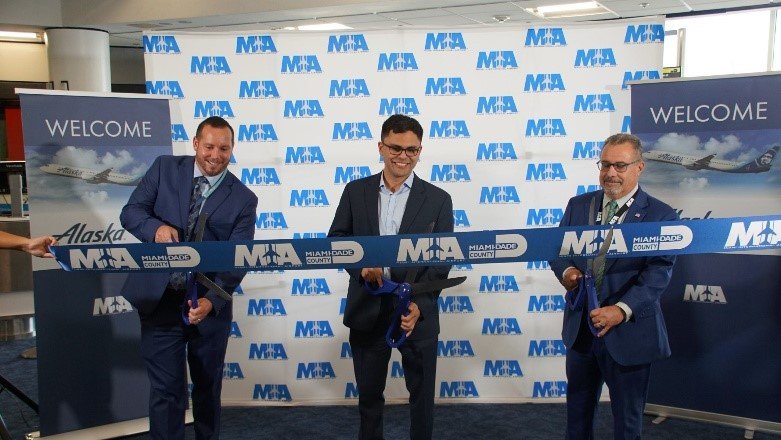 On June 16, Alaska Airlines resumed daily Seattle-Miami service for the first time since 2012, making Miami the airline’s 100th nonstop destination from its ­­­­­­hometown airport in Seattle and ­­­­giving South Florida residents another travel option to the Pacific Northwest. Alaska Airlines will serve its newest route with Boeing 737-8 and -9 aircraft that seat 159 and 178 passengers, respectively.