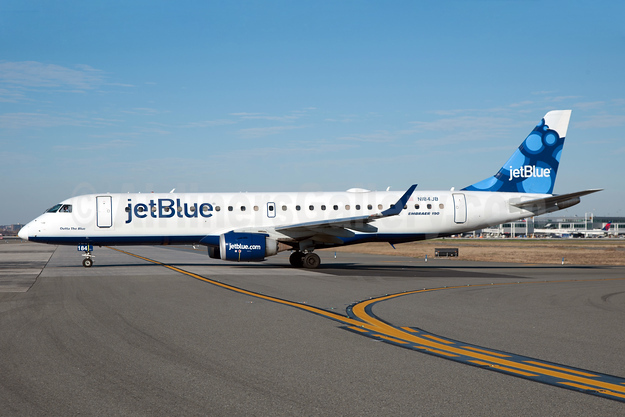 Roundtrip flights between Fort Lauderdale-Hollywood and Aguadilla, Puerto Rico, will operate daily beginning May 5, 2016, on JetBlue’s Embraer 190 aircraft (above).

In addition to the new route, JetBlue is adding flights to some of its routes on the east coast. Starting May 5, 2016 the airline will add an additional daily roundtrip flight between Boston and Baltimore-Washington International Airport (BWI). The addition comes as JetBlue has grown significantly this year in Baltimore, recently adding service to Orlando and Fort Lauderdale-Hollywood just last month.