Hainan Airlines (Haikou and Beijing) on April 15 retired its last Airbus A340-600 from revenue service. The type was introduced in 2008 on its long haul services.

Hainan Airlines (Haikou and Beijing) today (September 3) officially commenced nonstop service from Chicago (O’Hare) to Beijing, opening the airline’s newest American gateway. Mainland China’s only certified Skytrax® five-star airline will operate service out of Chicago (O’Hare) twice per week on Tuesdays and Sundays. In November, subject to government approval, the airline plans to change aircraft type from an Airbus A340 to the new Boeing 787 Dreamliner, and in December, the nonstop frequency will be doubled to four times per week. In June 2014, the flight frequency will increase to daily.

Hainan Airlines currently serves the Chicago – Beijing route with an Airbus A340-600 aircraft, seating 288 passengers in a spacious three-class cabin. Connections to and from points throughout China are possible and cargo service is also offered.

Among the dignitaries that attended the airline’s official launch in Chicago were Wei Hou, Vice President of Hainan Airlines Co., LTD and Weiping Zhao, Chinese Consul General in Chicago. 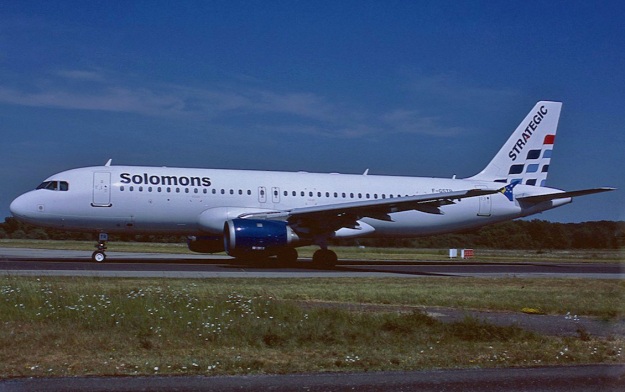 Strategic Airlines (Brisbane) is dealing with growing adverse publicity with its French division due to a stranded flight in Lyon/St. Exupery. The charter flight with a disabled Airbus A320 was due to depart at 7 a.m. (0700) yesterday (July 10) has been grounded at Lyon/St. Exupery since then due to “technical problems” according to this published report. The passengers were due to fly to the Canary Islands and have been stranded since yesterday. The company is attempting to find a solution. Strategic Airlines has two AOCs (in essence two airlines), one in Australia and the other in France.

Read the article (in French): 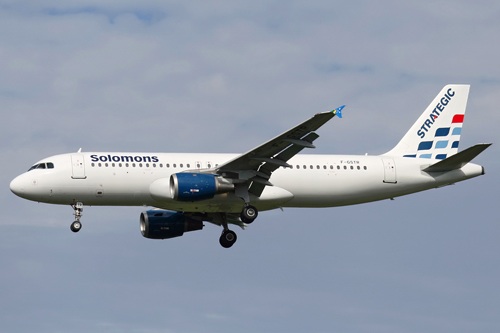 Strategic Airlines (Brisbane) is getting ready to operate its Airbus A320-212 F-GSTR (msn 436) for Solomons (Solomon Airlines) (Honiara) on the Honiara-Brisbane route.