Germania Fluggesellschaft (Berlin-Tegel) will end its wet-lease agreement with Airberlin (airberlin.com) (Berlin-Tegel) for two Boeing 737-700s (D-ABLB and D-AGEN) on October 31 per ch-aviation.

The airline will move to BER on November 1, 2013 from its previous home at Tegel Airport and the adjacent Schönefeld Airport, operating from the north pier. A detailed schedule will be announced separately.

Germania in the winter timetable 2013/2014 will operate from Berlin twice-weekly to Skopje in Macedonia and to Beirut in Lebanon, and once a week to Adana in Turkey. Germania will also start charter flights to the Canary Islands, Egypt and the United Arab Emirates from BER. 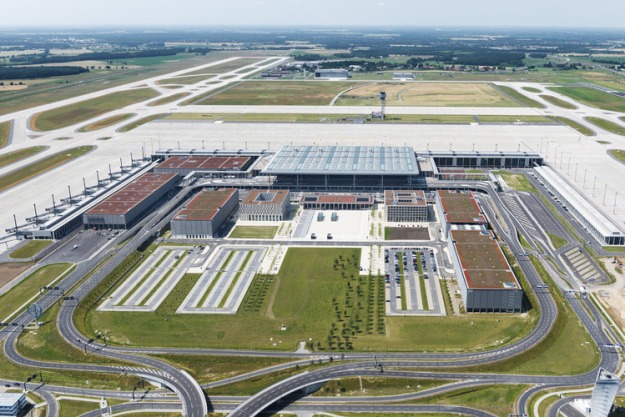 S.A.T., the holding company of Germania Fluggesellschaft (Berlin), has signed a Memorandum of Understanding (MOU) for five Airbus A319s. Germania will thus become a new Airbus operator and plans to start a complete fleet rollover to Airbus A319s. Deliveries of the aircraft will commence from April 2011 onwards. Germania will fly the A319s to their 30 destinations in Germany, Europe, around the Mediterranean region and the Middle East.

Germania has chosen a spacious single class cabin layout for 150 passengers, offering even more comfort and more space for their passengers. The cabin will be equipped with a state-of-the-art entertainment system, containing video screens and in-seat audio channels. Germania’s A319s will be powered by CFM engines.

Copyright Photo: Gunter Mayer. Up until now Germania has been a loyal Boeing operator. Boeing 737-7B D-AGET (msn 28109) is pictured at Nuremberg.