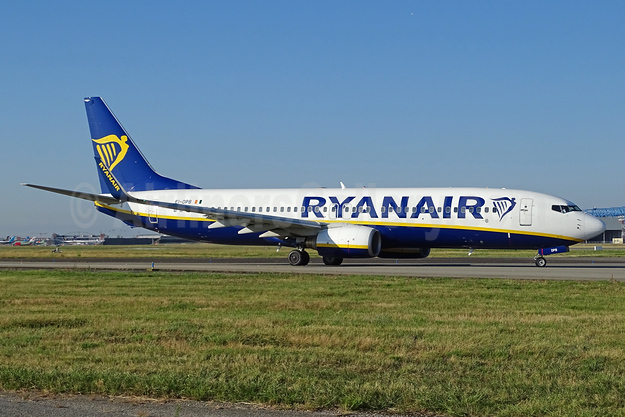 Ryanair has announced that it will open a new base at Düsseldorf Airport from June, its 11th base in Germany and 86th in Europe, with 1 based aircraft, as it launched two new summer routes to Alicante and Malaga. These new Ryanair routes are in addition to the daily service to Palma de Mallorca which was announced earlier this year and the 12 routes operated on behalf of LaudaMotion.

Lufthansa Group (Frankfurt) tomorrow (June 9) will operate a special Lufthansa Cargo (Frankfurt) McDonnell Douglas MD-11F flight from Marseille to Dusseldorf which will bring home the remains of the victims of Germanwings (Cologne/Bonn) ill-fate flight 4U9525 which crashed in the French Alps. Transfer of the remains to the victim’s families will occur on June 10. Lufthansa Cargo will operate more flights in the coming weeks until the end of June. The group issued this statement:

Lufthansa is working with all its available resources to ensure the repatriation and transfer of victims of the Germanwings flight 4U9525 to the relatives in the originally planned schedule. To start off the repatriation flights, Lufthansa will arrange at short notice a special flight with a MD-11 of Lufthansa Cargo from Marseille to Dusseldorf. The plane will take off from Marseille on June 9 at 20:50 and is expected at Dusseldorf at 22:30. There will be 30 coffins of the victims of flight 4U9525 on board.

The repatriation of the victims was initially scheduled for next week. At short notice, however, a delay had resulted due to regulatory requirements. The Federal Government Commissioner for the victims’ relatives had then turned immediately to the authorities and received assurances that preparations for repatriation could be made immediately.

After this first special flight to Dusseldorf, the other victims will be gradually transferred to their home countries in the coming weeks. The French authorities are working hard in order to create the formal conditions for the transfer of the victims as soon as possible. Lufthansa is in close contact with the relatives to ensure that the transfer of the victims is carried out according to the relatives’ wishes.

Mahan Air (Tehran) on March 11 started operating twice-weekly flights on the Tehran-Munich route. Munich is the second destination in Germany after Düsseldorf (above). Mahan Air’s Munich flights are operating on Sundays and Wednesdays with Airbus A310s.

Bmi Regional (East Midlands) announced in a press release on Wednesday February 18, an expansion of services from Bristol Airport for the Summer 2015 season, which sees the launch of Dusseldorf and Paris (CDG) service from April 27. Seasonal services to Nantes will also be offered from July to September 2015. These additional services bring the number of routes flown by the airline from Bristol to eight, alongside Aberdeen, Hamburg, Munich, Frankfurt and Milan.

The new routes will be run as follows:

Copyright Photo: Stefan Sjogren/AirlinersGallery.com. Is a new livery coming for this regional or will it cling to the now retired bmi 2001 livery? All white Embraer ERJ 145EU (EMB-145EU) G-EMBI (msn 145126) arrives in Stockholm (Arlanda).

The addition of Dusseldorf and Madrid to the list brings the total number of European gateways served by Emirates’ A380 to 13. Emirates currently has 57 A380s in its fleet, flying to 34 destinations globally and wowing customers everywhere it flies with its industry-leading onboard features.

The Emirates A380 offers a total of 519 seats in a three-class configuration, with 429 spacious seats in Economy Class on the main deck, 76 fully flat-bed mini-pods in Business Class and 14 First Class Private Suites on the upper deck.

Airberlin (airberlin.com) (Berlin) is continuing to optimize its route network with the expansion of its services to the important focus market of Italy at the beginning of the summer schedule. Starting March 29, 2015, Airberlin will operate a new daily service from Stuttgart to Rome as well as three flights a day from Stuttgart to Milan (Linate) starting in May 2015. In addition, starting in May Airberlin will expand its service on the Stuttgart to Venice route to include three new daily flights.

The number of flights from Dusseldorf to Rome is also being increased: starting March 29, Airberlin will offer six new flights from Monday to Friday as well as two flights on Sundays. Several improvements to the departure times of existing services complete the optimization of the flight program from Germany to Italy. With up to ten additional flights per week compared to last year, Airberlin will operate a total of 260 flights a week from Germany, Austria and Switzerland to Italy during summer 2015.

The new flights will be integrated in the codeshare agreement with Alitalia (3rd) (Rome) and will carry Alitalia flight numbers. All of Airberlin’s and Alitalia’s direct flights between Italy, Germany, Austria and Switzerland have been operated as codeshare flights since the start of the 2014/2015 winter schedule.

The Lufthansa Group has made a successful start to the new year with the transfer of the Düsseldorf–Zurich route from Lufthansa to Germanwings (2nd) (Cologne/Bonn) today (January 8, 2015). One of the biggest structural projects ever undertaken by the company has thus been successfully completed on time.

The concept of the new Germanwings was presented in December 2012, followed by the market launch on July 1, 2013.

The transfer of the Düsseldorf–Zurich route means that the decision to operate all domestic and European routes under Germanwings, apart from at the Frankfurt and Munich hubs, has now been fully implemented as scheduled.

In all, Germanwings has taken over 115 routes from Lufthansa in recent months, with the biggest number of routes (52) at Düsseldorf Airport.

The new Germanwings service between Düsseldorf and Zurich will comprise 24 flights per week, making it one of the most high-volume routes from the North Rhine-Westphalian capital. The early morning flight will depart from Düsseldorf at 7.00 a.m. In addition to this, there will be a midday flight at 1.30 p.m., an afternoon flight at 5.05 p.m. and an evening service at 6.55 p.m.