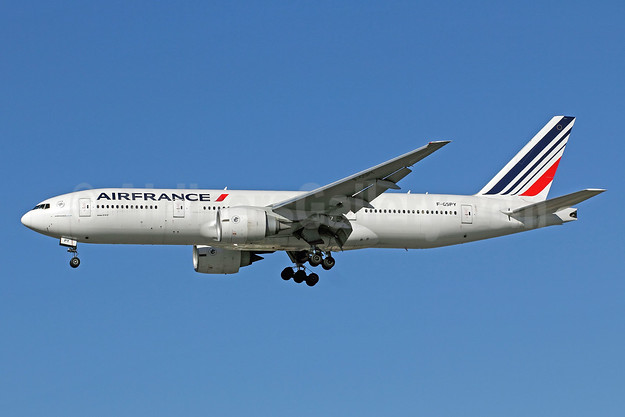 Mahan Air (Tehran) on March 11 started operating twice-weekly flights on the Tehran-Munich route. Munich is the second destination in Germany after Düsseldorf (above). Mahan Air’s Munich flights are operating on Sundays and Wednesdays with Airbus A310s.

IranAir (Tehran) is the last passenger airline operator of the Boeing 747SP in the world. The flag carrier will offer a final farewell flight over Tehran on November 23. The Jumbo is currently operating between Tehran (Imam Khomeini International Airport) and Kuala Lumpur.

45 Boeing 747SPs (Special Performance) were built between 1974 and 1989 by Boeing. The “Stubby Jumbo” specialized in long, usually thin, routes in the early years.

In other news, IranAir will resume weekly Tehran-Moscow (Sheremetyevo) service on September 23 with Airbus A320s per Airline Route.

Copyright Photo: Christian Volpati/AirlinersGallery.com. Boeing 747SP-86 EP-IAC (msn 21093) will operate the last flight. EP-IAC is pictured in the original 1962 markings arriving at Paris (Orly). EP-IAC was delivered new to IranAir on May 27, 1977.

Sepahan Airlines (Tehran) Hesa IrAn-140-100 registered EP-GPA (msn 9005) (above) has crashed today (August 10) while departing from Tehran’s Mehrabad Airport with 42 passengers and six crew members. The airliner was on a flight to Tabas, Iran. The jetliner crashed into a residential area. All 48 people on board have perished according to the BBC.

According to Wikipedia, the Iranian-built IrAn-140 is a license-built version of the Antonov An-140, assembled by HESA in Shahin Shahr, Iran from complete kits supplied by Antonov.

Flydubai (Dubai) today announced the launch of flights to Tehran and Mashhad, the carrier’s first two destinations in Iran.

Flights to Tehran will begin on August 11 and Mashhad on August 10. Flydubai will serve Iran with four flights a week, providing passengers with greater convenience when travelling between the United Arab Emirates and Iran. The carrier will be looking at expanding its network in the market as it continues to strengthen the trade and travel links from Dubai to the region.

The carrier, which took delivery of three new Next-Generation Boeing 737-800s in July (one is pictured above), has grown its fleet to 39 aircraft with more than 100 new Boeing aircraft on order.

Flydubai commenced its new services to Kandahar in July and Aden at the beginning of August. The airline is also set to commence flights to Moscow and Kazakhstan in September, Mumbai in October and to Sarajevo and Zagreb in December.

Bottom Copyright Photo: Flydubai. According to the carrier, “Orange represents the warmth of the climate and the people and blue represents the sparkling clear sea and endless blue skies. The free flowing bands on the tail are reflective of the ever-changing coastline of Dubai”.

Austrian Airlines (Vienna) will relaunch its services to the Iranian capital, Tehran, from March 11, 2014 onwards, depending on the final regulatory approval. The flights will be operated five times a week for the duration of the company’s summer schedule, using an Airbus A320 or A319 operating with the flight numbers of OS 871/2. The service will be bookable from January 15, 2014 onwards. Austrian served the capital of Iran since 1984.

Austrian Airlines dropped all flights to Tehran from its schedule in January 2013 for commercial reasons.