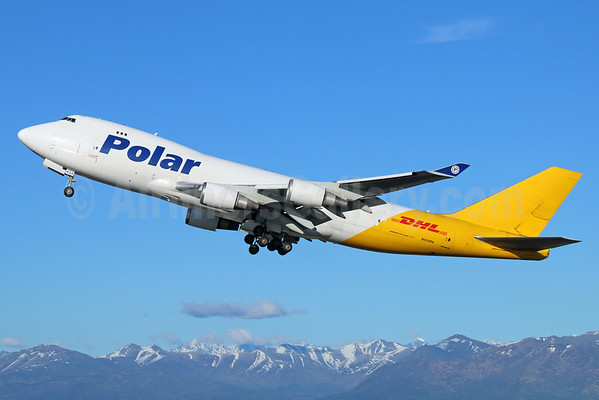 “We are seeing good demand for our aircraft and services as we enter the second half of 2015, as many of our customers are outperforming the overall market. We are working closely with our customers to provide them with the most efficient aircraft and effective operating services for their needs.

“As we gather additional insight into second-half demand, yields and military requirements, we continue to look forward to a strong year and a significant increase in earnings compared with 2014.”

Responding to market demand and customer requirements, we are implementing several previously announced fleet initiatives that are incorporated in our framework outlook for the year: placing an additional 747-400 freighter in ACMI service with DHL Express at the start of the third quarter; acquiring a new 747-8 freighter scheduled to be delivered to us in November; returning an owned, unencumbered 747-400 converted freighter to active service to meet additional Charter demand; securing a short-term operating lease on a second 747-400 converted freighter in Charter with more favorable terms; and expanding our Titan Dry Leasing portfolio by acquiring and converting two 767 passenger aircraft into freighter configuration. The freighters will be leased to DHL on a long-term basis when they are delivered in the fourth quarter.

Revenue and direct contribution in ACMI in the second quarter benefited from an increase in block hour volumes, driven by the start-up of four additional 767 CMI aircraft and an improvement in 747 cargo aircraft utilization. Segment contribution also benefited from lower heavy maintenance expense. These were partially offset by a reduction in revenue per block hour, which reflected the impact of payments received from a customer in 2014 in connection with the return of an aircraft as well as an increase in CMI flying in 2015.

In Charter, significantly higher segment revenues reflected an increase in commercial cargo demand and improvements in military passenger and cargo demand. In addition, segment contribution benefited from those higher flying levels and a reduction in heavy maintenance expense. The decrease in revenue per block hour was primarily driven by the impact of lower fuel prices.

In Dry Leasing, revenue and profitability grew as we realized revenue from maintenance payments related to the scheduled return of a 757-200 cargo aircraft in April. This aircraft was subsequently leased to DHL Express on a long-term basis during the quarter.

Reported earnings for the second quarter of 2015 included an effective income tax rate of 31.0%, which reflected our continued reinvestment of the net earnings of certain foreign subsidiaries outside of the U.S.

In June 2015, we issued $224.5 million of convertible senior notes due June 2022 with a cash coupon of 2.25%. We used a portion of the approximately $218 million of net proceeds from the offering in June to fund the $16.6 million net cost of convertible note hedges and warrants related to the notes. These transactions are intended to offset any actual dilution from the conversion of the notes and to effectively increase the overall conversion price from $74.05 to $95.01 per share.

During the third quarter of 2015, we expect to use approximately $113 million of the net proceeds to retire higher-rate Enhanced Equipment Trust Certificates (EETCs) related to five of our 747-400 freighter aircraft. The redemption amount gives effect to the company’s ownership interests in the EETCs being retired, which have an average cash coupon of 8.1%.

We expect to use the remaining net proceeds from the convertible note issuance for working capital and capital expenditures, repayment or refinancing of debt, and general corporate purposes.

We are encouraged by our strong first-half performance. We are seeing good demand for our aircraft and services this quarter and for the remainder of the year. And we continue to anticipate significant growth in adjusted diluted earnings per share in 2015.

On a sequential basis, we expect earnings per share in the third quarter of 2015 to be slightly better than our second-quarter 2015 adjusted earnings, followed by further earnings improvement in the fourth quarter.

Taking our first-half 2015 earnings strength into account, we continue to expect approximately 55% of our earnings to occur in the second half.

In addition, we anticipate that block-hour volumes this year will increase approximately 10% compared with 2014, including the impact of the 747-8 freighter scheduled to be delivered in November and 747-400BCF that we returned to service at the end of the second quarter. More than 70% of our total block hours should be in ACMI and the balance in Charter. Our ACMI outlook reflects expected growth in both 747 freighter operations as well as CMI flying. Our Charter outlook reflects our strong presence in the global charter market and military demand that is holding up well compared with 2014 levels.

In Dry Leasing, our portfolio is expected to include our recent acquisition and subsequent conversion of two 767 passenger aircraft to freighter configuration. Following their conversion, which should be completed during the fourth quarter of this year, the aircraft will be leased to DHL Express.

The two aircraft, a Boeing 747-800F and a 747-400F, will be operated in Polar Air Cargo Worldwide’s express network under an ACMI arrangement for the benefit of DHL Express. Operations are scheduled to begin on October 26, 2014.

When the new ACMI service begins, Polar’s express network will total twelve 747 freighters, consisting of five Boeing 747-800Fs and seven 747-400Fs, in ACMI on behalf of DHL and Polar’s other customers. Atlas also will continue to operate a fleet of Boeing 767 Freighters in CMI service for DHL, with 11 aircraft in operation by the end of January 2015.

The holding company expects to manage and operate a fleet of 22 747-400 freighters and six 747-200s (Atlas Air and Polar Air Cargo) through the remainder of this year. In addition, the Titan Aviation Leasing business acquired a Boeing 757-200 freighter in March that it has leased to a Chinese airline for a five-year term.