De Havilland Aircraft of Canada Limited (De Havilland Canada) announced today that the United Republic of Tanzania, represented by the Tanzanian Government Flight Agency (TGFA), has signed a firm purchase agreement for a Dash 8-400 aircraft. The aircraft, which will be leased to and operated by Air Tanzania (The Wings of Kilimanjaro), will join three that are already in service and another previously ordered one, to increase the airline’s fleet of Dash 8-400 aircraft to five. It will be delivered in a 78-seat, dual-lavatory configuration.

“Our current fleet of three Dash 8-400 aircraft is performing very well and offering excellent passenger amenities,” said Ladislaud Matindi, Chief Executive Officer, Air Tanzania. “We are very satisfied with the Dash 8-400 aircraft’s low operating costs and reliable operations in our high-utilization environment, and we look forward to the additional capacity that this new aircraft and another one that is scheduled for delivery soon, will provide. Air Tanzania continues to grow at a steady pace and we are opening new routes and offering more frequencies to meet the demand of our market.  The after sales support that we have been receiving from De Havilland Canada has also been excellent and we are happy to reinforce our commitment to this aircraft as we count on more support from De Havilland Canada as our fleet, operations and route network continue to grow.” 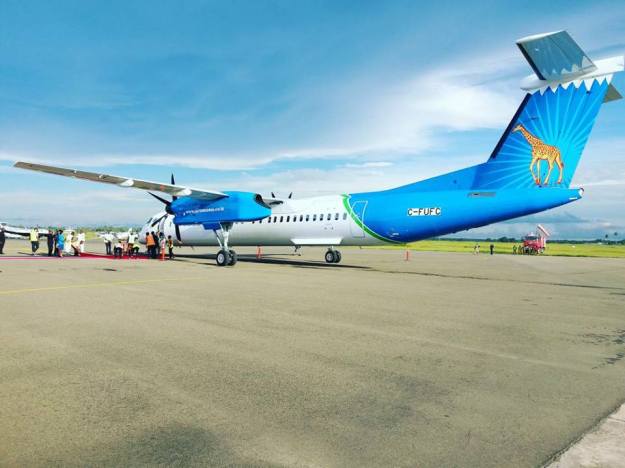 With the Dash 8-400 aircraft being the only turboprop capable of seating up to 90 passengers, De Havilland Canada is seeing strong interest from existing and prospective customers in Africa and Asia; the company sees this continuing due to the close alignment of the aircraft’s attributes and the requirements of these growth markets. Additionally, because the aircraft provides turboprop economics with jet-like performance, De Havilland Canada is also targeting opportunities to re-invigorate demand from more mature markets such as North America and Europe where it is already well adapted as a regional jet replacement aircraft. 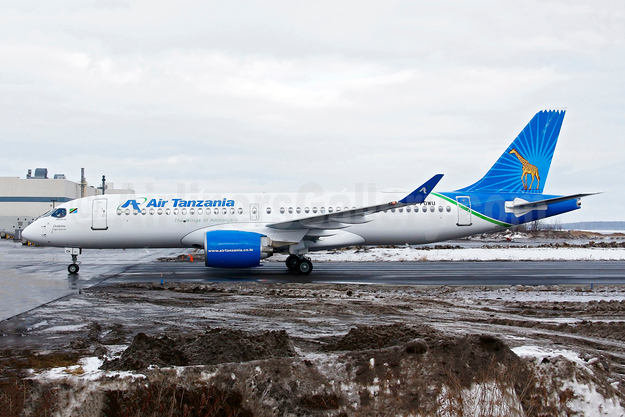 The United Republic of Tanzania, represented by the Tanzanian Government Flight Agency (TGFA) signed an agreement for two Pratt & Whitney GTF-powered Airbus A220 aircraft and one Pratt & Whitney Canada PW150-powered Bombardier Q400 turboprop aircraft in December 2016.  The airline will be utilizing the aircraft for domestic and international operations, expanding their routes and growing beyond Africa.

“While Air Tanzania is well known to the Pratt & Whitney family, having previously operated Pratt & Whitney-powered Q300 and Q400 aircraft, we are embarking on a new journey together as they take delivery of their first GTF-powered A220 aircraft,” said Rick Deurloo, senior vice president of sales, marketing and customer support at Pratt & Whitney. “The impact this airline will make on the region with the operation of these two aircraft is truly notable.  The GTF engines offer proven economic and environmental benefits with the ability to fly farther with less fuel, making Air Tanzania’s decision to expand their route network a viable solution.  We look forward to growing this relationship together.” The A220, exclusively powered by the GTF engine, offers double-digit improvement in operating costs compared to current generation aircraft. It’s 20% more fuel efficient and provides a 75% reduction in noise footprint and NOx emissions 50% below the ICAO CAEP 6 regulation.

Airbus has made this announcement on social media:

Way below zero in Mirabel, Canada but giraffes from Kilimanjaro aren’t scared of the cold!

Unveiling the new A220 colors for Air Tanzania, soon to be the first A220 African-based operator. 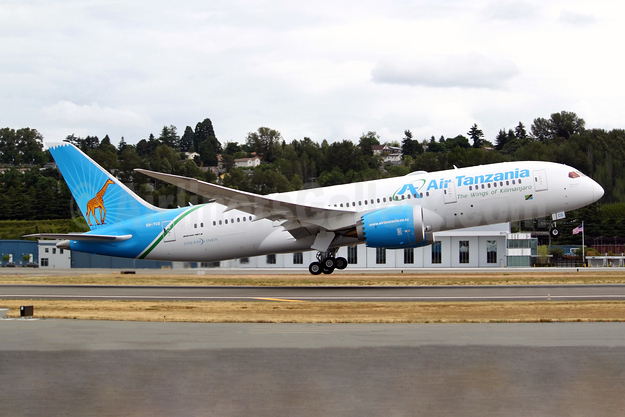 The pictured Boeing 787-8 Dreamliner 5H-TCG (msn 64249), named “Kilimanjaro” was handed over to the carrier and had a first short delivery flight to nearby Seattle-Tacoma International Airport on July 7.

The airliner is expected to arrive in the Dar es Salaam, Tanzania base on July 9, 2018: 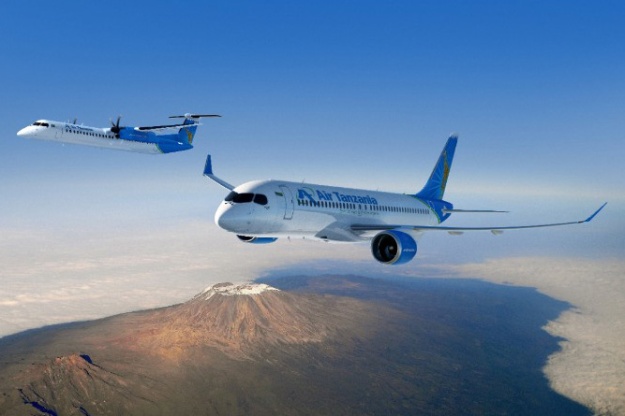 Bombardier Commercial Aircraft have announced the United Republic of Tanzania represented by the Tanzanian Government Flight Agency (TGFA) has signed firm purchase agreements for two CS300 jetliners and one Q400 turboprop aircraft. The aircraft will be leased to and operated by Air Tanzania (The Wings of the Kilimanjaro) based in Dar es Salaam.

Like the two Q400 turboprop aircraft delivered to the TGFA for lease and operation by Air Tanzania in September 2016, the third announced this time will have an all-economy, 76-seat interior with two lavatories. The two CS300 airliners will be configured in a dual-class layout, and will be equipped with WiFi internet and in-flight entertainment.

Air Tanzania (2nd) (Dar es Salaam) is preparing to relaunch domestic operations tomorrow (November 1) to Kigoma and Tabora with a single Bombardier DHC-8-300 according to this report by eTN. Previously the flag carrier suspended operations on December 8, 2008 due to financial problems.