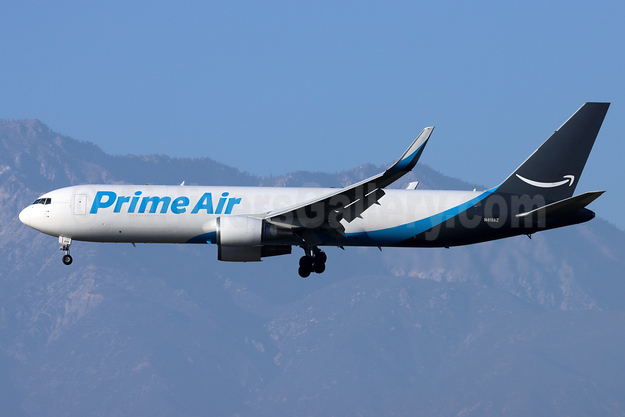 One of the twelve aircraft was delivered on May 29, 2020 and the remaining eleven will be delivered in 2021. All twelve will be leased to Amazon for ten years, with options for Amazon to extend the leases for three additional years.

Cargo Aircraft Management (CAM), ATSG’s aircraft leasing subsidiary, currently leases twenty-seven 767 aircraft to Amazon, including six leased during 2019. In December 2018, Amazon committed to lease those six plus an additional four 767s from CAM by the end of 2020. The agreement announced today increases the projected number of 767s CAM will have leased to Amazon to 31 by the end of 2020 and to 42 by the end of 2021.

Widebody Boeing 767 freighters have become the preeminent midsize component of regional air-cargo networks over the last ten years, and ATSG is the world’s largest lessor of that aircraft type. ATSG expects to end 2020 with seventy-eight owned 767 freighter aircraft in operation, seventy-one of which will be leased to eleven external customers.

Note: The aircraft will be operated by ATI. ATI is a subsidiary of Air Transport Services Group, Inc.

ATI was founded in 1978 as US Airways. In January 1980 the airline (renamed Interstate Airlines) became an FAR Part 121 certificated all-cargo airline flying Convair 580s. Its fleet quickly expanded to include Lockheed L-188 Electra, Boeing 727, and McDonnell-Douglas DC-8 aircraft. The airline flew freight domestically for Purolator, Emery, and ad hoc charters. In 1984 the airline began flying internationally. It moved its headquarters from Michigan to Arkansas. In 1988 the airline adopted its current name.

Through the 1990s and 2000s ATI hauled freight for the Military Airlift Command (Air Mobility Command), UPS, Emery Air Freight, Burlington Air Express, DHL, and Zantop International Airlines. The airline had over 500 employees and operated 32 DC-8s. As a long-term member of the Civil Reserve Air Fleet (CRAF), ATI was among the airlines activated in 1990 to support Operations Desert Storm and Desert Shield and received several commendations for its performance.

In October 1994, ICX International Cargo Express was merged with ATI. The airline was purchased by BAX Global, an operating unit of the Brink’s Company, in February 1998.

In 2006, ATI was sold to Cargo Holdings International, Inc. (CHI), which was itself acquired by ABX Holdings, Inc. the following year. In 2008, parent company ABX Holdings was renamed Air Transport Services Group, Inc. (ATSG). ATI added its first Boeing 767 in 2008.

Today, the airline’s fleet consists exclusively of Boeing 767 and 757 aircraft, allowing all of its flight crews to share a common type rating.

Sun Country Airlines has signed a a six-year deal with Amazon to operate 10 Boeing 737-800F freighters for Amazon Prime starting next spring.

The first delivery will be in April 2020.

Previously Amazon announced a partnership with GE Capital Aviation Services (GECAS) to lease an additional fifteen Boeing 737-800 cargo aircraft. These fifteen aircraft will be in addition to the five Boeing 737-800s already leased from GECAS and announced earlier this year. The aircraft will fly in the United States out of the more than 20 air gateways in the Amazon Air network.

In other news, Sun Country is adding the Minneapolis/St. Paul – Vancouver route: 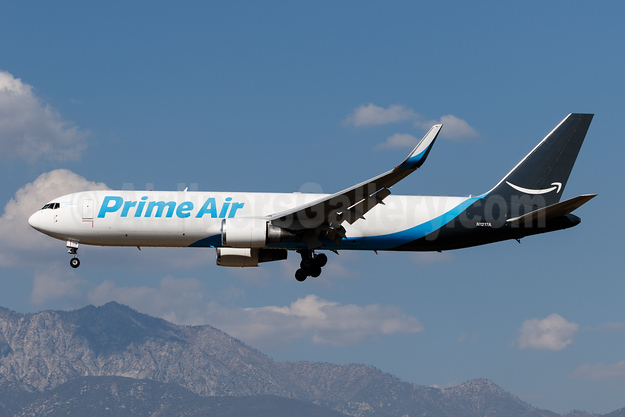 Amazon has announced it will build its primary hub on the south side of the airfield at Cincinnati-Northern Kentucky Airport (CVG).

CVG, state and local officials worked with Amazon on a deal to:

The expected activity and landed weight of Amazon’s operations will enable CVG to continue lowering its landing fees, benefiting all carriers while ensuring CVG remains a great place to do business.

The Air Hub at the Cincinnati-Northern Kentucky International Airport will open in 2021.

Recently, Amazon also announced a gateway operation to launch in Wilmington, Ohio, in 2019 as well as an expanded operation in Rockford, Illinois.

In addition, Amazon issued this story:

On May 14, Amazon broke ground for a new Air Hub located in Hebron, KY at the Cincinnati/Northern Kentucky International Airport. The Air Hub will open in 2021 as part of the company’s commitment to ensure fast, free shipping for customers.

Amazon first set roots in Kentucky in 1999 when it opened two fulfillment centers. Today, Kentucky is home to 14 Amazon fulfillment and sortation centers, one customer service center and two Whole Foods Market stores. Amazon has invested more than $8 billion in the state and created more than 12,500 full-time jobs.

“Our new Amazon Air hub, opening in 2021, is part of our continued investment in Prime to ensure we have the capacity required for continued outstanding service for our customers,” said Sarah Rhoads, director, Amazon Air. “We’re proud to call Kentucky home for our air hub, creating more than 2,000 jobs in this fantastic community.”

“The commonwealth of Kentucky is thrilled to celebrate this historic day, as Amazon officially breaks ground on its $1 billion-plus Amazon Air Hub,” said Kentucky Governor, Matt Bevin. “This massive project at the Cincinnati/Northern Kentucky International Airport will be revolutionary for the region’s workforce and for our state’s overall economy. We are grateful for Amazon’s long-term commitment to Kentucky, and we are proud to see this momentous new endeavor take flight.”

“A vibrant airport with a strong air cargo footprint improves the economic vitality of our region,” said Candace McGraw, CEO, Cincinnati/Northern Kentucky International Airport. “We are grateful to the Amazon team for locating its Central Air Cargo Hub at CVG. We look forward to a long and fruitful partnership.”

“Today’s ground-breaking ceremony celebrating Amazon Air’s investment in Boone County, Kentucky, at CVG is a fantastic next step for this historic project,” said Judge/Executive Gary Moore, Boone County, Kentucky. “As one of Kentucky’s fastest-growing counties, I am enthusiastic about what this development means for Boone County—as validation of the skill level of our local workforce, advantageous geographic location, and pro-growth policies. The leaders of Boone County and our region look forward to working with Amazon for many years to come.” 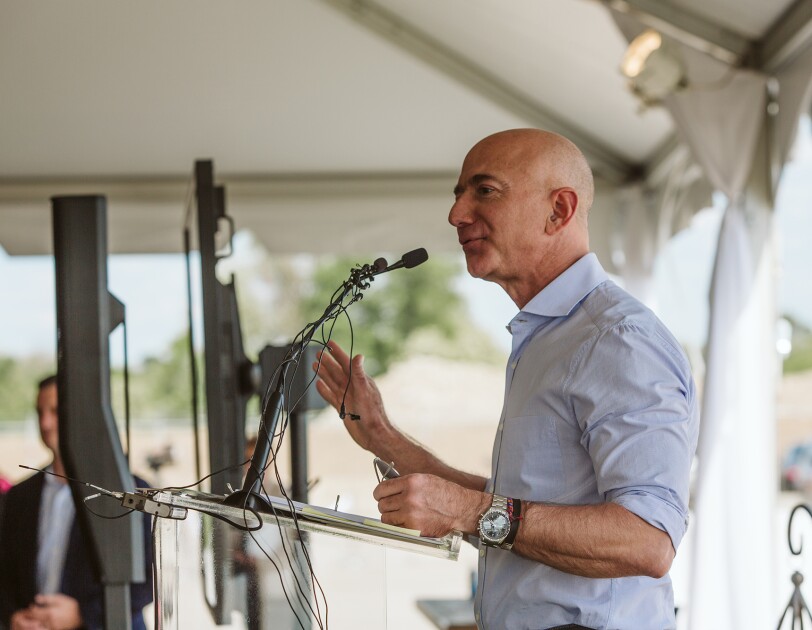 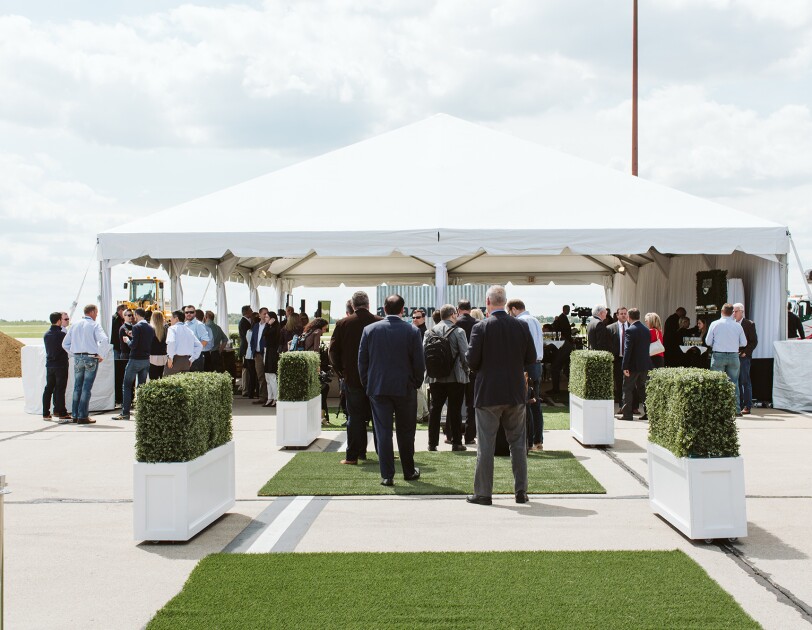 Attendees at the Amazon Air groundbreaking event in Hebron, KY 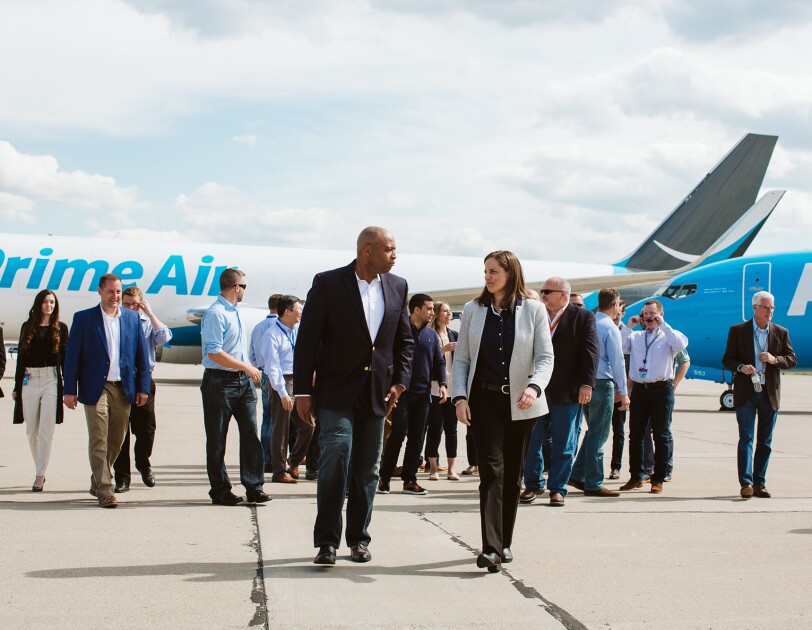 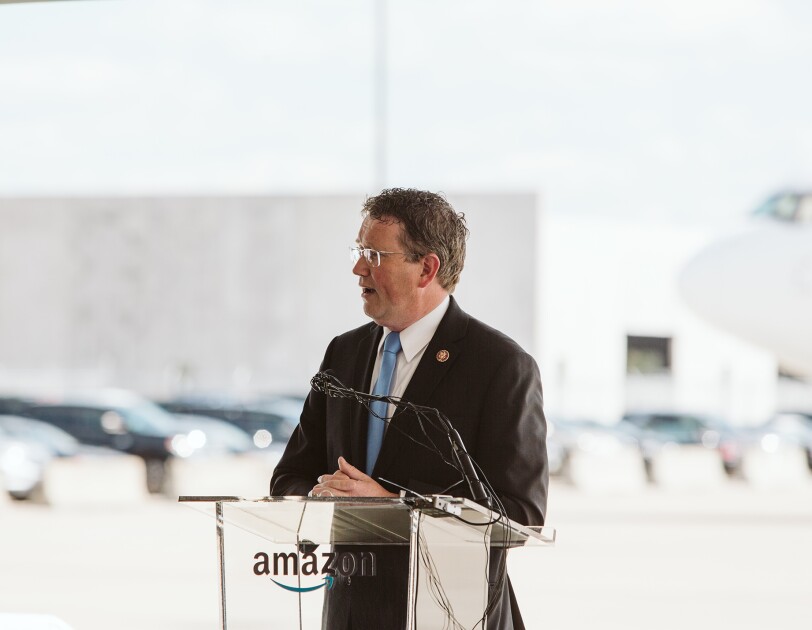 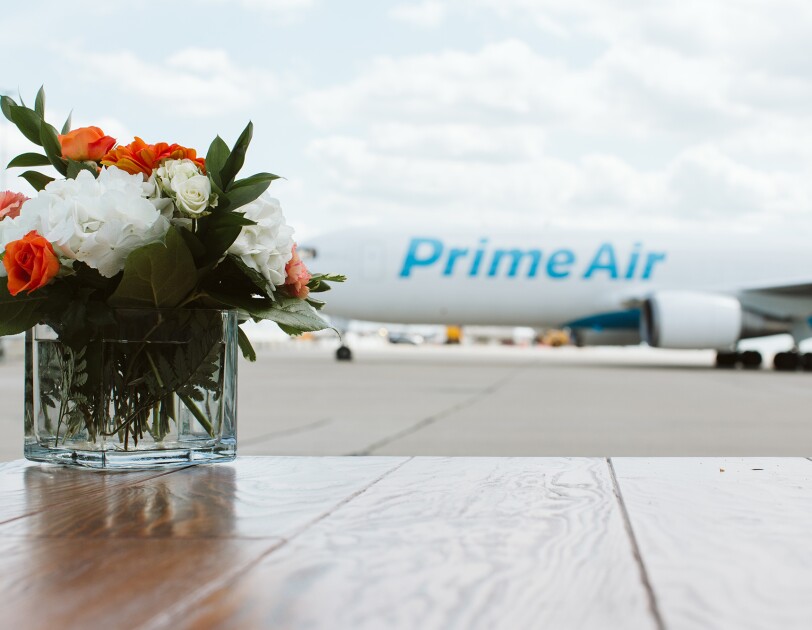 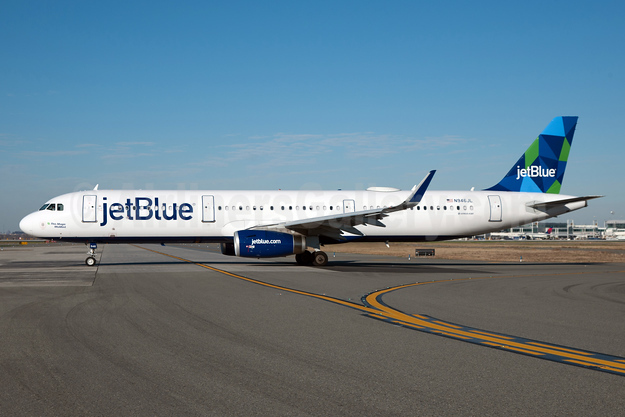 Amazan and JetBlue announced that they will bring unlimited, on-demand entertainment to airline travel later this year through JetBlue’s free high-speed Fly-Fi broadband internet, the industry’s fastest complimentary inflight Internet service, to create an unmatched entertainment experience in the sky.

The collaboration will enable Fly-Fi for Amazon Prime members to instantly access tens of thousands of movies and TV episodes, including exclusive Amazon Original Series such as Transparent, Mozart in the Jungle and Bosch, at no additional cost to their membership. In addition, all JetBlue customers will be able to rent or purchase hundreds of thousands of titles in the Amazon Instant Video store, including new release movies and day-after TV programming, over the free broadband internet.

Fly-Fi uses satellite technology to give customers Internet speeds that feel like what they have at home or work. Amazon and JetBlue worked together to ensure that the inflight entertainment system met the premium experience expected by customers when streaming movies and TV episodes from Amazon. Access to Amazon’s entertainment library will be built into the JetBlue Fly-Fi Hub, giving customers instant access to watch titles from Amazon on their laptops, Fire devices, iPhones, iPads and Android phones and tablets—no pre-flight download needed. JetBlue’s free Fly-Fi broadband Internet will be available on all JetBlue’s Airbus A321 and A320 aircraft this year, and on JetBlue’s Embraer E190 aircraft in 2016.

“Just like at home, customers will be able to access movies and TV shows from Amazon from 35,000 feet in the sky over our super fast and free Fly-Fi,” said Jamie Perry, Vice President, Brand and Product Development, JetBlue. “Amazon’s customer focus aligns perfectly with the experience we have created for our customers, including the best inflight entertainment, free unlimited snacks and beverages, lots of personal space with the most legroom in coach and wide, comfortable seating. By teaming up with a category-leader like Amazon, we created a unique model where we can offer complimentary broadband Internet access.”

On top of unlimited instant access to movies and TV episodes, Amazon Prime members will be able to access and listen to more than one million songs available on Prime Music. All JetBlue customers will be able to purchase and download songs from the Amazon Music store, eBooks from the Kindle store, and apps and games from the Amazon Appstore and earn TrueBlue points when they shop specific categories on Amazon over the free Fly-Fi broadband internet while inflight or through JetBlue promotions.