Monday, February 18, 2019 – Large crowds gathered at Heathrow in the rain to watch the much-anticipated arrival of a British Airways Boeing 747-400 painted in the iconic design of its predecessor British Overseas Airways Corporation (BOAC) (top).

The aircraft entered the IAC paint bay at Dublin Airport on February 5 where it was stripped of its current British Airways Chatham Dockyard design before being repainted with the BOAC livery which adorned the BOAC fleet between 1964 and 1974 (below).

Alex Cruz, British Airways’ Chairman and CEO, said: “The enormous interest we’ve had in this project demonstrates the attachment many people have to British Airways’ history. It’s something we are incredibly proud of, so in our centenary year it’s a pleasure to be celebrating our past while also looking to the future. We look forward to many more exciting moments like this as our other aircraft with heritage designs enter service.”

From the paint bay at Dublin Airport, the BOAC Boeing 747-400 flew directly to Heathrow on the aptly named BA100 touching down in the morning (top). Its next flight is today, Tuesday February 19, when it departed for New York JFK operating as flight BA117. This flight is particularly significant as it was the first route the Boeing 747-100 flew in BOAC colors.

After this, the aircraft will continue to fly British Airways’ 747-operated routes proudly showcasing the design as part of the airline’s centenary celebrations. The aircraft can be tracked using Flight Radar, which will feature a special image of the livery.

The BOAC livery will remain on the Boeing 747-400 until it retires in 2023, to allow as many customers as possible to have the chance to see it. By this time, British Airways will have retired the majority of its 747 fleet, replacing them with new state-of-the-art long-haul aircraft. This includes taking delivery of 18 A350s and 12 Boeing 787 Dreamliners in the next four years – which feature new cabins and are more environmentally efficient – as well as another 26 short-haul aircraft, all part of the airline’s £6.5bn investment for customers. 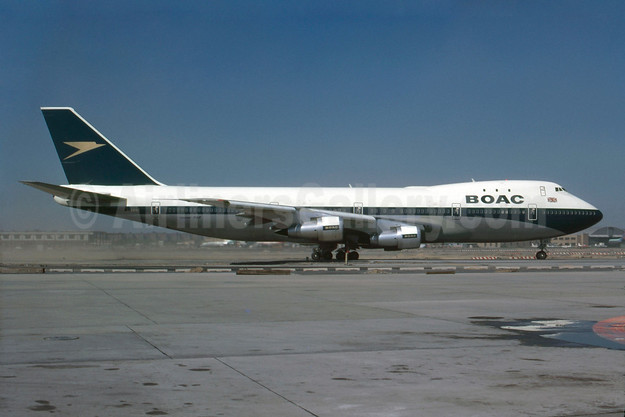 As part of its 100-year birthday, British Airways has announced it will be painting a Boeing 747-400 in the much-admired design of its predecessor British Overseas Airways Corporation (BOAC). 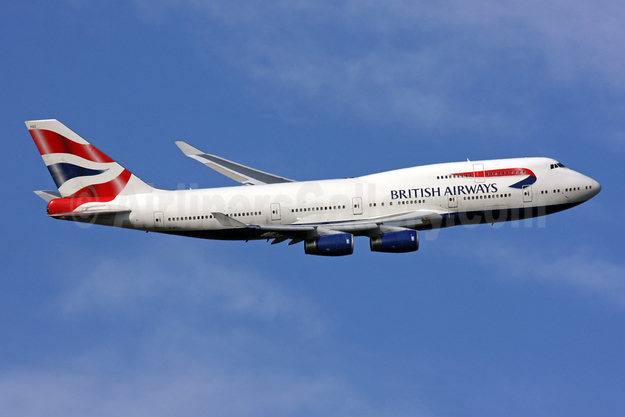 The aircraft will leave the paint shop in Dublin and arrive in to Heathrow on February 18, before entering service the following day. This coincides with the 50th anniversary of the first Boeing 747 flight only a few days earlier.

The BOAC 747 will be the first aircraft to receive a popular design from British Airways’ past with more details of further designs to be revealed in due course. Aircraft which receive the retro liveries will fly British Airways’ routes, proudly showcasing some of the popular designs as part of the airline’s centenary celebrations.

All new aircraft entering the fleet, including the Airbus A350, will continue to receive today’s popular Chatham Dockyard design.

Alex Cruz, British Airways’ Chairman and CEO, said: “So many British Airways customers and colleagues have fond memories of our previous liveries, regularly sharing their photos from across the globe, so it’s incredibly exciting to be re-introducing this classic BOAC design.

“Our history has shaped who we are today, so our centenary is the perfect moment to revisit our heritage and the UK’s aviation landscape through this iconic livery.”

The 747 has been deliberately chosen for the BOAC livery as it is a later variant of the same aircraft type that adorned the design when it was initially in operation.

The BOAC livery will remain on the Boeing 747-400 until it retires in 2023. By this time, British Airways will have retired the majority of its 747 fleet, replacing them with new state-of-the-art long-haul aircraft. This includes taking delivery of 18 A350s and 12 Boeing 787 Dreamliners in the next four years – which feature new cabins and are more environmentally efficient – as well as another 26 short-haul aircraft, all part of the airline’s £6.5bn investment for customers.

On October 4, 1958 the airline flew two de Havilland Comet 4 aircraft, one from New York to London and the other from London to New York. One of the original cabin crew members, Peggy Thorne, 91, had joined BOAC in 1950 and was hand-picked to serve customers on the first flight.

“It was marvellous” Peggy remembers. “We were used to travelling to New York on Boeing Stratocruisers which took up to 20 hours. We couldn’t believe the flight was possible in such a short time.”

US airline Pan Am had been promising that it would be the first airline to do this but was beaten by Britain’s BOAC with its new jet engine aircraft by several weeks. It was front page news.

How things have changed

Back in 1958, Comet 4 could fly just 48 customers every day from London. Today British Airways operates up to 12 flights a day from the capital, offering around 3,500 seats. On the Comet there were two cabins, Deluxe and First Class. Today, British Airways flights feature four cabins, to suit all budgets – World Traveller, World Traveller Plus, Club World and First. In 1958 a ticket to travel on the Comet staggeringly cost the equivalent of £8,000. Today, a return flight costs far less – from £292.

Despite 60 years having passed, Peggy fully recalls the inaugural: “It was so exciting to be the first – it was wonderful. There were all sorts of dignitaries on board, press and the chairman of BOAC. It was a thrilling experience. We served customers Madeira biscuits and coffee when they came on board, followed by cocktails and canapes, and then a five-course lunch with wines. Petit Fours followed and then there was Afternoon Tea! Our customers loved it – they ate and drank from when they got on board until the time they got off.”

Hugh said: “The Comet 4 was delivered to BOAC on the 30th September and flew across the Atlantic on the 4th October, which was quite a surprise to some people, not least because it was so fast!”

“The Comet 4 was a firm favourite with pilots, as it was nice to fly and the design meant it was quite easy to make smooth landings. It also had great passenger appeal due to it’s beautiful appearance and take-off performance.”

Peggy was also invited to see how the airline now trains its cabin crew members: “It’s overwhelming. The technology and the number of aircraft training cabins – we had nothing like this in our day.”

With just a few months left before British Airways begins its Centenary celebrations, Alex Cruz, British Airways Chief Executive and Chairman, paid tribute to the crew of the first flights: “British Airways and its predecessors have always pioneered innovation and hospitality and this is a great early example. Next year we celebrate 100 years of taking Britain to the world and bringing the world to Britain, and the quality of service we provide to customers is better than ever.”

All above photos by British Airways.