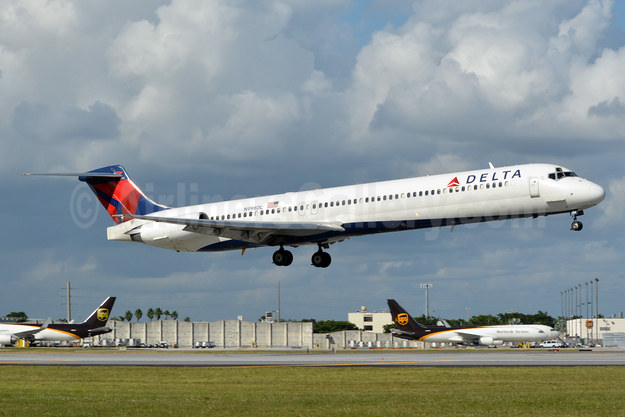 Delta Air Lines (Atlanta) has been forced to delay the retirement of the last McDonnell Douglas MD-88 until 2020. This was confirmed on the Delta management conference call last week to analysts to discuss Delta’s fourth quarter and 2017 financial results.

The retirement target date has been pushed back due to the delays with the replacement Bombardier C Series aircraft. Delta has 75 copies of the Bombardier CS100 on order (below). Deliveries were previously expected to begin later this year. This target date is likely to slip.

Delta is also adding Airbus A321s to replace the MD-88s. 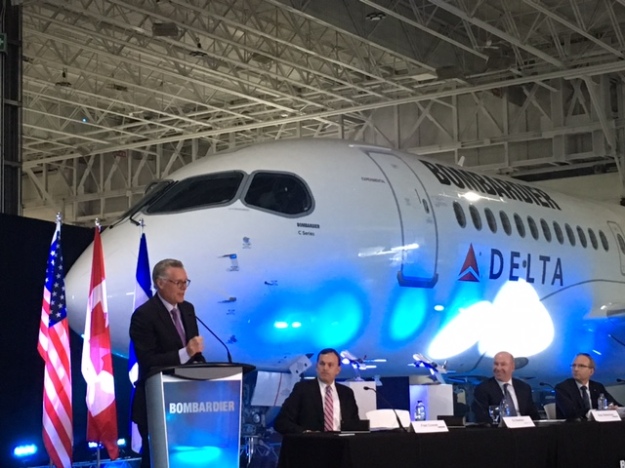 Delta is negotiating with Bombardier to ensure all 75 Bombardier CS100s are assembled in Mobile, AL as insurance there will be no import traiffs imposed on Canadian-built aircraft.

Boeing has previously accused Bombardier of dumping the aircraft on to the US market after Bombardier reported a $500 million (CA) loss due mainly to three orders it negotiated probably at a loss.

Delta is now being forced to spend more money on the aging MD-88s for maintenance until the type is fully replaced.

On October 16, 2017 Airbus and Bombardier Inc. announced they are partnering on the C Series aircraft program. The agreement brings together Airbus’ global reach and scale with Bombardier’s newest, state-of-the-art jet aircraft family, positioning both partners to fully unlock the value of the C Series platform and create significant new value for customers, suppliers, employees and shareholders.

Under the agreement, Airbus will provide procurement, sales and marketing, and customer support expertise to the C Series Aircraft Limited Partnership (CSALP), the entity that manufactures and sells the C Series. At closing, Airbus will acquire a 50.01% interest in CSALP. Bombardier and Investissement Québec (IQ) will own approximately 31% and 19% respectively.

Airbus has a assembly plant in Mobile, AL for its Airbus aircraft.

Negotiations continue between Delta and Bombardier.

The CS100 airliner carrying 100 passengers, along with six Bombardier crew members, was operated by Bombardier’s crew and featured the livery of launch customer Swiss International Air Lines. With the passengers, their luggage and fuel on board, Bombardier confirmed to passengers that its calculations indicated the aircraft could have flown direct from Dublin to Montréal. The one hour and 50 minutes ride from Dublin to Zurich consumed 20 per cent less fuel than competing single-aisle aircraft currently flying that route.

Swiss will take delivery of the first C Series aircraft.

C-GWXZ is pictured arriving at Zurich after the historic first passenger flight.