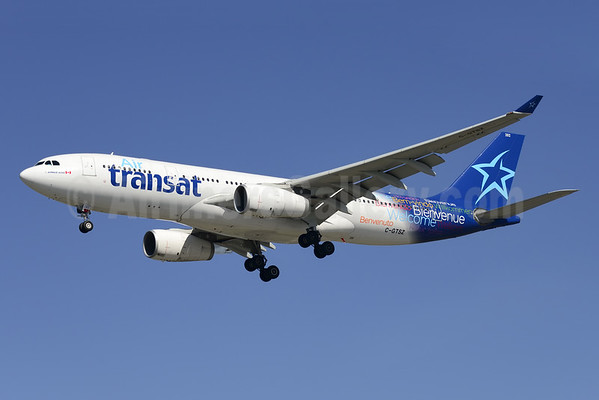 Air Transat (Montreal) has announced it fly from Toronto (Pearson) to Paris this winter thanks to the addition of new connecting flights to Montreal.

The new flights between Toronto and Paris and Montreal and the United Kingdom (London , Manchester and Glasgow ) will operate from Sunday to Thursday inclusively effective in November 2015.

Air Transat will also be offering a new Calgary – Vancouver route this winter effective December 2015 allowing passengers to leave from Calgary and board a Vancouver – London flight on Mondays.

Travellers who want to enjoy the Air Transat experience when flying domestically will also be able to take advantage of the new flights between Toronto and Montreal and Calgary and Vancouver which run during peak business travel hours.

Air Transat (Montreal) (website) has announced it is adding a new destination, Budapest, Hungary, to its trans-Atlantic program for 2015, as well as increasing seats and frequencies on many of its European routes, including Paris, London, Barcelona, Athens, Lisbon, Marseille, Nantes, Rome and Venice.

The new route will be routed from Toronto (Pearson) to Montreal (Trudeau) and finally to Budapest with Airbus A330s from June 17 through October 8, 2015.

In addition, Air Transat announced a new connection between Halifax, Nova Scotia) to St. John’s, Newfoundland and Labrador and finally to London (Gatwick), with two weekly Boeing 737-800 flights in the high season, in response to strong demand from travellers in the region. The route will be operated from June 17 through September 3, 2015.

Elsewhere in Canada, the carrier will increase flight frequencies on its London routes as well, offering 10 weekly departures from Toronto, two each from Montreal and Halifax, six from Vancouver, and three from Calgary.