Myway Airlines (Tbilisi) will start a new route from Tbilisi to Budapest starting on October 28, 2018 with Boeing 737-800s.

The new route will be operated two days a week (Thursdays and Sundays).

Previously the new airline announced a new route from Tbilisi to Kiev starting on October 5, 2018. 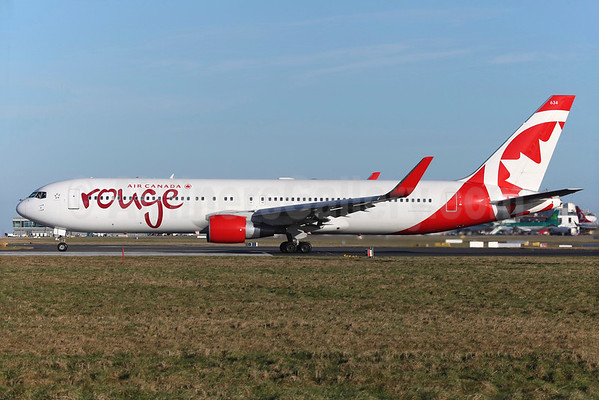 Air Canada (Montreal) has announced one of its most far-reaching summer schedule expansions ever with its first route to Africa and the addition of four major European cities to its global network. The new Air Canada rouge service to Casablanca, Morocco , means Air Canada will be one of only a dozen airlines in the world that serve six continents.

“Air Canada is solidifying its position among leading global carriers by becoming one of only a dozen airlines flying to six continents with today’s announcement of non-stop service to Casablanca, our first destination in Africa. Our Montreal – Casablanca flight will also be the only service to North Africa by a North American carrier and our aim is to transform this new route into a year-round operation. Our new, nonstop Air Canada rouge routes to Budapest, Prague, Warsaw, and Glasgow from Toronto Pearson are equally important as we continue to build out our network from our global gateway hub with more international destinations. The European services will be complemented by our Star Alliance partners, giving customers an even wider choice of travel options,” said Benjamin Smith , President, Passenger Airlines at Air Canada.

All the new services will be operated by Air Canada rouge (Toronto), Air Canada’s leisure carrier. All flights will be flown using a 280-seat Boeing 767-300 ER aircraft offering a choice of premium and economy cabins. Customers will have the ability to collect and redeem Aeroplan miles. Seats are now available for purchase. To promote these new nonstop routes, Air Canada is offering a special introductory fare starting as low as CAD$869 roundtrip, all-in for travel before July 2016 .

Montreal – Casablanca : service begins June 3, 2016 with flight AC1936 and operates four times weekly, subject to obtaining the necessary government approvals. Departs Montreal at 21:40 on Monday, Wednesday, Friday and Sunday, arriving in Casablanca at 10:00 the next day. Return flight AC1937 departs Casablanca at 11:55 and arrives in Montreal at 14:45 on Monday, Tuesday, Thursday and Saturday. Service ends for the season on October 17, 2016 .

Since 2009, Air Canada has increased its system-wide international capacity, measured by seats, by approximately 50 percent. This year, Air Canada launched new international services from Montreal to Venice and Mexico , Vancouver to Osaka, and Toronto to Amsterdam . In November, the airline will launch nonstop service to Dubai and Delhi from Toronto and it has also announced new service beginning in 2016 to Brisbane from Vancouver, to Lyon from Montreal, and to London – Gatwick from Toronto.

Wizz Air (Hungary) (Budapest) will launch the two new routes to Birmingham (UK). The twice-weekly Warsaw – Birmingham route will be started on September 14 followed the next day by twice-weekly Budapest -Birmingham service according to Airline Route.

Wizz Air (Budapest) has announced further growth of its route network from Poland. From July 3, 2015 Wizz Air will start operating a new service from Gdansk to Keflavik (near Reykjavik) in Iceland, with two weekly flights.

In other news, Wizz Air has announced twice-weekly service from Budapest to Tenerife, starting on October 30 with departures on Mondays on Fridays.

Finally, Wizz Air announced a new Debrecen route to Bergamo (near Milan) which will start operating with two weekly flights on October 25.

Air China (Beijing) plans to start Beijing – Minsk – Budapest services from May 1, 2015. The will be the only direct route from China to Belarus and Hungary.

The four-time weekly Beijing – Minsk – Budapest services CA721/722 will be operated on Mondays, Wednesdays, Fridays and Sunday. The outbound flight departs from Beijing at 13:00 Beijing time and arrives in Minsk at 16:50 local time and in Budapest at 18:20 local time. The return flight departs from Budapest at 19:00 and arrives in Beijing at 11:50 Beijing time on the second day. The route is to be operated with Airbus A330-200

By December 2014, Air China had a fleet of 523 passenger aircraft and freighters of mainly Boeing and Airbus families (including those of the carriers which Air China has a majority stake in). It operates 322 routes, including 82 international routes, 15 regional routes and 225 domestic routes. It serves 159 cities in 32 countries and regions, including 53 international cities, 3 regional cities and 103 domestic cities. Every week, Air China offers over 1.3 million seats on over 7000 flights per week.

Utilizing its extensive route network and its hub in Beijing, especially after its admission to the Star Alliance, Air China can fly passengers to 1,328 airports in 195 countries.

Ryanair (Dublin) has announced three new routes from their Athens base, to Budapest, Bratislava and Santorini (Thira).