Air France-KLM and Air Europa intend to conclude a new joint venture agreement for their flights between Europe and Central and South America. This foreseen agreement will allow both to expand their offerings and enhance travel opportunities for their respective customers.

For many years, both Air France and KLM have had a fruitful cooperation with Air Europa. The current partnership consists mainly of successful codeshare agreements between and beyond Paris and Amsterdam on the one hand and Madrid on the other. Air France and Air Europa started their code share cooperation in 2003 and currently cover 21 code share routes within Europe. KLM and Air Europa have been collaborating since 2002 and now operate 19 code share routes within Europe. In 2007, Air Europa also joined the SkyTeam Alliance. 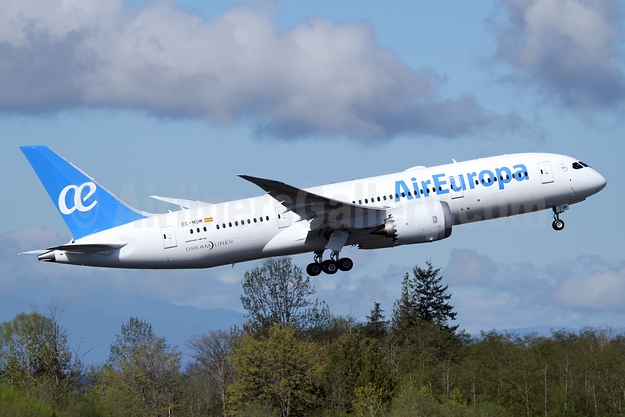 Both parties are currently conducting an integral analysis of a deeper and expanded cooperation, aiming at a joint venture agreement between Air France-KLM and Air Europa between Europe and Central/South America to strengthen the joint offer to customers.

The complementarity of the respective networks from/to Central and South America will provide significant additional benefits for customers in the form of better connectivity, increased seat availability and a basis to launch new routes and direct flights between the two continents.

Air France-KLM and Air Europa are in the midst of carrying out an in-depth legal analysis of the terms of this possible future agreement in order to ensure compliance with all applicable laws and regulations.

“The deepening of our cooperation with Air Europa through a joint venture will provide a strong foundation for us to work even closer together in order to enhance our offer on routes between Europe and Central / South America. We are striving to even increase and improve our current leading role on these markets and offer our joint customers more benefits together with our long term partner Air Europa” said Frédéric Gagey, Chief Executive Officer and Chief Financial Officer, Air France-KLM.

“We are proud to be strengthening and expanding the successful relations we have with Air France-KLM and to be working together as part of the new cooperation project between Europe and Central and South America. We are convinced that this new alliance will provide great benefits for both airlines as well as considerable advantages for our customers,” said Javier Hidalgo, Chief Executive Officer of Globalia, parent company of Air Europa.

Air Europa now has eight Boeing 787-8 Dreamliners in service. The carrier is now extending the reach of the 787 fleet.