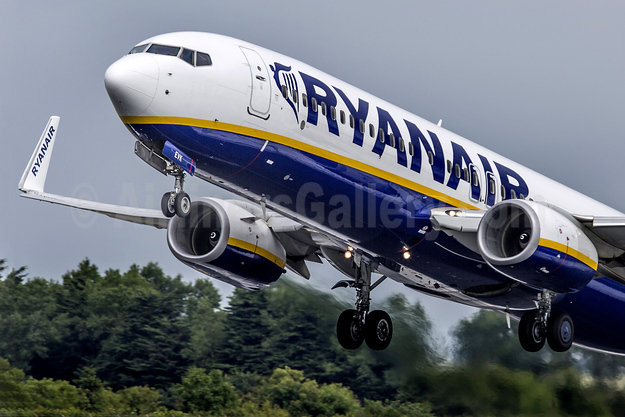 Ryanair on March 23 announced two new routes from London Stansted to Kiev and Lviv as the airline announced that it will now fly to Ukraine, its 36th country.

These new services will commence from the end of October, as part of the new Winter 2018/2019 schedule.

In other news, Ryanair has extended its partnership with Air Europa.

Ryanair (Dublin) has announced that it is extending it’s summer 2015 schedule from London Stansted Airport, with a new route to Deauville, France. This is in addition to the previously announced four new summer 2015 routes to Ponta Delgada (Azores), Cologne, Glasgow and Edinburgh and increased flights on 24 existing routes to and from London (Stansted).

The new route to Deauville will operate twice weekly on Mondays and Fridays from April 3, 2015.

Copyright Photo: SM Fitzwilliams Collection/AirlinersGallery.com. Up close and person. Boeing 737-8AS EI-EVK (msn 40298) launches into the sky at the Dublin base.

Ryanair (Dublin) has announced it will open its first Slovakian base (overall the 71st base) at Bratislava in March 2015 with two based aircraft and 16 routes including a new route to Madrid.

Copyright Photo: SM Fitzwilliams Collection/AirlinersGallery.com. Boeing 737-8AS EI-EVK (msn 40298) roars into the sky at the Dublin home base.