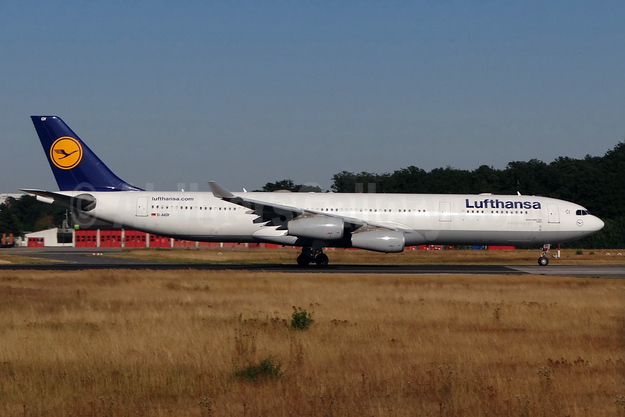 Lufthansa (Frankfurt) is launching a new route between its Munich hub and Perugia at the start of the 2015 summer schedule. From March 29, 2015, Lufthansa will offer twice-weekly flights to the capital of Umbria with an Embraer 195 aircraft. The new MUC – PEG service will take off from Munich on Sundays and Tuesdays under flight number LH 1924.

Next summer, in addition to the new service to Perugia, Lufthansa is launching new routes to the Icelandic city of Keflavik, to Heraklion on the Greek island of Crete, to Seville in southern Spain and to Scotland’s largest city, Glasgow.

Additionally Lufthansa is continuing to expand its route network with new destinations. The airline will offer nonstop flights to popular holiday destinations in Mexico, the Maldives and Mauritius. During the winter months, between December 8, 2015 and April 11, 2016, passengers will be able to choose between two weekly flights each from Frankfurt to Cancún, Malé or Mauritius on Airbus A340-300 aircraft with a total of 298 seats in Business, Premium Economy and Economy Class. The seats in the new Business Class can be transformed into a comfortable bed with a horizontal lying surface of 1.98 meters in length, while increased legroom and a greater seat pitch await those in the recently introduced Premium Economy Class. The twice-weekly flights to Cancun will start December 8, 2015 , Male on December 9, 2015 and Mauritius on December 10, 2015.

As previously reported, LH is also launching Airbus A340-300 service to Tampa starting on September 24, 21015,

Lufthansa is launching a new helicopter service to the slopes this winter. Lufthansa customers will be able to reach the ski slopes even faster this winter. A new helicopter service from Munich will commence on January 1, 2015. The carrier will serve Garmisch-Partenkirchen, Zillertal, Kitzbühel, SkiWelt Wilder Kaiser-Brixental or other resorts in the Alps – as long as there is a helipad on site. The service can be booked now and will operate until the end of April. The company HTM Helicopter Travel Munich GmbH will operate the new service.

MEGA Global Air Services (Maldives) Pvt. Ltd. (dba Mega Maldives Airlines) (Male) and it’s offshore partner, MG Holdings Limited, signed a Memorandum of Understanding (MOU) with BB Airways Pvt. Ltd. of Nepal, whereby the companies agreed to collaborate on developing flights and sharing of resources for cost effective operation of both airlines. The two airlines plan to develop operations both within the SAARC region and beyond.

The cooperation between BB Airways and Mega Maldives Airlines will help both parties expand and open new markets.

According to CAPA, Mega Maldives plans to add four additional Boeing 757-200s and one additional Boeing 767-300 and add its first routes to the Middle East and Southeast Asia. The second phase of expansion will see the possible launch of services to Australia and Europe using a second type of widebody aircraft.

Mega Maldives currently operates regular flights throughout the year from Male to Beijing, Shanghai and Hong Kong. These operations include 6 to 18 round trips per month from these cities depending on the time of the year (see map below).

Mega Maldives also operates seasonal routes from Male to Gan, Chengdu, Chongqing, Hangzhou and Seoul (Incheon). Due to the seasonality of demands on these routes, Mega Maldives does not normally operate flights to these destinations in mid-December to early January and between March and May.

According to the privately owned airline, “Mega Maldives Airlines is the privately owned international airline of the Maldives and serves the Chinese market with the greatest number of frequencies of any nonstop carrier. The airline operates Boeing 767 and 757 aircraft in a multi-class configuration. Mega, founded in 2010, carries up to 30% of the Chinese market to Maldives and up to 14% of all traffic to the Maldives. The airline plans to take delivery of several additional aircraft and expand to several new points over the coming year.”