Netherlands to sue Russia over the downing of Malaysia Airlines flight MH17.

Malaysia Airlines Flight 17 (MH17) was a scheduled passenger flight from Amsterdam to Kuala Lumpur that was shot down on July 17, 2014 while flying over eastern Ukraine. All 283 passengers and 15 crew were killed. Contact with the aircraft, a Boeing 777-200ER, was lost when it was about 50 km (31 miles) from the Ukraine–Russia border, and wreckage of the aircraft fell near Hrabove in Donetsk Oblast, Ukraine, 40 km (25 miles) from the border. It was Malaysia Airlines’ second aircraft loss during 2014, after the disappearance of Flight 370 on March 8. The shoot-down occurred in the War in Donbass, during the Battle in Shakhtarsk Raion, in an area controlled by pro-Russian rebels. The Ukrainian Air Force had suffered losses from increasingly sophisticated air defense weaponry.

The responsibility for investigation was delegated to the Dutch Safety Board (DSB) and the Dutch-led joint investigation team (JIT), who concluded that the airliner was downed by a Buk surface-to-air missile launched from pro-Russian separatist-controlled territory in Ukraine. According to the JIT, the Buk that was used originated from the 53rd Anti-Aircraft Missile Brigade of the Russian Federation and had been transported from Russia on the day of the crash, fired from a field in a rebel-controlled area and returned to Russia afterwards. On the basis of the JIT’s conclusions, the governments of the Netherlands and Australia held Russia responsible for the deployment of the Buk installation and were pursuing legal routes as of May 2018. The Russian government denied involvement in the shooting down of the plane, and holds the Ukrainian government at fault for allowing civilian flights in a war zone. Immediately after contact with the aircraft was lost, the rebel militia in Donetsk claimed to have shot down a Ukrainian An-26 military transporter. When it became apparent that the wreckage that fell near Hrabove was from a civilian airliner, the separatists withdrew this claim and denied shooting down any aircraft.

The findings by the DSB and JIT are consistent with the earlier claims by American and German intelligence sources and claims by the Ukrainian government. 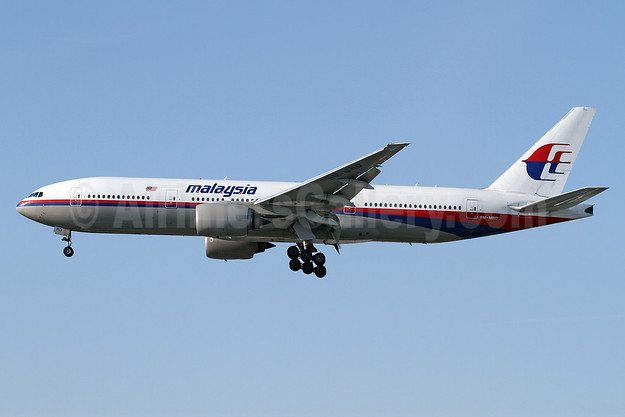 July 17 marks the one year anniversary of flight MH 17.

Malaysia Airlines, together with the governments of Malaysia, Australia and the Netherlands, are honoring those lost by offering our deep condolences to families and friends affected by this tragedy.

In observance of the one year anniversary, the Government of Malaysia held a memorial event on July 11, 2015, at Kompleks Bunga Raya, KL International Airport, Sepang. The Government of Australia and the MH 17 Aviation Disaster Foundation, with support from the Government of Netherlands, will also be having a remembrance ceremony on July 17, 2015, in Canberra and Nieuwegein respectively.

Malaysia Airlines has made arrangements for family members to attend the memorial event at one of these countries by providing flight tickets, accommodation and transfers to the event venue.

The airline would like to take this opportunity to thank the Government of Malaysia, Australia and Netherlands, our many international friends, our employees, our loyal customers, and the people of Malaysia who have provided tremendous and heartfelt support to Malaysia Airlines and the families of the passengers and crew during this difficult time.

Today, we remember and honor those lost and keep their family and friends in our hearts.

WE REMEMBER. WE HONOR. ALWAYS AND FOREVER.

Note: The government of the Netherlands is preparing to issue its aircraft accident report on the intentional destruction of flight MH 17.