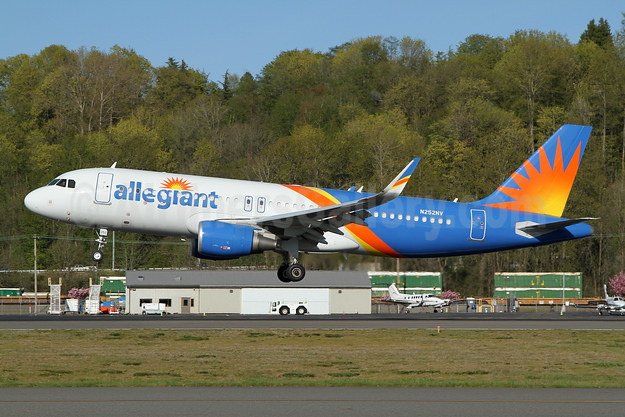 Allegiant Air today announced that the company and the International Brotherhood of Teamsters (IBT), representing Allegiant’s workforce of maintenance technician and related employees, have reached an agreement in principle on all remaining open issues for the first collective bargaining agreement between the parties. The agreement in principle is subject to finalization between the parties and ratification by the employee group, which includes line and heavy maintenance technicians as well as stores employees and some administrative maintenance staff.  A ratification vote is expected to occur by the end of July, 2021. Allegiant currently employs 415 maintenance technician and related employees.

The process of negotiating a first collective bargaining agreement for Allegiant maintenance technician and related employees began in January 2019. The parties had temporarily suspended negotiations early in 2020 due to the COVID-19 pandemic, but talks resumed in September.  The International Brotherhood of Teamsters was most recently certified as the group’s exclusive representative on March 7, 2018.

Allegiant Travel Company has  reported the following financial results for the first quarter 2020, as well as comparisons to the prior year:

“The events that have unfolded over the last eight weeks are truly unprecedented,” stated Maurice J. Gallagher, Jr., chairman and CEO of Allegiant Travel Company. “We began to see the first signs of demand weakness at the end of February, with a steep downward demand trajectory by mid-March. Despite March revenues down nearly 40 percent year over year, we finished the quarter with airline-only EPS of $1.89 per share and an airline-only operating margin of 12.6 percent. These numbers are a true testament to the flexibility of our model and our ability to right-size capacity quickly and seamlessly.

“Since the onset of the pandemic, we have been laser-focused on ensuring the health and safety of our employees and passengers. Enhancing our cleaning procedures, adding health precautions and employing smart principles of social distancing, we recently launched our Going the Distance for Health and Safety initiative as a resource to customers, the details of which can be found in the bullets below. It outlines a set of principles which are as much a part of our DNA as flying from small cities to vacation destinations. These principles are designed to evolve with travel needs, as a permanent part of our operation.

“In addition to health and safety enhancements, we took early and decisive action to preserve liquidity and reduce cash burn. These measures, outlined below, have brought immediate and significant progress over the past few weeks. Most notably, more than 25 percent of our team members have strengthened these efforts by participating in voluntary leave and pay reduction programs. I am humbled by their generosity and personal investment in our company. These investments will help preserve jobs and the company alike. The effect of these combined liquidity preservation measures has reduced daily cash burn to roughly $2.1 million a day, in a matter of a few weeks.

“As previously reported, we will receive $172 million in payroll support under the CARES Act, of which $86 million has been received to date, with the remainder being paid in installments. In addition, we will receive nearly $100 million in federal income tax refunds during the second quarter of 2020 related to favorable net operating loss (NOL) carryback rules as outlined by the CARES Act. We anticipate another projected $100 million or more early next year related to 2020 expected losses and capital expenditures. I look at this very material $200 million plus in federal income tax refunds as our ‘equity’ offering other carriers are currently pursuing in the market. With these refunds and our aggressive cost and capital expenditure savings, we believe we have sufficient liquidity going forward. Should we project a need for additional funds, we have up to $276 million of dry powder available through the end of September from the CARES Act loan program.

“Near term is painful and will continue to be painful. But I believe our model, given the current economic impact, is best-suited to withstand the brutal impact from this pandemic. In the near term, we will most likely shrink our fleet by as many as 25 aircraft. These aircraft, particularly the motors, will ‘seed’ our near and long-term ability to materially reduce planned engine overhauls, beginning in 2020 and for years thereafter. Going forward, the market will favor buyers, not sellers as has been the case the past few years. We will be able to use our expertise, as we did with the MD80s, to purchase aircraft and associated parts at what we believe will be substantial discounts to recent prices. We will ‘manage’ planned overhauls via our balance sheet versus expensive overhaul shop visits. Another substantial advantage is that we do not have meaningful aircraft purchase commitments in 2021 and beyond. The combination of our retirements and the greatly reduced cost of used aircraft and their motors is a key part of both our near-term liquidity benefit and long-term – 2021 and beyond –  reduced capital requirements for our growth. Finally, I am reminded of a saying I used with our MD80s, namely ‘we were a non-capital-intensive business in a capital-intensive industry.’

“Going forward, we are prepared to make tough choices and take any steps necessary to adapt and right-size our cost structure. Since the outset of the COVID-19 crisis, we have taken proactive measures to adjust quickly and aggressively to meet the demands of this challenging and changing environment. With that said, our low-cost business model has proven its resilience during past economic downturns, and we expect it will support our ability to rebound here as well. The Allegiant model, based on simplicity, flexibility and optionality is well-suited for these difficult environments.”

Covid-19 Responses – Going the Distance for Health and Safety

Update: On November 21, 2017 United Airlines made the official announcement:

United Airlines on November 21 announced it will offer customers more opportunities to travel from five of its U.S. hubs to 10 cities in California, Florida, Montana, New York, North Carolina, Oregon and Texas beginning in April 2018. Additionally, the airline announced it will optimize its O’Hare International Airport (ORD) schedule to provide shorter connection times and more options for customers connecting through Chicago.

Beginning in February 2018, a newly enhanced bank structure at O’Hare will mean shorter connection times and better access to more destinations for customers connecting through the carrier’s Chicago hub. This operations enhancement, already in place at United’s Houston hub, will enable United to greatly improve connectivity throughout its industry-leading global route network.