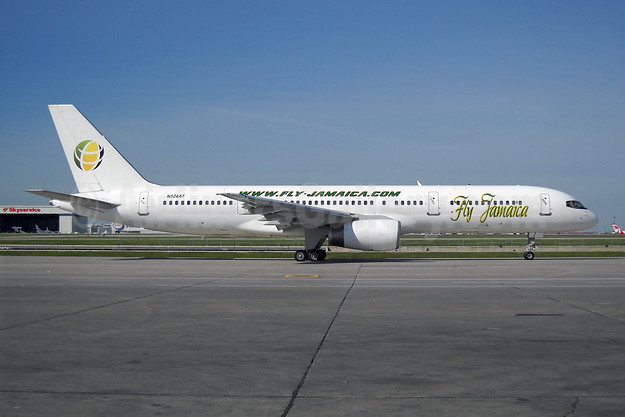 Fly Jamaica Airways as of today, March 31, has laid off all of its employees. The cash-strapped airline has been unable to resume operations since its only Boeing 757-200 (N524AT) crash landed at Guyana’s Cheddi Jagan International Airport on November 9, 2018.

Previously in November the airline issued this statement:

Fly Jamaica Airways (Kingston) has been cleared by the Guyana government to operate scheduled passenger service from Georgetown, Guyana to both New York (JFK) and Toronto (Pearson). The airline is looking for a second Boeing 757-200 to operate the new routes. There is a long list of carriers that have tried to make the Georgetown-New York route viable.

Read the full story from the Jamaica Observer: CLICK HERE

Here is how the airline describes its self on its website:

Fly Jamaica Airways began with a dream to create a truly regional airline, using local talent and with an emphasis on providing a truly local experience to its customers. An full-service, local airline that would bring the Diaspora, and the world, home to the Caribbean.

The Company was incorporated in Kingston, Jamaica on September 7, 2011 and started with a Boeing 757 aircraft. We faced a rigorous start-up process, including meeting national and international requirements. Through the stewardship of our experienced management and dedication of our amazing employees, we proved to aviation regulators that we have what it takes to be a world-class airline.