Delta Air Lines on Wednesday, January 3, 2018, ferried its last Boeing 747-451 (N674US) to the Pinal Airpark in Marana, Arizona. Flight DL 9771 departed from Hartsfield-Jackson Atlanta International Airport (above) bound for Marana. The last Delta Boeing 747 is now resting in the desert. After operting several charters during the Christmas – New Years holidays and making a goodbye tour, the last 747 was retired from the fleet with this ferry flight. Employees were permitted to go on the last flight to the desert including a couple who decided to marry on the last flight.

For Delta flight attendant Holly R. and pilot Gene P., the 747 is more than the beloved Queen of the Skies. It was a matchmaker at 35,000 feet.

“We met nine years ago on the 747-400,” Gene said. “Since then we’ve spent years flying this airplane together around the world. In a lot of ways we really grew up on the 747, so it’s a fitting salute to say goodbye with this milestone. For us, it’s really a way of showing that as one life ends, another one begins.”

The couple, who married on board Delta’s final 747 passenger flight, met on the upper deck of a 747-400 flying U.S. troops to Kuwait.

“We met at row 75,” Holly said. “I will never forget that day, and just feel so blessed that we are able to take this awesome aircraft on its last flight.”

Holly began her career at Northwest Orient in 1985, becoming a Delta flight attendant when the airlines merged. Gene began his career in 1977 with Braniff Airways, later joining Northwest Airlines and becoming a Delta pilot after the merger.

“Every month Gene and I would look at our schedules and bid on flights together and every once in a while we’d get to fly together,” Holly said. “There were times where we wouldn’t get on the same rotation and we’d be apart for a month and a half, but for us, it just worked.”

Nine years later, Holly and Gene decided to tie the knot. Knowing their love of aviation and the Queen of the Skies, Holly and Gene opted for a unique venue, getting married on Delta’s final 747 passenger flight from Atlanta to the desert, where the plane will retire.

“I love this plane – it truly feels like home to me,” Holly said. “I feel very fortunate that the 747 was based in Detroit. I was able to fly with the same crews and we really became a family. It’s always been my favorite plane, and it’s absolutely a love of Gene’s – he loves it like he loves me. We’re so fortunate to able to give her a farewell with the memory of a lifetime. It was meant to be.” 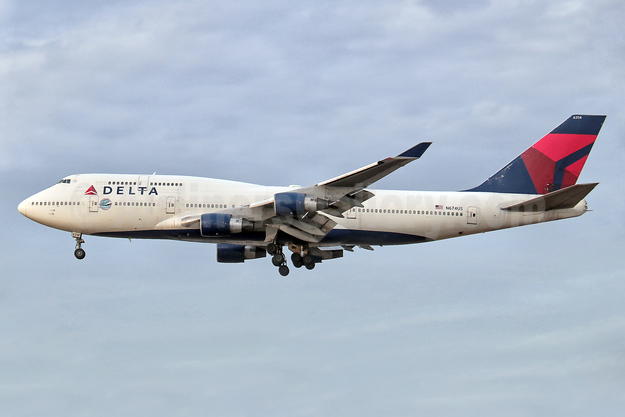 Above Copyright Photo: Michael Carter. N674US shows its wear as it approaches Los Angeles on January 1, 2018 on its Farewell Tour.

After the two said “I do” alongside some of their closest friends and colleagues, they shared a champagne toast and cake.

“I am very sad to say goodbye to one of the most iconic airplanes that’s ever been made, but we’re thrilled and proud to have this lifelong memory of getting married on the last passenger 747 flight in the United States,” Gene said.

The newlyweds will make a home together in Minnesota, and will continue their Delta careers based in Minneapolis.

Above and below photos: Delta. Employees were permitted to write send-off messages on the aircraft. 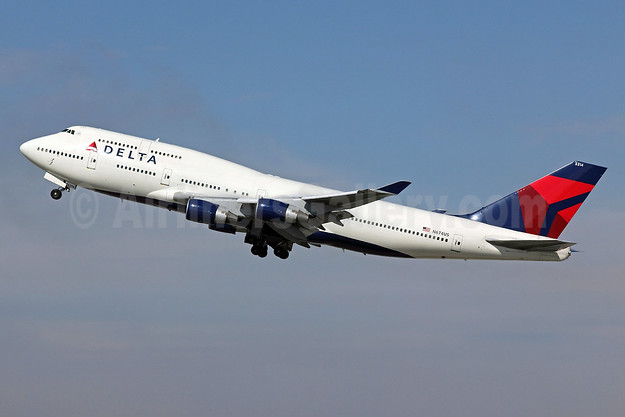 Delta Air Lines brought the pictured N674US back to its birthplace at Paine Field in Everett, WA from Detroit on Monday, December 18, 2017. The pictured Boeing 747-451 N674US operated a short flight to Seattle/Tacoma.

As previously reported, Delta announced the final flights for the iconic Boeing 747-400 this month:

Here are seven things to know about Delta’s big goodbye to the 747:

Delta will be celebrating the iconic and revolutionary 747 throughout December in all of its channels and encourages customers, enthusiasts and employees to share their own tributes and remembrances using the #DL747Farewell hashtag. 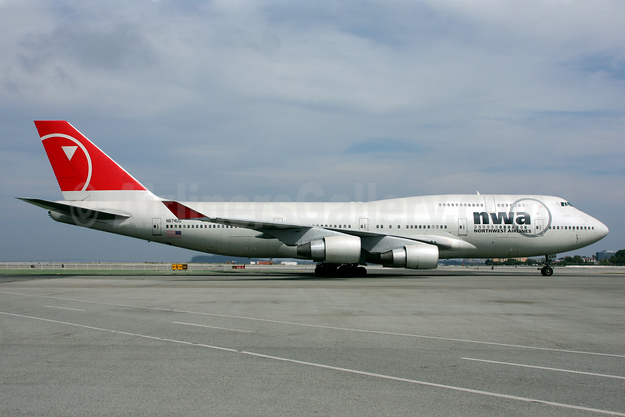 Delta Air Lines (Atlanta) has completed the installation of full flat-bed seats in the BusinessElite® cabin of all Boeing 747-400 type aircraft.

The last of 16 Boeing 747 aircraft, each with 48 BusinessElite seats, has been retrofitted with full flat-bed seats. It entered scheduled service this week on a flight between Singapore and Tokyo’s Narita airport, before making its way to Atlanta.

Delta previously completed installation of the full flat-bed modification on its Boeing 777 and 767-400 ER aircraft types.  To date, 13 767-300 ER aircraft have received the modification and three more will be complete by month’s end.  In total, approximately 50 percent of Delta’s widebody international fleet has received the upgrade.  In addition to flat-bed seats in BusinessElite, the cabin overhaul includes upgraded seats in the Economy cabin with personal entertainment at every seat.  The airline’s entire widebody international fleet of more than 140 aircraft will receive the full aircraft modification in both cabins by the middle of 2014.

This autumn, Delta announced plans to add Wi-Fi to its entire international fleet.  The airline is already the largest operator of Wi-Fi-equipped aircraft on more than 3,000 flights serving more than 400,000 customers every day.  When complete, Delta will offer Wi-Fi on more than 950 aircraft, from 747s to two-class regional jets.