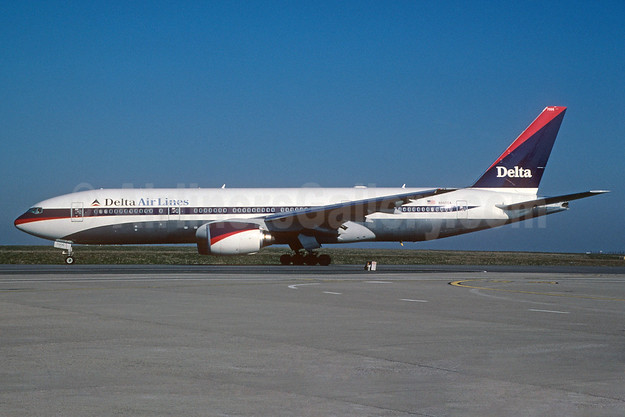 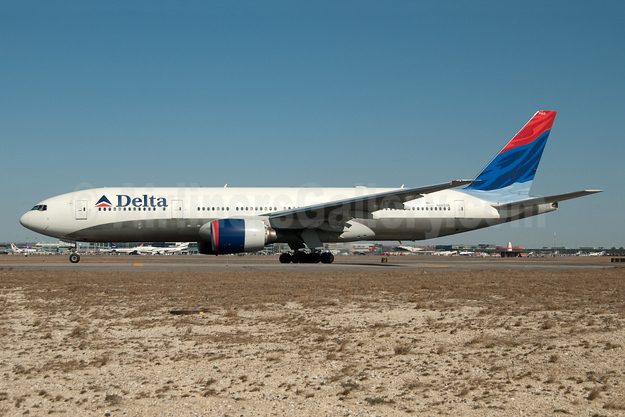 The carrier is also closing out the Boeing 777 chapter with two domestic flights to Los Angeles: 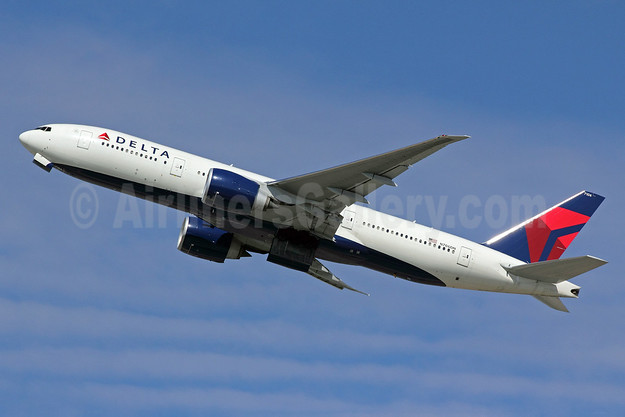 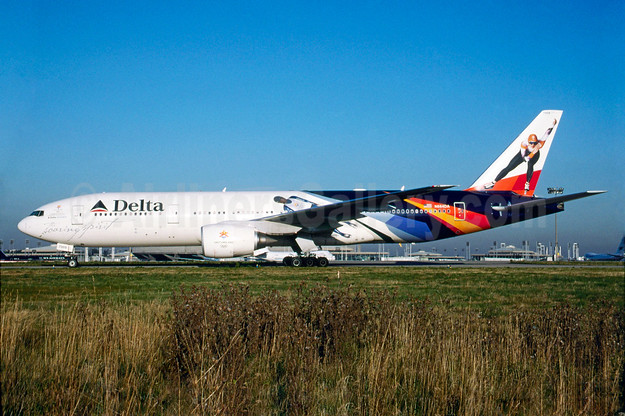 Delta Air Lines and Korean Air took a significant step in the creation of their trans-Pacific joint venture with approval of the joint venture by the U.S. Department of Transportation.

The DOT approval reflects the consumer benefits that will be created by the new joint venture. The two carriers will deepen their relationship, offering customers in the U.S. and Asia an enhanced and expanded flight network as well as more compelling travel options. The airlines have also applied for approval for the joint venture from the Korean Ministry of Land, Infrastructure and Transport.

The joint venture will create a combined network serving more than 290 destinations in the Americas and more than 80 in Asia, providing customers of both airlines with more travel choices than ever before. The joint venture will provide both airlines with the expanded scale and scope to offer new alternatives to customers. The two airlines will also expand codeshare flights on trans-Pacific routes.  Customers will benefit from enhanced frequent flyer benefits, providing customers of both airlines the ability to earn and redeem miles on Delta’s SkyMiles and Korean Air’s SKYPASS program.  In addition, co-location at key airports including Incheon Terminal 2 which will provide customers with a seamless connection and baggage transit experience. Under the agreement, the airlines will share costs and revenues on flights within the scope of the joint venture as they work to expand service options for travelers.

In anticipation of the joint venture, Delta launched new nonstop service between Atlanta and Seoul earlier this year. This flight complements Korean Air’s existing service and provides customers in the U.S. with greater access to destinations across Asia. Korean Air operates to 10 gateways in the U.S. while Delta has three gateways from Seoul along with nonstop service to six other gateways in Asia. The new joint venture provides U.S. travelers with more options when flying to Asia.

Delta has a 25-year track record of partnering closely with airlines around the globe, beginning with the first successful trans-Atlantic partnership, when Northwest and KLM launched their joint venture in 1993. Today, Delta has seven partnerships with leading carriers in the biggest aviation markets in the world that are either joint ventures, equity investments, or both – spanning Europe, Latin America, Asia and Australia. Through these deep relationships and immunized joint ventures, Delta has successfully achieved many of the benefits of cross-border cooperation for our customers. 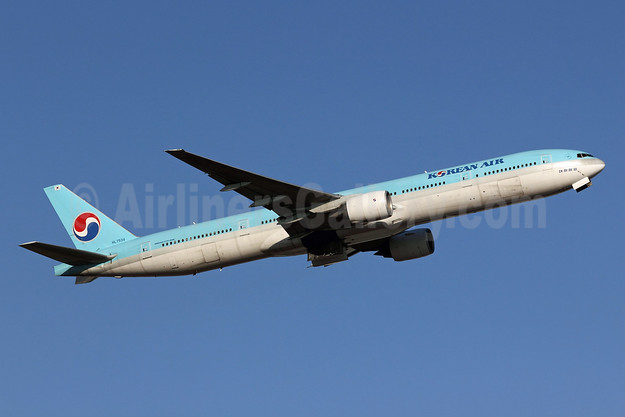 Delta’s pre-tax income for the March 2014 quarter was $444 million, excluding special items1, an increase of $363 million over the March 2013 quarter on a similar basis.

Delta’s net income for the March 2014 quarter was $281 million, or $0.33 per diluted share, excluding special items1. This is $196 million higher year over year despite $163 million of non-cash tax expense now recognized after the reversal of the company’s valuation allowance.

On a GAAP basis including special items, Delta’s pre-tax income was $335 million and net income was $213 million, or $0.25 per diluted share.

Delta cancelled more than 17,000 flights due to severe weather in January and February, double the number of flights cancelled for weather in 2013. These cancellations resulted in $90 million of lost revenue and $55 million lower pre-tax income.

Results include $99 million in profit sharing expense in recognition of Delta employees’ contributions toward achieving the company’s financial goals.

Delta generated $951 million of operating cash flow and $390 million of free cash flow in the March 2014 quarter. This strong cash generation allowed the company to reduce its adjusted net debt to $9.1 billion, contribute more than $600 million of funding to its defined benefit pension plans, and return $176 million to shareholders through dividends and share repurchases.

“The March quarter’s record results in the face of unprecedented weather show the strength and resilience of Delta. By delivering the industry’s best customer service, operational reliability and financial performance, Delta people continue to show that they are the very best in the business,” said Richard Anderson, Delta’s chief executive officer. “Our work is not finished, and there is great opportunity ahead as we expect the June quarter to produce 14% – 16% operating margins. We are transforming Delta into a high-quality S&P 500 company that consistently delivers strong earnings growth and shareholder returns.”

Delta’s operating revenue improved 5 percent, or $416 million, in the March 2014 quarter compared to the March 2013 quarter, despite $90 million of lost revenue due to weather-related cancellations. Traffic increased 3.5 percent on a 1.7 percent increase in capacity.

Cargo revenue decreased 9 percent, or $21 million, driven by lower freight volumes and lower yields.
Other revenue increased 8 percent, or $80 million, driven by higher joint venture and SkyMiles revenues.”March quarter’s top line growth of 5 percent shows the strength of Delta’s revenue momentum even through the revenue loss from weather and a shift of the Easter holiday traffic into April,” said Ed Bastian, Delta’s president. “We see continued revenue strength as we move through the year from corporate revenue gains, the benefits of the Virgin Atlantic joint venture and improved ancillary revenues. These initiatives, coupled with a solid demand environment, should lead to unit revenue growth in the mid-single digits for the June quarter.”

Operations at the Trainer refinery produced a $41 million loss for the March quarter as a result of the same lower market fuel prices that lowered Delta’s overall fuel spend. During the quarter, one of the major crude units at the refinery was taken offline for scheduled modifications which lowered throughput levels. These modifications will yield a higher level of jet and diesel distillates going forward and improve the profitability of Trainer. In addition, refinery profitability was negatively impacted by an increase in Renewable Identification Numbers (RINs) expense.

Non-operating expense for the quarter increased by $66 million, driven by a $31 million seasonal loss associated with Delta’s 49% ownership stake in Virgin Atlantic, an $18 million loss on extinguishment of debt driven by Delta’s debt reduction initiatives, and $39 million higher foreign exchange impact, including a $23 million loss associated with the devaluation of the Venezuelan currency. These losses were offset by $34 million lower interest expense.

“The March quarter marks another quarter with non-fuel unit cost growth below 2 percent, and the growing momentum of our domestic refleeting and other cost initiatives provide the platform to maintain this performance,” said Paul Jacobson, Delta’s chief financial officer. “We are addressing all parts of our cost base through executing our structural cost initiatives, lowering our fuel expense with the refinery and hedging, and reducing our interest burden with additional debt reduction.”

Capital expenditures during the March 2014 quarter were $570 million, including $514 million in fleet investments. During the quarter, Delta’s net debt maturities and capital leases were $353 million.

Delta ended the quarter with $5.6 billion of unrestricted liquidity and adjusted net debt of $9.1 billion. The company has now achieved nearly $8 billion in net debt reduction since 2009.

Following are Delta’s projections for the second (June) 2014 quarter:

a $21 million mark-to-market adjustment on fuel hedges; and

a $16 million charge for debt extinguishment and other.

Delta recorded a net $78 million special items charge in the March 2013 quarter, including:

a $102 million charge for facilities, fleet and other, primarily associated with Delta’s domestic fleet restructuring; and