Virgin Australia Airlines’ (Brisbane) announced its Business Class began flying across the Tasman Sea on February 28, as part of a progressive rollout in the New Zealand and Pacific Island markets.

The inaugural return flight operated from Auckland to Sydney and signifies an enhancement to the airline’s premium service offering on trans-Tasman and Pacific Island routes. All other services come into effect on March 31, 2015.

A progressive refit on 10 of the airline’s Boeing 737 fleet is currently underway, reconfiguring the aircraft with the 2-2 business class configuration, which feature luxury leather seating and menus designed by resident head chef Luke Mangan, as well as the introduction of priority services including check-in and boarding.

On the financial side, the company issued its half year results ending on December 31, 2014. CEO John Borghetti announced a significant improvement with an underlying profit before tax of A$10.2 million, an improvement on a loss of A$45.4 million in the first half of 2014.

Pacific Blue Airlines (flypacificblue.com) (subsidiary of Virgin Blue Airlines) (Christchurch) will drop all domestic routes in New Zealand by October 17 due to the continued losses. The subsidiary will concentrate on its trans-Tasman routes.

Read the full report from the Sydney Morning Herald:

Pacific Blue Airlines (Christchurch) will add new routes to Fiji from both Adelaide and Melbourne on June 4, 2009. 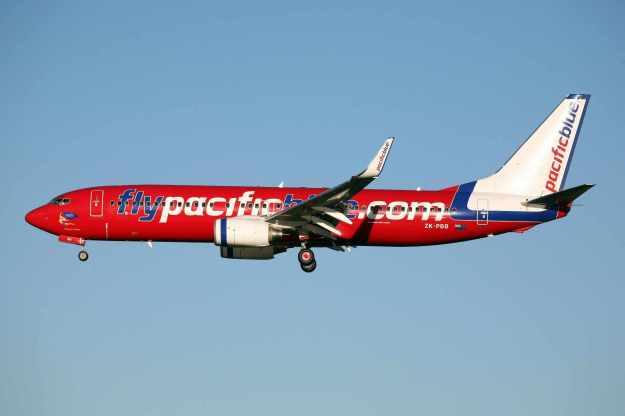