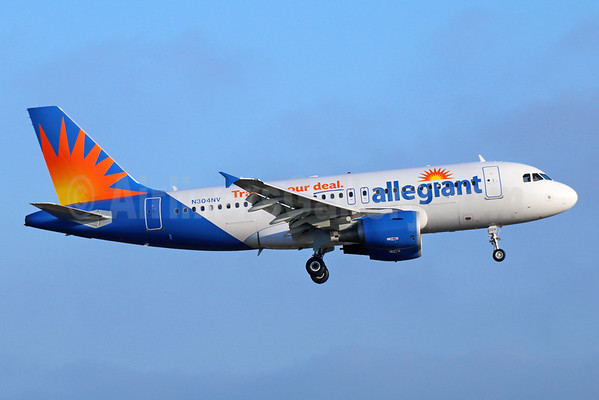 Allegiant Air (Las Vegas) has announced an agreement to purchase its 50th Airbus aircraft, an A320, from Airbus Financial Services. The purchase marks an important milestone for the company in its long-term transition to an Airbus fleet.

By the end of 2015, the company’s in service Airbus fleet will number 25, consisting of 15 A320s and 10 A319s. The remaining 25 committed Airbus aircraft will be delivered through 2018. The aircraft announced today will enter revenue service in early 2016. Allegiant anticipates adding further aircraft commitments as opportunities for new transactions arise. At the end of this year, Allegiant will have a total of 82 aircraft in revenue service.

The younger A320 family aircraft will help Allegiant to increase operational efficiency in the coming years. The enhanced operating economics of the aircraft will also open up new growth opportunities for the company by making longer routes and off-peak flying profitable. Routes such as Sanford to Bismarck, North Dakota and Mesa to Fort Wayne, Indiana have been made successful with the introduction of the A320/A319 into the fleet.