Air Malta is celebrating the 45th anniversary since operating its first flight on the April 1, 1974. Starting with just 53,500 passengers carried in the first year of operation with two wet leased aircraft, Air Malta now carries over 2 million passengers every year and operates with ten aircraft.

Over the years the Maltese Airline transported over 56 million passengers, operated over 1.2 million flights and flown over 775 million kilometres.

Speaking during at a press conference in London Heathrow’s airportto commemorate this event, Minister for Tourism Dr Konrad Mizzi hailed Air Malta’s efforts to open up new tourism markets for the Islands and the airline strong contribution to the islands GDP. He said,“Air Malta’s history is a reflection of the Islands’ self-determination andits willingness to succeed when faced with challenging times. It’s astory of commitment to the Islands by way of the support it gives to the economic and cultural wellbeing of the Islands. Air Malta is thestandard bearer of our nation and it’s our duty and obligation to workto the best of our abilities to expand its operations, see it grow and celebrate the next 45 years.” He added, “The Maltese Government is committed to Make Malta the most UK friendly country after Brexit and thus there are ongoing discussions with key stakeholders including the Malta International Airport and the Malta Tourism Authority to introduce such measures.”

Air Malta’s Chairman Dr Mangion added, “During these 45 years, Air Malta has developed a reputable brand both domestically and within Europe. The Air Malta brand is founded primarily on its safety record, the quality of its maintenance processes, its service and performance. The airline was instrumental in opening up and connecting Malta to the rest of the world and in the process diversifying and opening up new tourism markets for the local tourism industry. If it was not for the foresight of having a national airline and the continued efforts and investments from it over these years, the local tourism industry would be nowhere close to where it is today. The airline has proved to be catalyst for Malta’s growth in diverse areas.”

London Heathrow’s Head of Customer Relations and Service, LukeBurton said, “We are really happy to celebrate this achievement together with Air Malta. Such achievements are based on successful relationships and we look forward to continue our successful collaborations for many more years to come”.

Air Malta was setup by a Resolution of Malta’s House of Representatives, on March 21, 1973. The airline was registered as a limited liability company on March 30, 1973 and operated its first flight a year later on the April 1, 1974.

The airline was set up with the primary aim to establish, maintain, develop and operate air transport services to and from Malta which, by the carriage of passengers, freight and mail, serve the national interest. 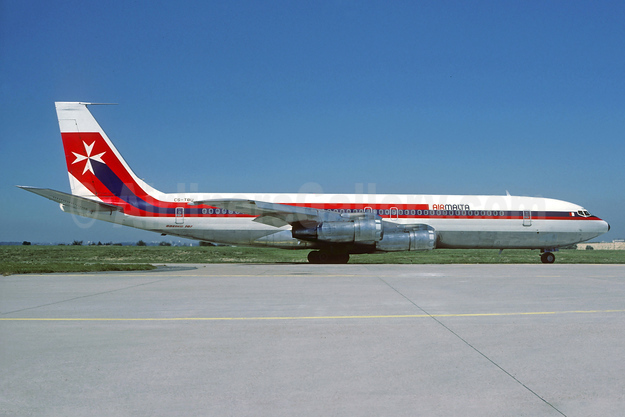 Today the airline is one of the most important Maltese organisations not only assisting the tourism sector but also providing businesses that operate on the islands with a wide distribution network abroad for the carriage of passengers and cargo.

Air Malta is proud to celebrate its 45th Anniversary since its first flight, acknowledging the contribution of all those people who believed in it from its inception and to those staff members who have worked and contributed to it development for the past 45 years. The airline is also especially thankful to its loyal customers who have supported it throughout these years.