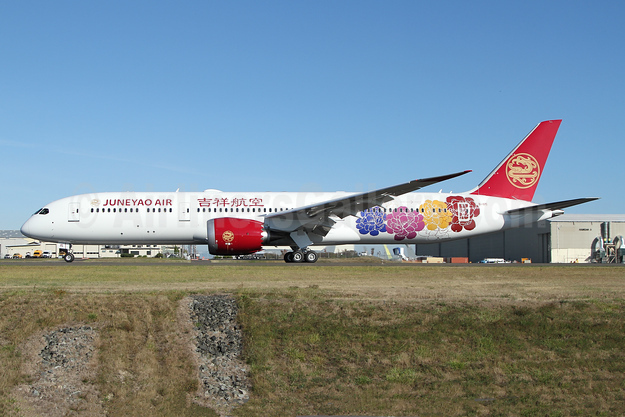 Finnair and the Shanghai-based Juneyao Air have agreed on a new codeshare cooperation on the route operated by Juneyao Air and Finnair between Helsinki and Shanghai Pudong International Airport (PVG), as well as on selected Juneyao routes in China and selected Finnair routes in Finland. The new codeshare agreement adds eight new destinations to Finnair’s network in China.

From June 28, 2019 onwards Finnair customers can connect with Juneyao Air from Shanghai to Harbin, Shenyang, Dalian, Qingdao, Xi´an, Chongqing, Kunming, Xiamen and Fuzhou. In addition, the Finnair code will be added on Juneyao Air routes between Nanjing and Xi´an, Chongqing and Zhangjiajie. At the same time, Juneyao Air code will be added to Finnair´s route between Shanghai and Helsinki, and to Finnair’s domestic routes from Helsinki to Ivalo, Rovaniemi, Kemi, Kuopio and Oulu. The Finnish Lapland has become a popular destination for Chinese tourists.

These new codeshare flights can be booked from May 16, 2019.

In other news, Finnair yesterday celebrated the 50th anniversary of its first long-haul route to New York:

May 15 is the anniversary of our first long haul flight. We opened the route to New York 50 years ago. The flight to New York departed on May 15, 1969 at 10.30. The route anniversary was celebrated at Helsinki Airport.