The intercontinental network is still slightly behind compared to last year, when 69 destinations were offered between August and October. Currently, one third of intercontinental flights only carry cargo. As soon as local travel rules allow, KLM will start carrying passengers on these flights again. The number of flights is also lagging behind: around 2,000 in August and September and just over 1,800 in October. Last year there were about 3,300, 3,200 and almost 2,600 flights respectively.

KLM has opted to expand the number of destinations first, so that customers have the widest possible choice. The next step is to increase frequencies or increase capacity by deploying larger aircraft on certain routes.

Naturally, KLM has taken measures to ensure that flights are safe for both passengers and staff. For example, face masks are mandatory when boarding and during the flight, there are extra hygiene equipment on board, and KLM’s aircraft are cleaned extra thoroughly. The air on board is quickly refreshed using HEPA filters. For more information about the hygiene measures on board, please watch this video: https://youtu.be/frPO6b58kcU.

New destinations have also been added: Cork (Ireland), Southampton (United Kingdom) and Riyadh (Saudi Arabia). The corona crisis has impacted the airline industry heavily. Supply and demand are now subject to greater, more rapid change than before. This means that KLM must maintain an especially resilient network. Less demand on some routes is compensated for by opening up new routes. Additionally, KLM is strengthening its position in the market – in this case, Ireland, the United Kingdom and the Middle East. 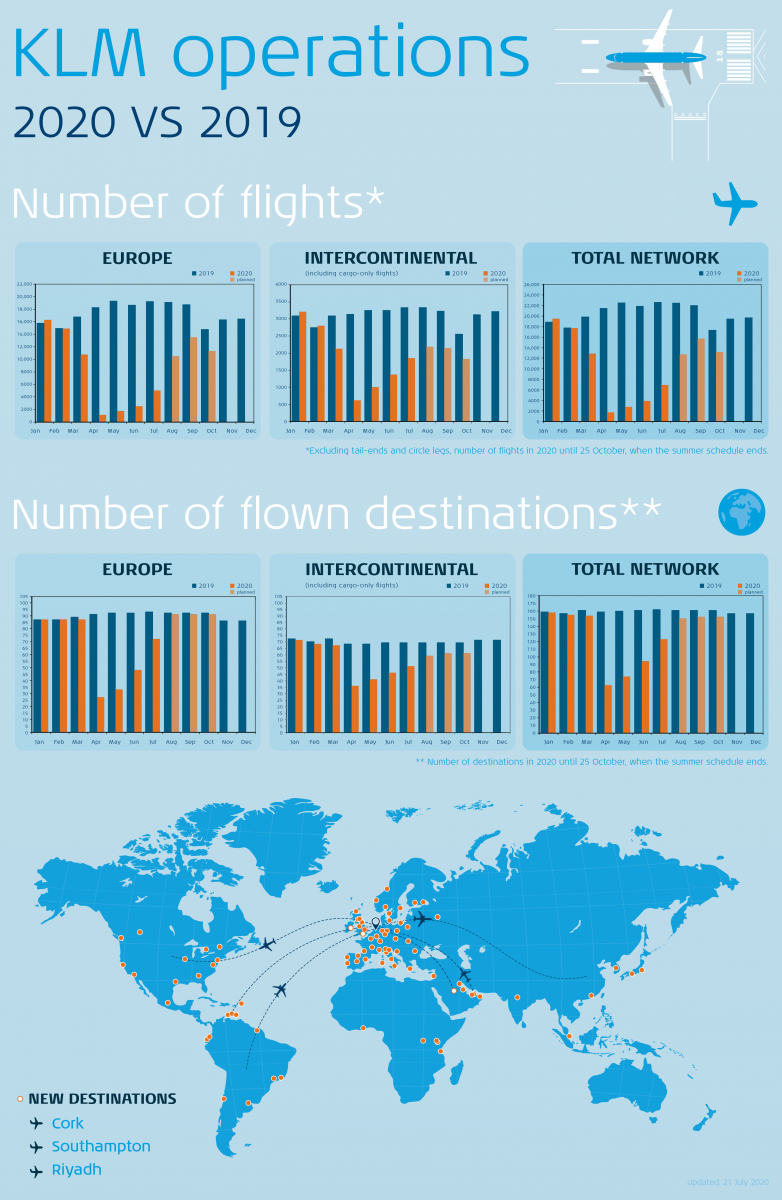